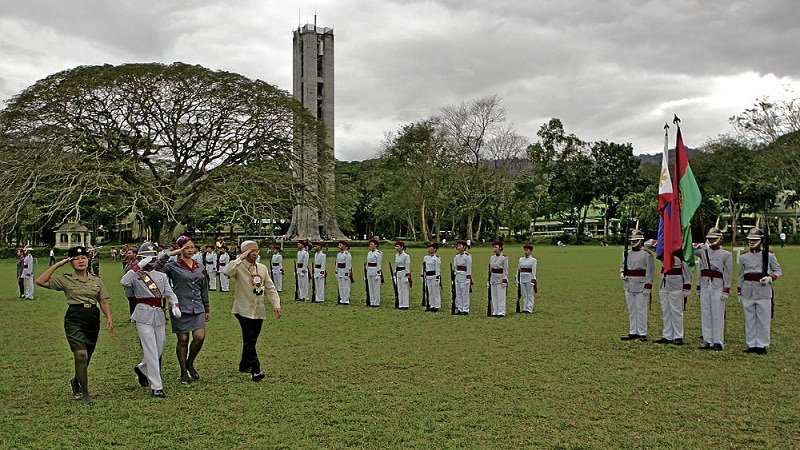 Another day in this country is just another day for the president to make headlines in the news. Yesterday, the government announced that they were bringing back mandatory ROTC in high school. (This is of no relation to the issue, but the Agriculture Secretary, of all people, made the announcement.)

We don’t have to go into too much detail to tell you that ROTC isn’t really a good idea. It’s already turned out to not be a good idea in the college level (just Google “ROTC hazing” and you’ll find a whole list of news stories on incidents across different universities), what more when the kids are just in high school, and are possibly meaner and certainly more immature?

There’s a reason, a whole lot of them actually, why ROTC is only optional in college. You can be patriotic and love your country without having to train as a soldier, even if we do need soldiers. Our conspiracy theory gears also tell us that if this happens, there’s no stopping the government from conscripting and militarizing the youth in silly endeavors like, say, the war on drugs and the poor.

The good thing about this bit of dreary news is that just because President Duterte approves of it, doesn’t mean it automatically takes effect the next school year. Congress would still have to go through the motions of amending Republic Act 7077, the law that puts together the civilian part of the Armed Forces. It’s a little but significant nuance that gets lost whenever a headline only says “Duterte approves of so-and-so,” so there’s no reason to worry just yet. There’s still time to stop this.

SHARE#InScoutWeTrust. Cut and sewn by hand. Fitted loose. Made in collaboration with Proudrace....