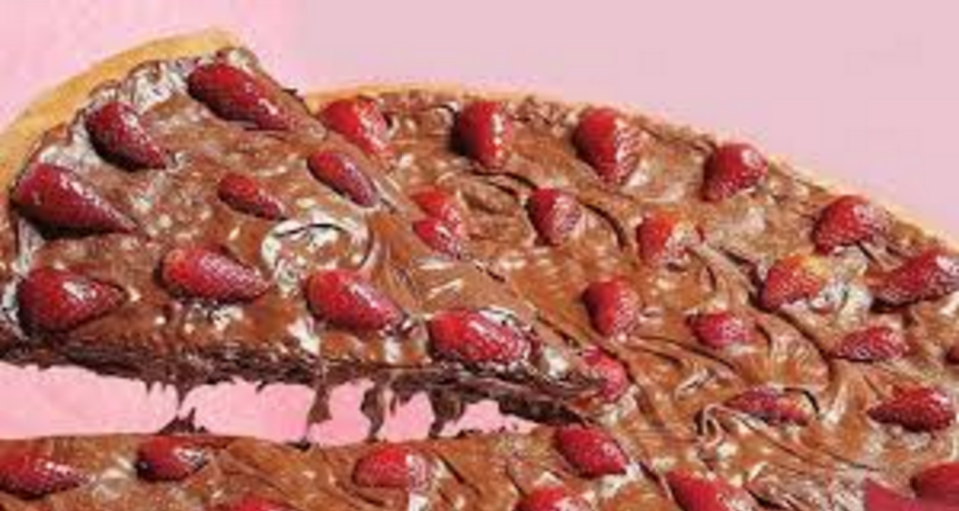 My personal motto is that you can never go wrong with desserts. They’re sweet, tasty, and normally really fun to eat. But what happens when you mix outrageous flavors with the ones you love best? An unexpected and exciting adventure for your tastebuds. Here, we list down eight uniquely conceptualized desserts that the regular sweet tooth has probably never expected to try. For real–you’ve gotta try these.

Sebastian’s is widely known for their strange ice cream flavors. For the past few years, they’ve gained recognition for producing unconventional, hugot-themed flavors for Valentine’s Day. This year, their infamous ampalaya flavored sorbet called “Unresolved Issues.” While it was only available throughout the month of February, along with their Cheetos-flavored “Matinong Girlfriend,” Sebastian’s has still got a lot of weird concoctions you can try out for yourself, like their green mango and bagoong sorbet as well as their champorado and tuyo ice cream.

The expression on my face the first time I found out about this peculiar dessert was definitely not pleasant. I mean, who in their right mind puts ketchup on their ice cream?! For some reason, chefs Miko Aspiras and Kristine Lotilla managed to make it work. The result is a blast of flavors in your mouth which are all creamy, salty, sweet, and savory all at the same time. It’s technically full of junk, but it’s pretty damn good junk. Want to try another unique dish? You can go check out their newly launched Lemon Chicken Ice Cream.

Okay, salted egg isn’t weird at all when it comes to desserts. But what’s interesting about these black egg custard buns is that they’re…well, black. Not only are these buns very Instagrammable, but they’re also fun to play with–it’s like splitting open a bunch of rocks and finding oozing golden liquid inside. The black gold egg custard buns are also the restaurant’s house specialty, so it’s a guaranteed must-try.

As sinful as it sounds, there’s a bunch of great snacks that mix both sweet and salty together–except this one turns a beloved Filipino favorite into something even better (or rather, unhealthier). Gino’s Brick Oven Pizza, like Sebastian’s, has quite a menu filled with odd desserts, including their Nutella Soup. Chocolate chicharon takes some time to get used to, but it’s more or less similar to chocolate-covered potato chips, except a lot more savory. You’ve gotta let yourself experience it at least once.

Ice cream ramen was a trend that hit Manila in 2016 after The Dessert Kitchen opened and placed it on their menu. The Dessert Kitchen has actually got a bunch of exotic desserts from Asia, but this by far is the most interesting to both eat and look at. The ramen noodles are actually made of Kanten (Japanese jelly), and it’s placed on top of a mound of crushed ice mixed with condensed milk. You can pick which flavor you want to have your ramen with. It’s cold noodles at its absolute finest.

Liquid nitrogen makes everything more fun. We couldn’t pin down one specific thing on The Icescreamist’s menu because they’re all desserts that you can’t find anywhere else. They’ve got their own versions of strawberry cheesecake and classic tiramisu, drenching them with smoking liquid nitrogen. This Maginhawa spot is mostly known for their Dragon’s Breath S’Mores and they encourage you to breathe out the smoke from your nose like an actual dragon.

S&R is taking pizza to whole new levels. Yesterday, the company just announced their new flavor called the Nutella Strawberry Dessert Pizza, which took social media by storm with baffled netizens sharing this crazy dessert. Who needs cheese and pepperoni on your pizza dough when you can slap on Nutella hazelnut spread and strawberries? It sounds insane and very, very unhealthy, but we’re here for a good time, not a long time. 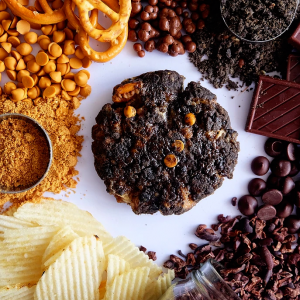 You read right. Compost, meaning trash. This rockstar of a cookie has got all the junk food you can possibly think of. The Bald Baker himself Cy Ynares describes it as “A chewy vanilla cookie loaded with basically everything in my kitchen.” Said ‘everything’ includes cocoa nibs, chocolate coins, Ruffles potato chips, chocolate covered Rice Krispies, pretzels, rolled oats, marshmallows, Oreo bits, and a lot more. It’s a literal mouthful.

SHAREFor the first time in five years, MGMT’s going to release their newest...

SHAREBehind every good horror film is a convincing performance, goosebump-inducing SFX, carefully made...