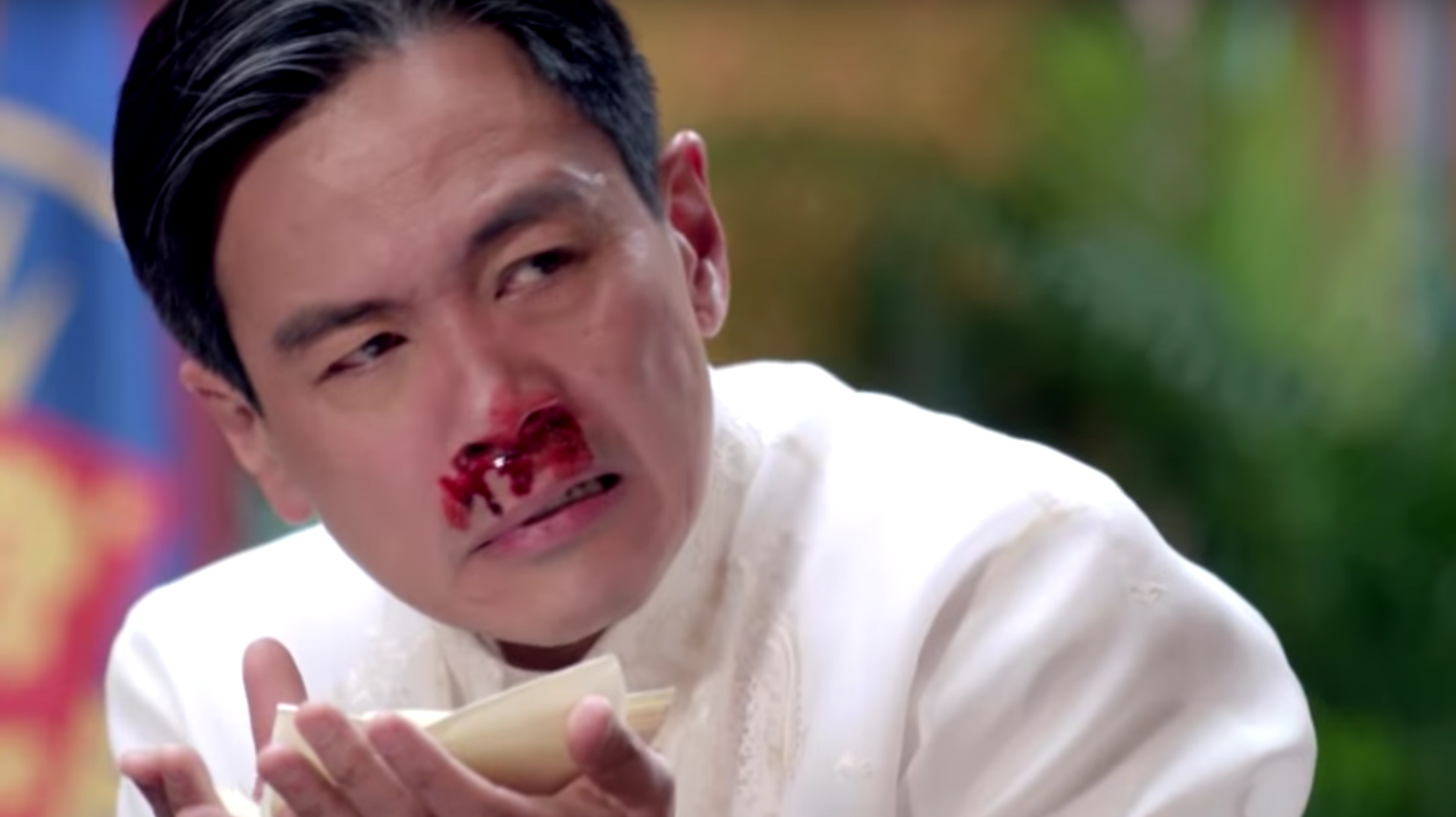 Ever since June 30 of last year, or even before that, a lot of us have had fantasies of varying degrees of violence involving local politicians. We’ve always wanted to sock local politicians in the mouth (at the very least) for the longest time, and who thought it would have to take a really shitty leader and an American TV show to make these dreams a reality?

Madam Secretary, a political drama on US network CBS, aired a promo for an upcoming episode this week that sees its protagonist, fictional US Secretary of State Elizabeth McCord (played by Tea Leoni) punk out the fictional Philippine president Datu Andrada (played by Joel dela Fuente) after he seemingly makes inappropriate advances toward her, as implied by the teaser. If that president sounds and looks familiar, then we don’t think it’s coincidental; Datu Andrada acts a lot like a certain current president of the Philippines, and Joel dela Fuente looks eerily to us like Xian Lim if he were the grandson of the late dictator Marcos.

The Philippine embassy at Washington got butthurt, as expected, but I wouldn’t be surprised if someone did think the portrayal of himself was actually accurate. Check out the straight heard around the world:

So… that’s totally awesome. I kinda feel like dude had it coming, for some strange reason I can’t quite put my finger on.

And really, why stop there? There’s a whole roster of local analogues asking for a punch to the nose. I mean, we really, really don’t advocate violence over here, but sometimes you get fed up and hit back out of frustration (and self-defense). Here are a few of my suggestions for new Madam Secretary characters:

That’s all I can share for now; any more and I’d really have to hire a bodyguard. But if you’ve got any ideas of your own (that involve self-defense, keep in mind), we’d love to hear them.

SHAREWe’re a few days away from Independence Day. Though our democracy has been...

“Wow, Sam should be an idol or something”