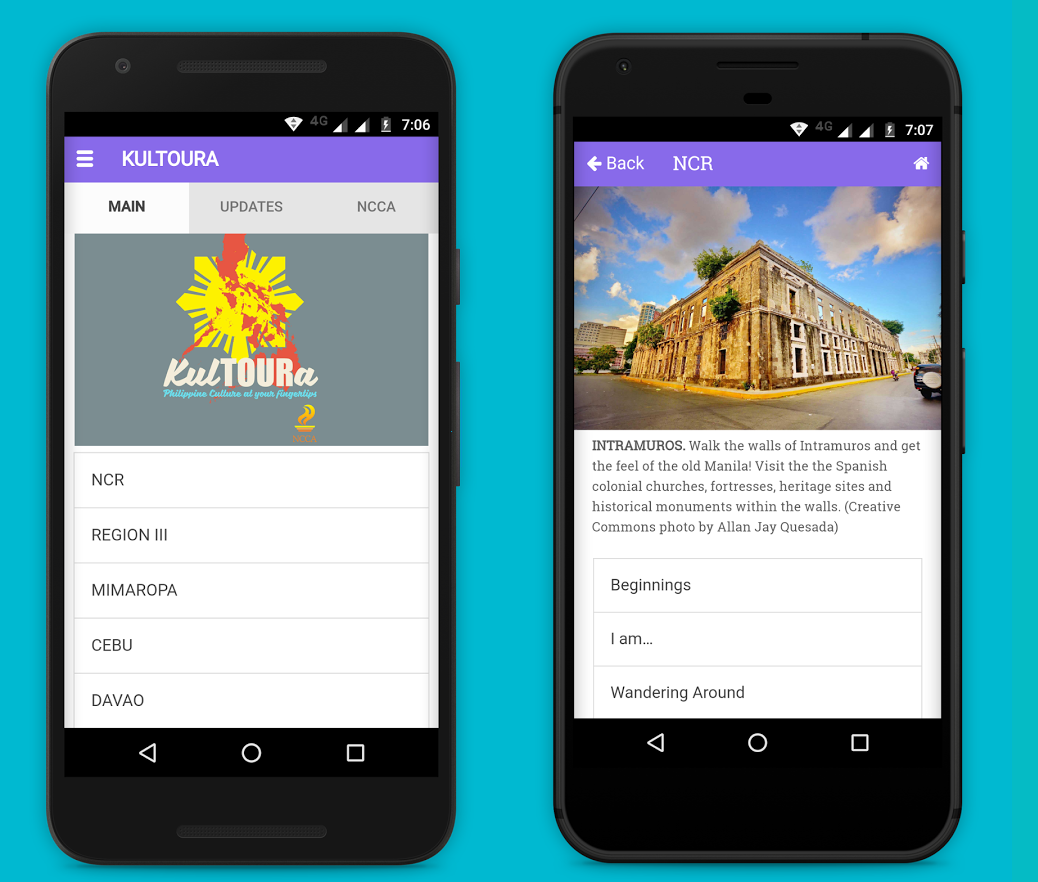 Anyone who has ever been on a tour knows that it’s not the most relaxing experience. You are rushed from one landmark to the next with the tour guide hastily giving you the gist of each place, and before you can even truly appreciate it your time is up and you’re on your way to the next place on your itinerary. Let’s be real, when you’re rushed the magic of travelling tends to be sucked out of your trip. You’re more focused on keeping up with the group rather than the place you’re in, and because of this some tourists have opted to just casually wander on their own. 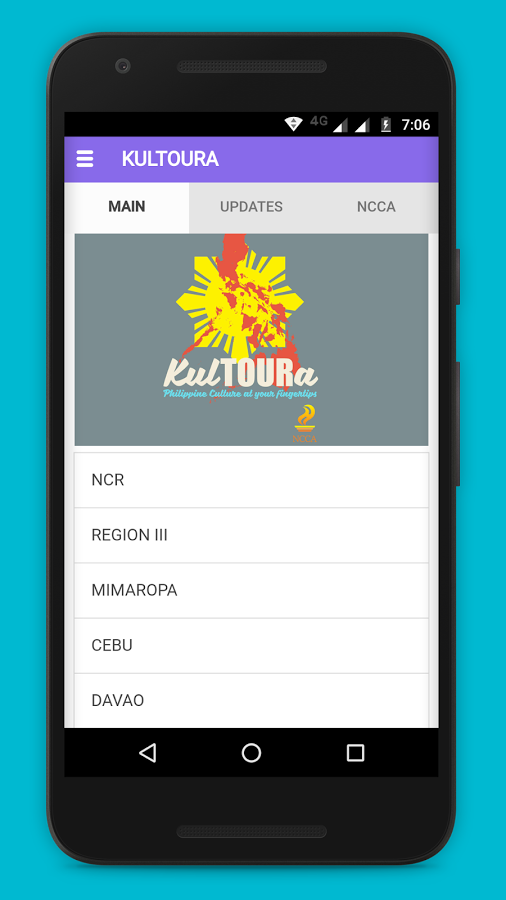 In honor of Jose Rizal’s 156th birthday the National Commission of Culture and the Arts (NCCA) and the Department of Tourism (DOT) have teamed up with Smart Communications Inch and Inno Pub Media to launch KulTOURa. The cleverly named app will allow you to become your own tour guide seeing that the app will give you access to information on churches, landmarks, heritage sites, nature parks and etc. Depending on which province or city you choose on the menu, people will also have access as to who are the key historical figures of the place and information of the local delicacies, which is pretty handy when you want to buy pasalubong by the bulk.

The only downside to this is that they won’t necessarily get as much information compared to what they would get if they were on a tour. Yeah, it’s a small price to pay, but if you want to relax and enjoy your trip sometimes it’s simply just the best option. In an age where technology is getting more and more accessible, those who wander now get to be informed too.

Get it for iOS and Android.

SHAREFans are undeniably the salt of the earth. But when they go overboard,...

SHAREYou’ve all heard the tale of Hachiko, the loyal Akita Inu who stood...

SHAREIn an effort to establish ourselves as tastemaskers, us, the Scout team, listed...