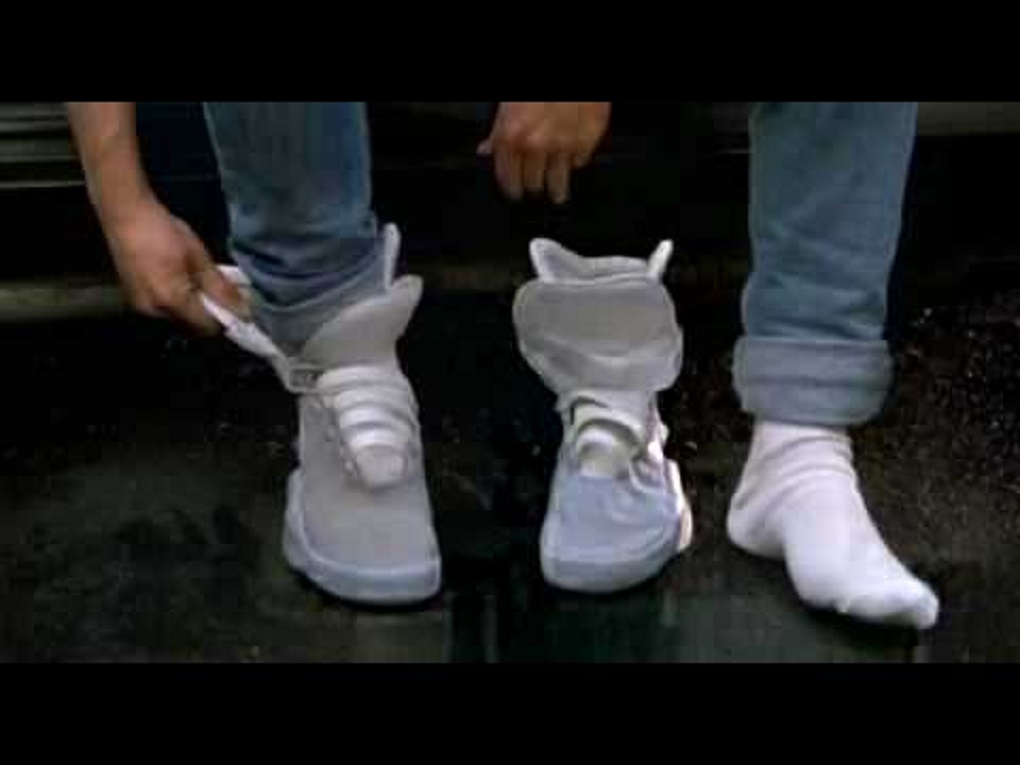 The “self-lacing shoe” was first introduced to us in 1989 in Back to the Future II when Marty McFly puts on a pair of Nikes with laces that tie itself, in the year 2015. Now, two years after the classic blockbuster’s envisioned future, we’ve seen two versions of these self-lacing shoes so far.

There’s the first version that came out last October: the Nike Mag, and unlike the one in the film, the limited-edition replica shoes didn’t self-lace. While 89 pairs were given away through raffle tickets sold to raise money for the Michael J. Fox Foundation, another three were auctioned off in London, New York and Hong Kong. It notoriously became known as the “most expensive shoes” ever sold in an auction, ultimately bought by a fan at $104,267 in Hong Kong.

However, the Mag didn’t self-lace; fans still didn’t get the shoes of “the future.” That is until two months after in December when Nike released the HyperAdapt 1.0. And these shoes are definitely “self-lacing.”

Instilled with the technology to adapt to the foot, the self-lacing shoes automatically adjusts to your feet’s condition, but also comes with built-in buttons that allow you to micro-adjust the fit by pressing buttons to loosen and tighten the laces. It’s an innovation that combines digital, mechanical and electrical engineering into one; one dreamt over 20 years ago by then up-and-coming designers of Nike: Tinker Hatfield and Mark Parker, and made true by 37-year-old engineer Tiffany Beers.

Tapped by none other than Tinker himself—who’s now the VP of Design and Special Projects—it’s come to our attention that the $720 sneakers was made in five weeks.

Photo from Back to the Future II/Robert Zemeckis

SHAREBy Samantha Clerigo Volume Sliders now? Really? Just when we thought that a...

SHAREIt’s been an evening since The Atlantic dropped Alex Tizon’s personal longform essay “My Family’s...