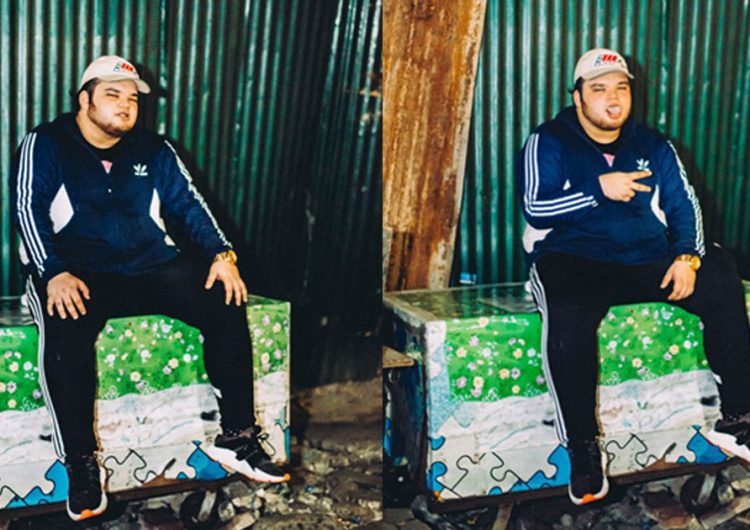 Here we were, right in front of Mow’s on a Friday night: Me, awfully cognizant; Glette, who I just met that night, very much sober; and Simon, a.k.a. YUNG $IMON, carrying a backpack and clutching a cigarette, not sober. I knew because he said so, but to be honest I couldn’t tell the difference if he was or wasn’t. We ducked out of the gig for 20 minutes or so, shooting him around the area while I carried his backpack and started asking him some questions about his latest album.

He was cordial the whole time, cracking jokes, relaxing. But towards the end we both decided it would be better if I interviewed him online instead, so he could gather his thoughts. During the online interview they day after he typed the same way he talked. 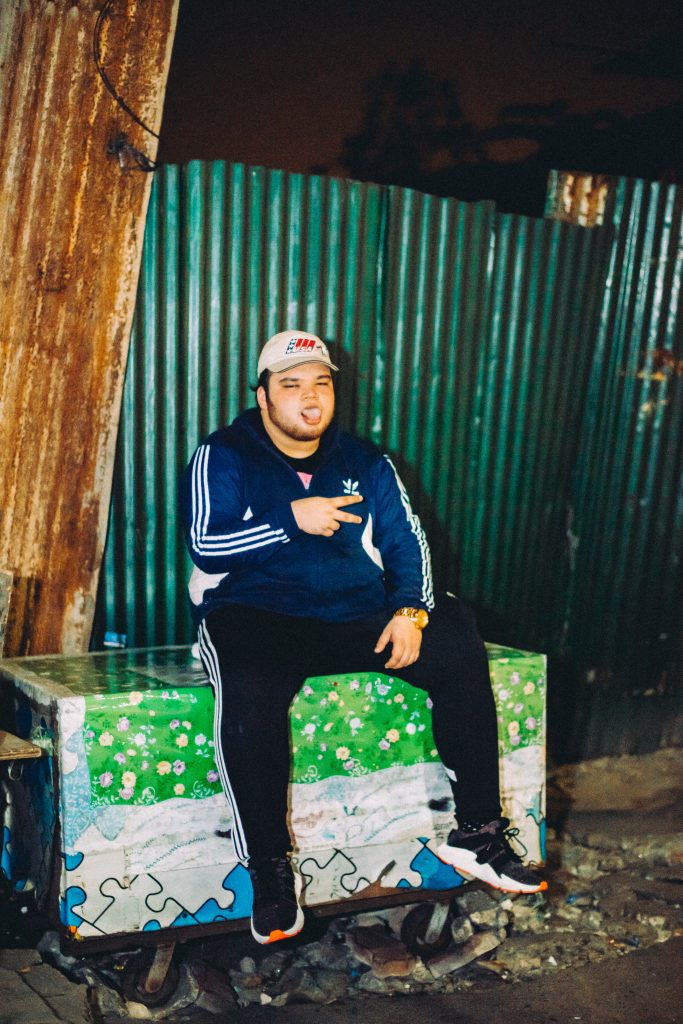 Who would you say are your influences when it comes to your sound?
That’s hard to say. I listen to a lot of artists from different genres, get influenced by their music and maybe write something down and start to create off of that. So lots of my sounds are different, like my influences can go from The 1975 to Bowie to Earl Sweatshirt to Joji. There’s not really that one person who mainly influences me, but I would say Mac Miller changed my direction in rap and made me experiment more things rather than sound like a try hard eminem with personal issues LMAO.

Some of your songs feel like they’re directed towards someone specific. Is that the case?
Definitely. I don’t want to bring shade to anybody. I’m just being honest about what I feel at the moment, I could be feeling different about that person tomorrow you know? I’d write in the heat of the moment and say stupid shit, but then that’s where the expression comes out. Music is like therapy to me. 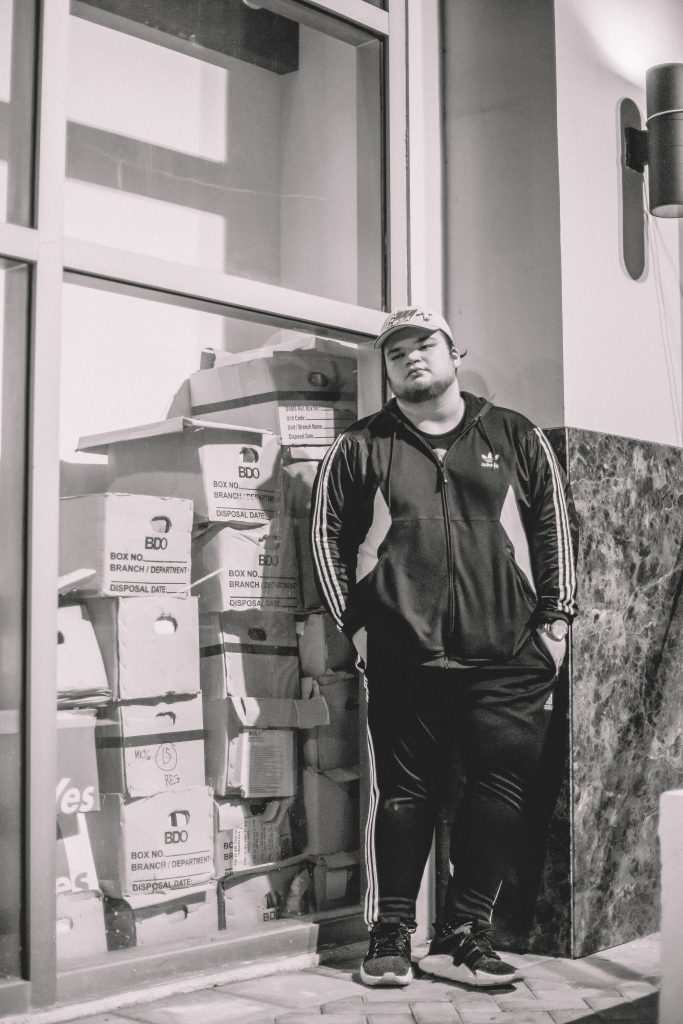 What would you want people to feel when they hear your music?
In a situation where they would be on my Soundcloud, if they click on the right track, they might like the song, but if they click on my darker shit they might just turn it off and feel uncomfortable, Im not really catering to anyone, so it’s fine if they put it down, like, good luck to you and enjoy your life your own way my fellow human.

How did you get boy pablo to be part of your project?
I played my track “ake me back to the paradise pier” and his song “ur phone” automatically played after as part of the suggestions playlist on Soundcloud, and I really loved the song, so I messaged him through Soundcloud asking if I could use his hook for a beat just before he blew up. 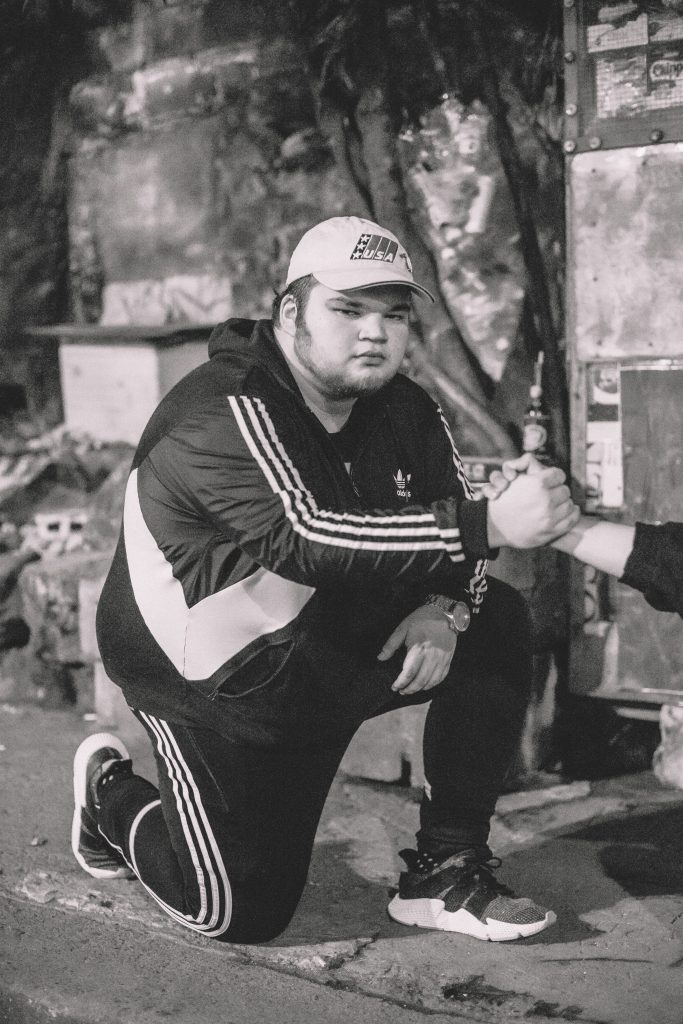 Do you think the music your songs are categorized in would be better received if it were released five years ago? Who do you think paved the way for rap to get this dark?
Maybe man. I mean, ever since [Lil] Peep passed away, a bunch of people who dont necessarily listen to darker music have gotten into it, but I would definitely say Eminem started some really dark shit at the start of his career and at his peak and that influenced a wider audience as he hit the top charts, like we got people like Tyler, The Creator and Earl Sweatshirt heavily influenced by Eminem in the start of their careers, but right now there’s a way darker wave that doesn’t have the sarcasm and dark humor that eminem and others brought through the early 2000’s to the early 2010’s, with the likes of ghostemane, bones, $uicideboy$, etc.. all coming up and getting bigger by the day.

YUNG $IMON of NOFACE RECORDS is part of the wave of rap artists stretching and twisting the edges of hip-hop and his sound could remind you of Lil Peep, Earl Sweatshirt, and Eminem in terms of lyrical inspiration. The title of his latest project, beyond repair, is a dead-on indication of what his music is about: personal issues tinged with aggression and negativity, drug-addled musings, and heart-wrenching confessions. With songs produced by several notable producers including skinxbones, crwn, and similarobjects, and a hook from boy pablo, beyond repair is an interesting project to say the very least. 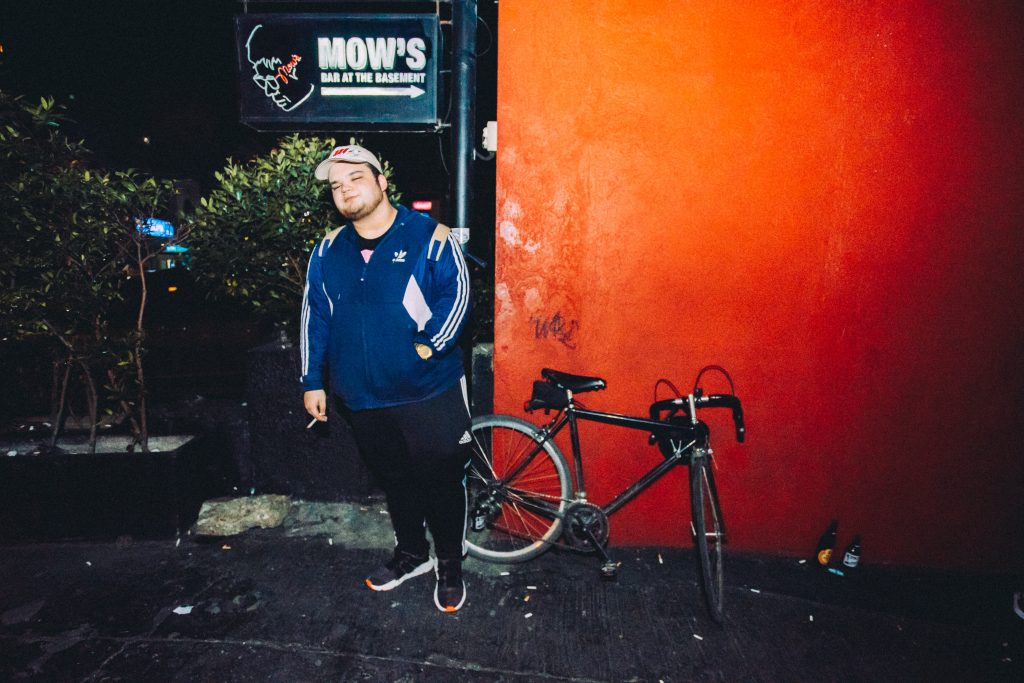 That said, it’s uneasy listening when the beats get harsh and his voice gets warped and the lyrics get dark, fast. It’s not something I’d pop in the car audio system while I’m driving across Big Sur to San Francisco. It’s music to play when you take a drag from your nth cigarette at five in the morning. It’s hazy, disenchanting, but sometimes this kind of music–emo rap or whatever you call it–just gets you at the current state you’re in.

It’s easy to dislike both YUNG $IMON and his music, to critique his delivery or to attack some of the things he raps about in the album. He’s not infallible. He’s not trying to act tough either. Vulnerability is all over beyond repair, cutting deep in “Negative Woman” and my personal favorite “Happy Monthsary.” This album is an attempt at feeling catharsis from a voice that has something to say as much as having the desire to be heard.

Listen to Beyond Repair here:

SHAREThe work-from-home setting isn’t exactly for everyone. Surviving this setup is today’s extreme...