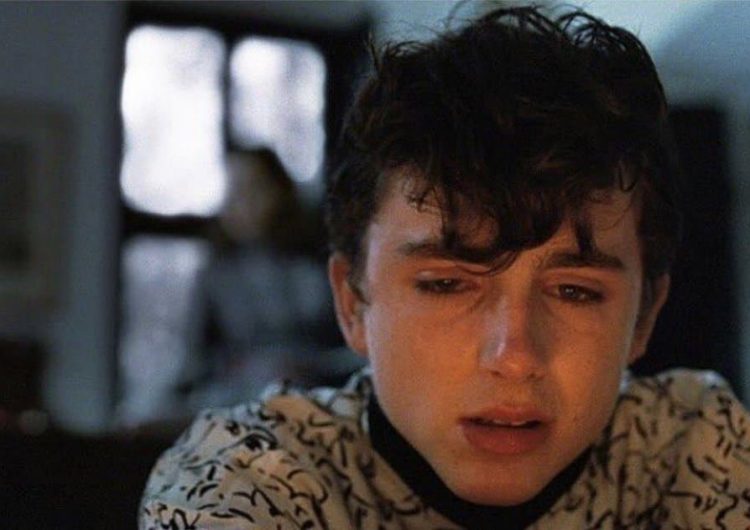 Happiness is a choice, they say. And to that, I say bullshit. We live in a world where people who seem to go through life like a breeze are praised, while those who expose their hardships and vulnerabilities are deemed weak. We are bombarded with talks on positivity, optimism, and how we should look up to this guy or that girl who got through rough patches with smiles on their faces. We’re supposed to choose to be happy, as if it’s the right way of living, and hinder sadness from taking over, because apparently, that means we’re weak and we’re quitters.

Crying, being sad, and admitting that we are not okay shouldn’t be misconstrued as signs of weakness. For one, simply admitting that you are not okay is, in itself, a very daunting task. And second, being one with your present feelings, and letting yourself wallow in it, is a way being honest with yourself (remember that touching Call Me By Your Name speech delivered in the end by Michael Stuhlbarg? Yeah, the one about finding comfort in your own sadness). When you become honest with yourself, that’s how you begin to get better.

I used to be that person who never cried. You can show me a bunch of tearjerkers and I would probably just yawn and ask when it’s about to end. I was never the type to be attuned to my feelings, because like everybody else, I viewed it as a weakness. I was that strong girl who didn’t cry even when I got hurt or embarrassed, and for a while, I took it as a compliment. I prided myself for being emotionally strong.

A few months after my dad died, I was diagnosed with bipolar disorder, and someone told me that I wasn’t really bipolar. She said that I just didn’t know how to rationalize my grief, because I’ve always been strong, and because I’ve always had a happy family. She was wrong to say that I was misdiagnosed, but she was right when she said that I didn’t know how to rationalize my emotions. Grief was foreign to me. Sadness, even more so. I lived my life with a strong facade, and it all crumbled when I didn’t let myself feel what I was supposed to feel. I didn’t know it then, but I now know that sadness is normal. It is not a sign of weakness.

Positivity is good, but in small and realistic doses

Mark Manson’s book The Subtle Art of Not Giving a Fuck taught me two things: 1) Positivity is shit, and 2) You can only use as much profanities in your work until it becomes cringe-y. He stressed the fact that these positivity mantras that are all over today’s culture is really just a subtle dig at our inadequacy. We think we’re being optimistic, but really, we’re just focusing more on what we lack compared to other “successful and happy” people.

Having that positive outlook in life is okay because it motivates us to be better, and because it helps us see the good in every bad situation. But on its extremity, positivity is a cancer that would make us think that feeling anything other than positivity is wrong. It will push us to do things, yes, but on the flip side, it also pushes us to hurry our feelings, because we shouldn’t let sadness take over for even one second. It makes us see sadness like a problem to be resolved, instead of the normal human emotion that it is.

The next time you’re feeling down and all these people around you are telling you that all you need is some positivity, just think about the Disney movie Inside Out and how annoying Joy is because she vehemently tried to suppress Sadness. But actually being sad led to the kid’s happiness. Don’t let what other people expect of you to muddle with how you presently feel. Embrace that sadness, let yourself cry, and eat some chocolate because it really helps. Let yourself feel what you’re supposed to, and then wake up strong enough to face a new day.

By Bea Amador
Photo from Call Me By Your Name

SHARESubcultures could define a generation’s youth culture. Back in the ’70s, young punks...