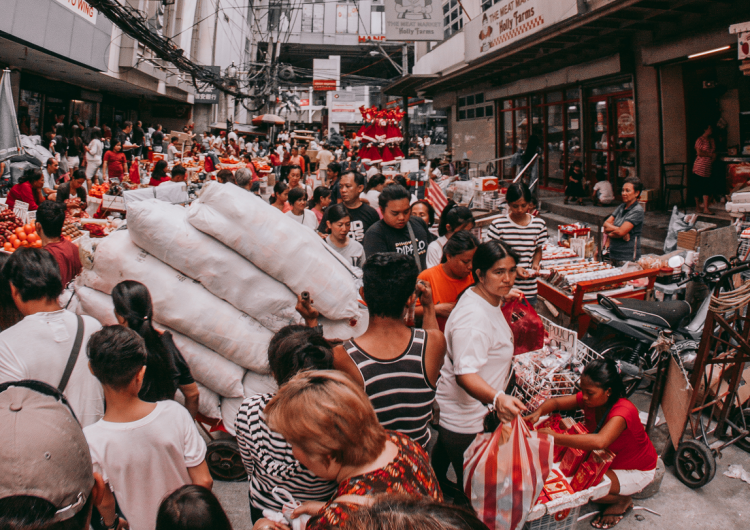 When in Manila – Let’s take time to look on the reality. A perspective that cannot be unseen, but can be change. pic.twitter.com/LGfFCxQJq9

Part 2 of When in Manila – The picture speaks for itself. Do your part. pic.twitter.com/ebtBqxuXa5

Intrigued, I DM-ed him to ask him a few questions and James turned out to be a 17-year old Multimedia Arts grade 11 iAcademy student, who had taken photos for a class under the theme “Humans as Calamities.” Provoking the thought that we, humans, might actually be the real cause of the deteriorating environment, he, in a time when most are on the lookout for the next IG-worthy “aesthetic” shot, found his unlikely muse at Divisoria. Straying far from the usual quietly tucked hipster-esque closed store, or beautifully color-coordinated streets, James instead with his Canon EOS 60D and EOS 70D, captured the crowded filthy garbage-covered streets of Divi in raw, as we see it all.

SHAREToday’s the day. The day that GOLF designer, rapper, artist and former Odd...

SHARECongress held a committee hearing for the Anti-Discrimination Bill yesterday, and by all definitions,...