Like the other two National Museums (National Museum of Fine Arts and National Museum of Anthropology), the National Museum of Natural History is housed in the former Department of Tourism building in Rizal Park near the Agrifina Circle. All three museums are within walking distance to each other making them easily accessible to the public. This somewhat alludes to the Smithsonian Institution in Washington DC being surrounded by important landmarks of the United States. 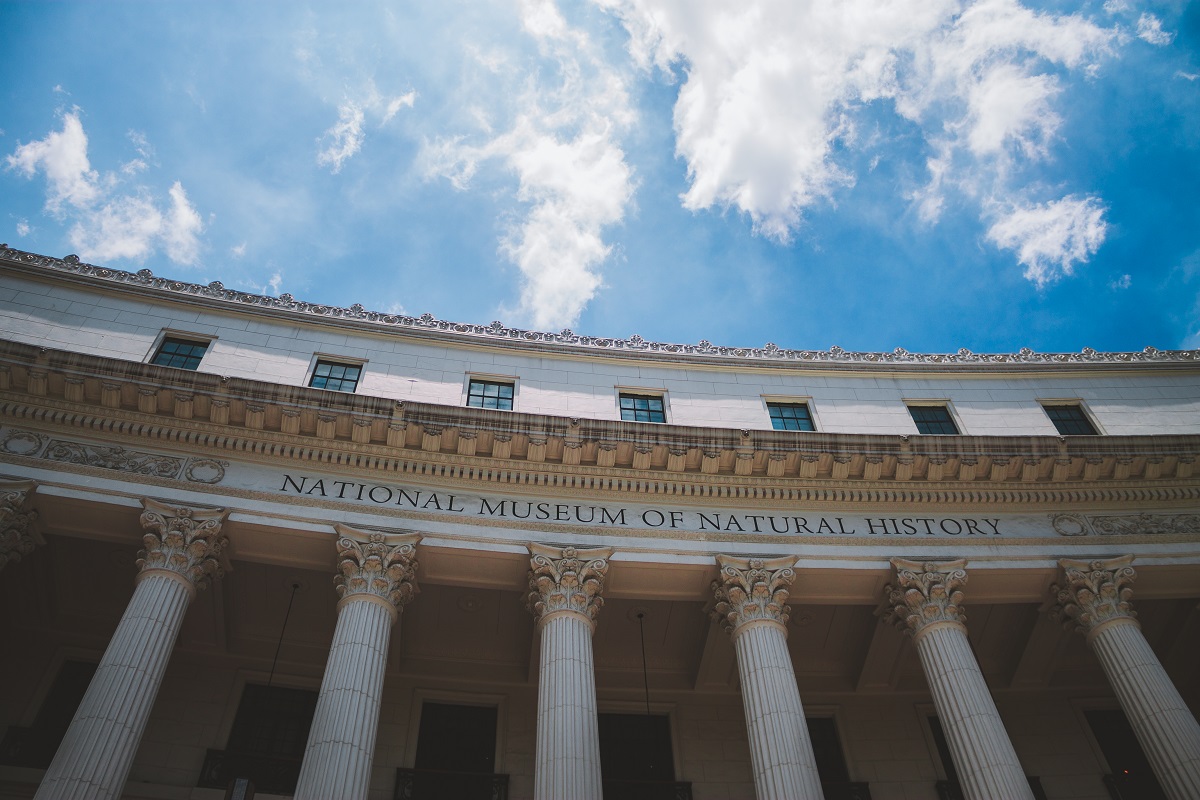 In retrospect, The Natural History Museum focuses on the biodiversity and ecosystem of the Philippines. The exhibits are mostly taxidermied animals that are local to our country–preserving the seemingly lost treasures. The usual suspects such as the Philippine Eagle and a real life replica of Lolong, the largest Saltwater Crocodile in captivity, can be found here. If you haven’t been living under a rock the past few days, you might have already seen the numerous photos of the “Tree of Life” in the middle of the main atrium. It’s basically an elevator which brings you up to the fifth floor, granting you an amazing bird’s-eye view of the museum. From there, you work your way down. 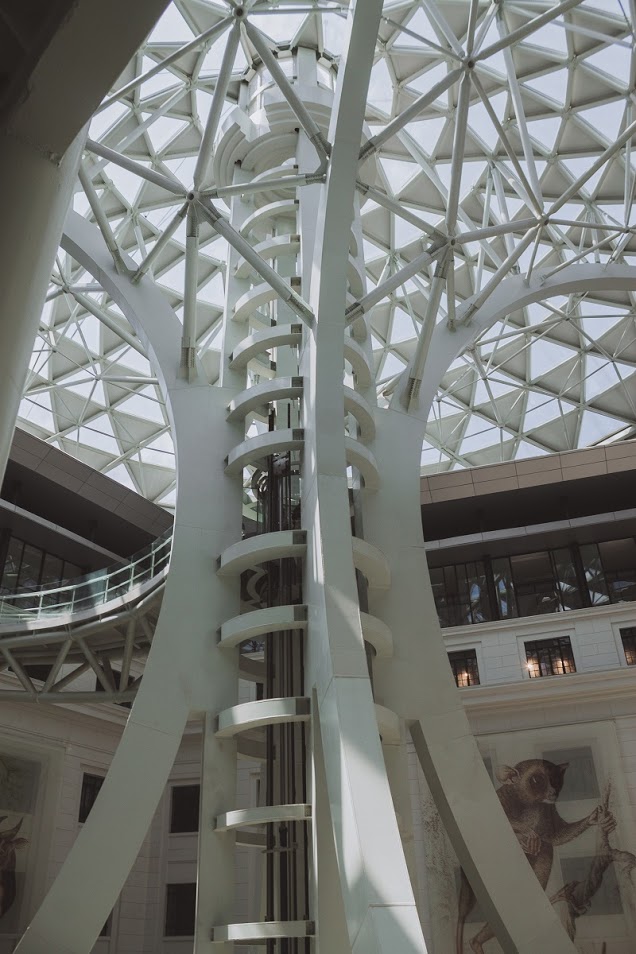 Aside from the fascinating exhibits of the different species that make up the biodiversity and ecosystem of the Philippines, the museum is pretty interactive and encourages hands-on activities for children such as drawing tables. The National Museum of Natural History and the other two museums are positive developments in a country overwhelmed with political atrocities. This easily marks itself worthy of visit.

SOME PREP FOR THE MUSEUM

Before visiting the museum, it would be a good idea to consider the time and day you wish to go. You can try parking beside the Natural History Museum, across Manila Doctors but this is also used by patients of the hospital so it might be tough here. If you’re planning to visit all three museums, the Fine Arts Museum has parking along its driveway but no shade is available. The last spot to find parking would be beside the Anthropology Museum which has some shaded spots but they are limited as well. Ultimately, it would be much easier to commute.

Lines tend to get pretty long.

Access to the museum is gauged by the number of people in line. Think of it as a club and the bouncer only lets a certain number of people in at a time. If you aren’t in a rush to visit, try and wait for the hype to die down to avoid the line which sometimes goes all the way down the steps. Besides, not all exhibits are up yet so might as well wait to get the full experience.

Another reason the line gets long is because security is pretty tight in the museum. After going through a metal detector and x-ray machine, all sizes of bags are to be surrendered. The line for this is long as much as possible, take your valuables with you so making a second trip to baggage claim won’t take too much of your precious museum time.

Patience is a virtue.

A line to get in, a line for security check, and a line to deposit your bag. This is the part that will take up the most time but once you get through this, it’s all easy breezy after. Nature might also add up to your stress considering summertime sun, or the rain that will come in a few months. Be prepared for weather and the wait.

After testing your patience by lining up in the scorching heat, congrats, you’re finally in. It is the first steps to heaven after what seemed like purgatory. P.S. Please tell us you followed our advice or else you’re gonna have to line up again to deposit your stuff.

The museum’s vibe was very welcoming to say the least. If you’re familiar with the game Horizon Zero Dawn, the museum’s mixture of modern architecture and exhibits from nature actually give the museum a similar vibe (I’m exaggerating). Putting aside the exaggeration, the Museum’s one of a kind aesthetic makes the visit very light and soothing. With the “Tree of Life” being amazing at its job as the centerpiece, the glass fixture of the museum’s ceiling also allows sunlight to cast patterns on the floor.

The Museum personnel recommends that visitors take the elevator to the top floor and slowly work their way down. Sadly, as of the moment, only exhibits up to the third floor are available for public viewing. Hence, we insisted to start at the bottom, where illustrations of local animals such as the Philippine Eagle, Tarsier, and Carabao hang around the museum walls. 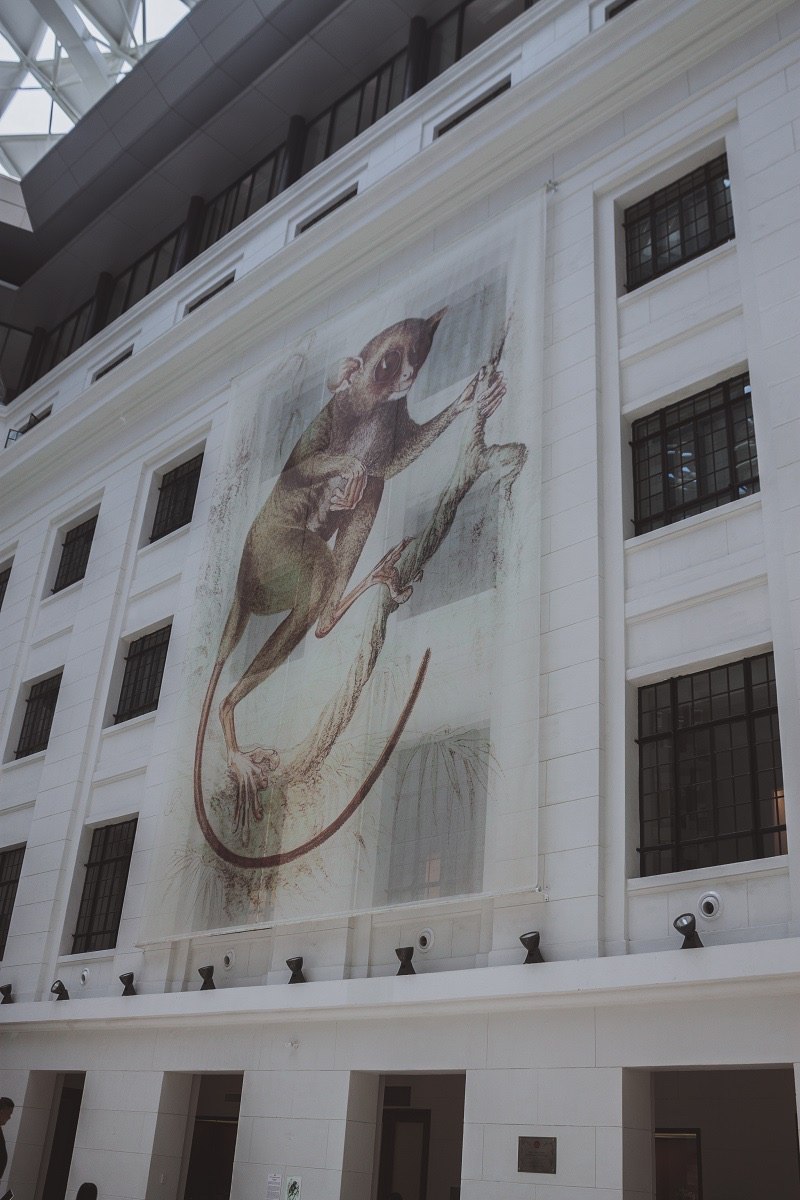 As if these attractions weren’t enough to welcome you to the building, a sculpture of national hero Jose Rizal’s head is displayed. The first floor showcases a variety of taxidermied species comprising mostly of different kinds of Philippine Eagles. As you make your way up the Tree of Life Foyer, prepare to see mass gains. A replica of Lolong, the largest recorded crocodile in captivity was there. To give you an idea of how big he was, an average man can fit in his stomach with a plus one and space to spare. 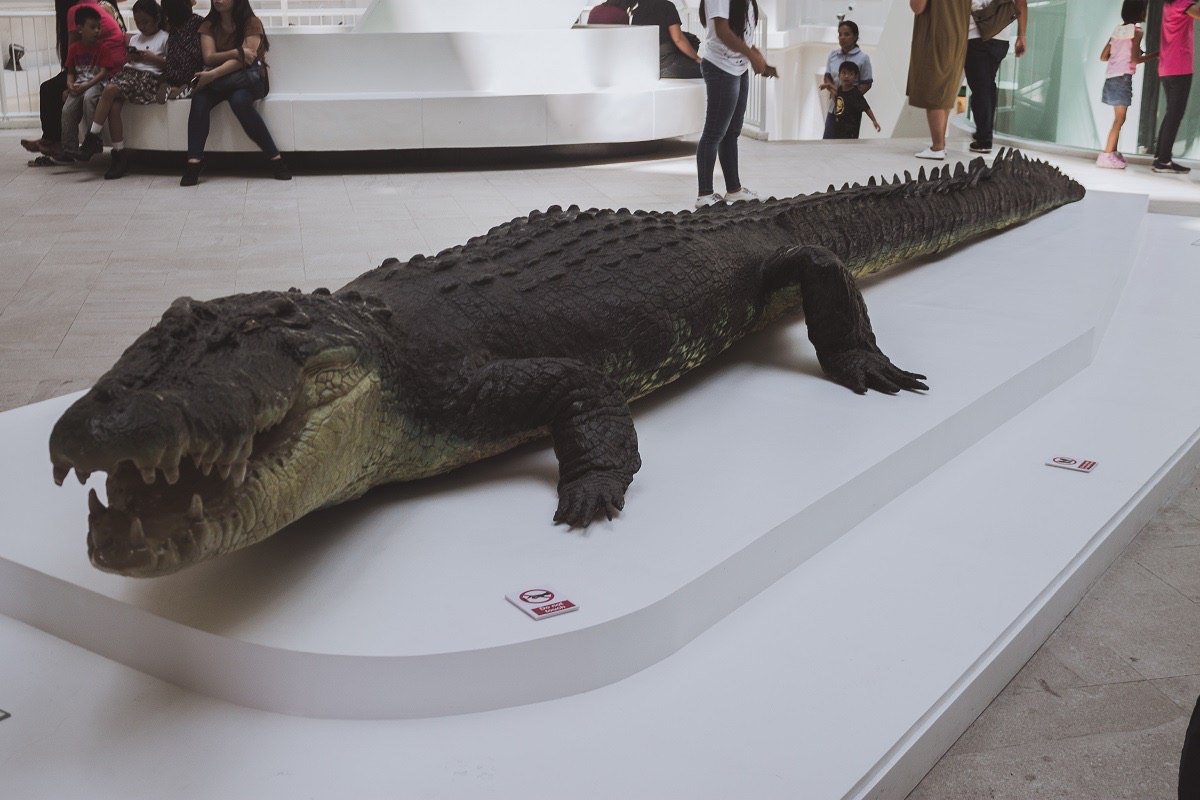 As you make your way up to the second floor, the museum will start to get more interactive. As you make your way through, you’ll see videos, guides, diagrams, and other illustrations emphasizing how rich our environment is. By engaging with visitors through different types of interactive set-ups, the Museum is actually built to have a conversation with you.

A digital version of the globe shows how the earth was affected by different environmental factors such as the eruption of Pinatubo in 1991. This section of the museum doesn’t only show how beautiful our environment is, but it also shows the consequences of abusing nature. 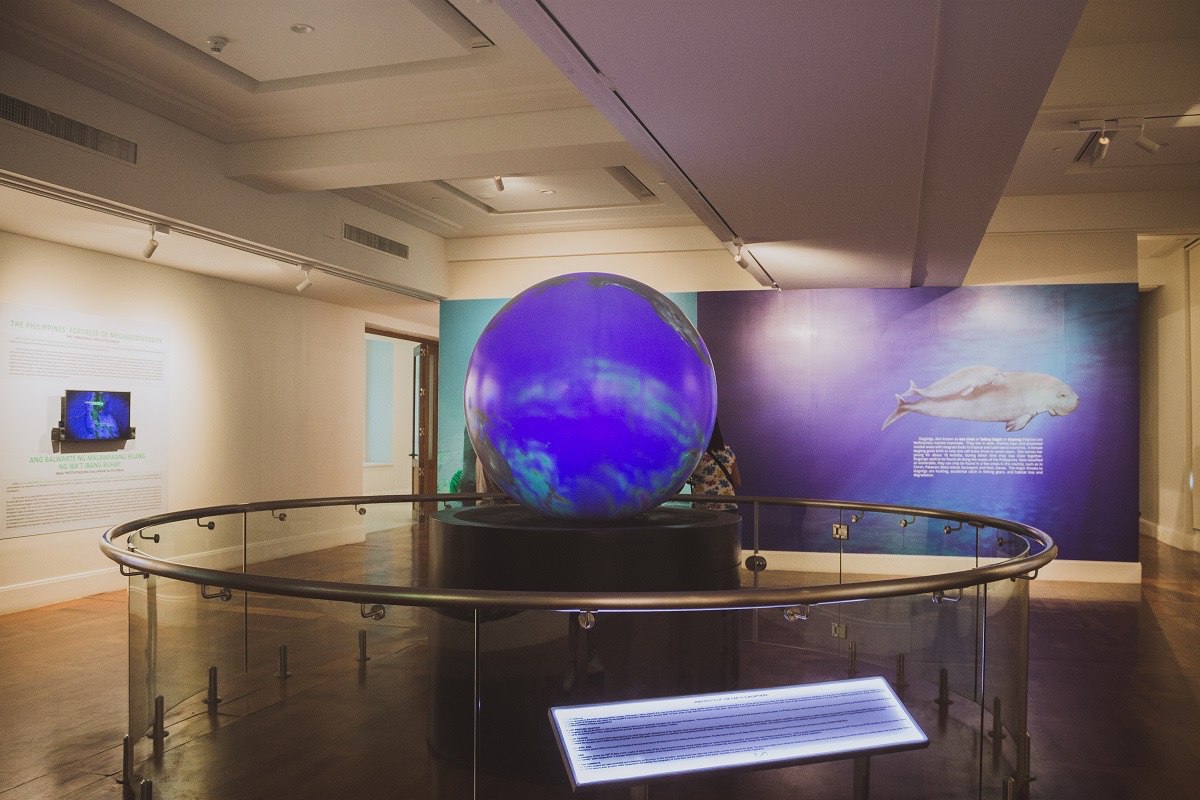 If you haven’t had enough of the killer croc, you’ll also be able to see his actual skeleton in the Ayala Reception Hall. 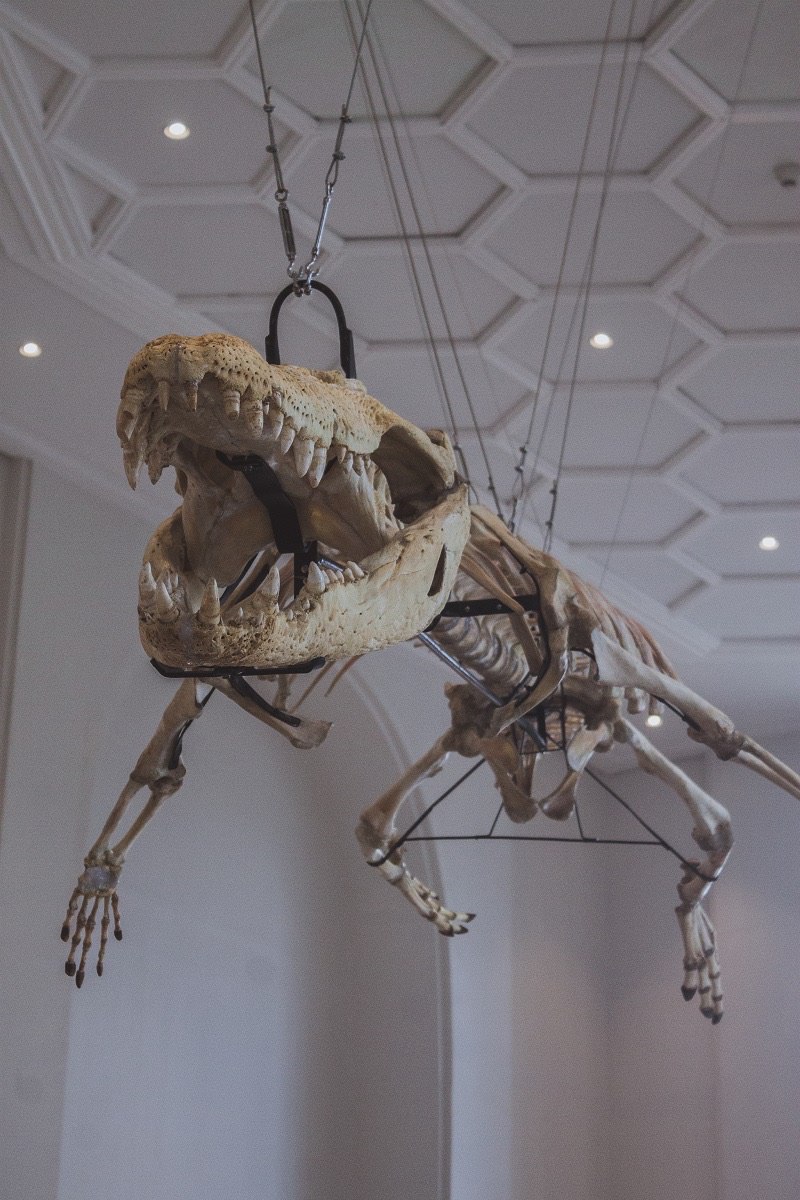 Similar to the exhibit located in the first floor, different types of Flora and Fauna can also be located in the following section. Even though the Museum is mostly based on scientific exhibits, visitors can also can get in touch with their artsy and philosophical side! This side of the Museum also showcases a little bit of history as we get to know more about Magellan’s batchmates. Dating back to the age of exploration, the works of pioneering naturalists of the country are displayed in this section. The Museum also has a section where visitors can actually trace and illustrate sample leaves. 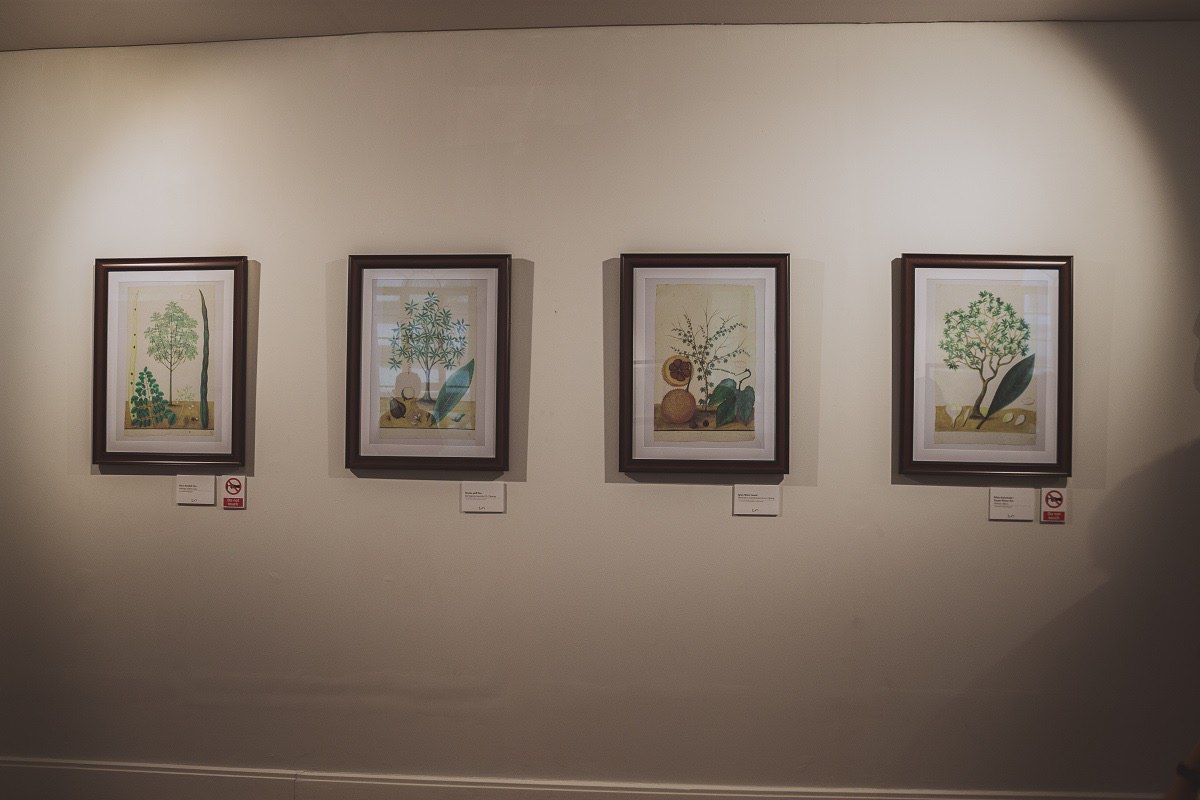 The final part of the museum is divided into two parts: a mini mangrove, and a marine life exhibit. The marine life exhibit submerges you (figuratively) under the sea. An interactive submarine welcomes you as you enter, and different videos of underwater creatures can be seen on its windows.This under-the-sea section also includes preserved specimens ranging from crabs to turtles, and displays giant figures of a manta-ray, dolphin, and whale shark. 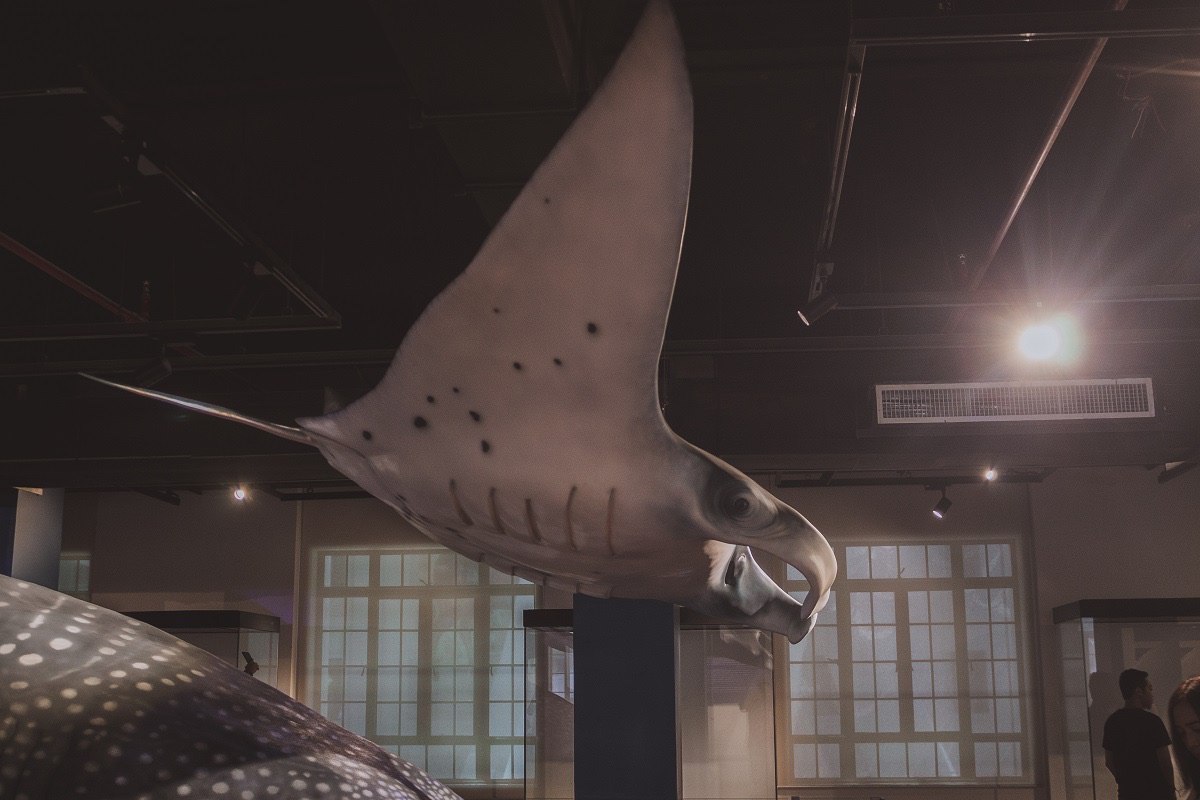 Similar to the marine life exhibit, the mangrove exhibit also includes specimen that have made mangroves their natural habitat. The gallery also recreates different types of beaches and how they all play a role in the sustaining the environment.

By now you should know that the museum is an amazing effort, even with 3 more floors of exhibits yet to come. Of course, no museum guide would be complete without a little advice to maximize your visit.

Museums are sanctums of creativity and purpose, NOT selfies. Although we don’t have anything against selfies, it is a shame to reduce works of art into a background. Reevaluate your intent, and give way to people who actually want to learn and immerse themselves. On first glance, the exhibits and figures inside the museum may look appealing and tempt you to take pictures but they’re more than that. Be considerate and appreciate them for what they are.

As we mentioned previously, you’ll need a lot of patience. You’ll see a lot of people cutting lines for their own convenience, touching artworks that aren’t supposed to be touched, and people who are just being plain insensitive and rude. Minimize your noise, don’t ruin the exhibits, or just be respectful. It’s going to be hard seeing rowdy people but be a good sport and don’t contribute to that.

Leave with respect for nature.

With all the bad things happening to our environment, The Natural History Museum’s main purpose is for us to develop an appreciation and interest for the good of its preservation. The intense heat proves a clearcut examples of Mother Nature crying for help, yet we refuse to take care of it. Hopefully as we enter the museum with an open mind and a never ending sense of wonder, we leave with the utmost respect and regard for life and the environment.

SHAREWhat happens if you and your friends decide to remake a Dua Lipa...

SHAREWe all have that one Stanley Kubrick film that changed our life. It...