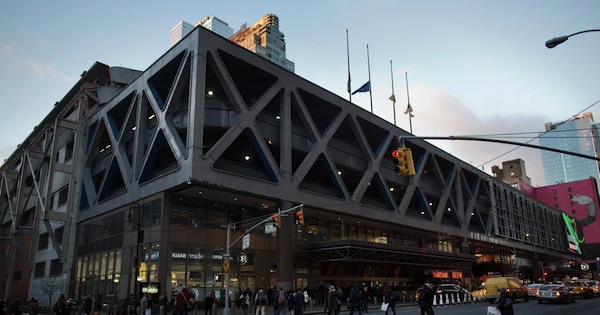 Jollibee Food Corporation is bringing its hamburgers,Chickenjoy, and other Pinoy goodness to Manhattan, and it’s looking to do so in a big way. Rather than just open shop in some random neighborhood, the corporation is going to lease a 2,753 ft space near the Port Authority Bus Terminal, the world’s busiest bus terminal and main gateway for buses coming to and from Manhattan.

According to the Newmark Grubb Knight Frank Retail rep. Harrison Abramowitz, this new location near the bus terminal further advances Jollibee’s foothold in New York’s casual dining scene. “There is a large Filipino population in New Jersey, many of whom commute through Port Authority every day. This will be a tremendous help in introducing the chain to Manhattan.”

Given the massive area (1,957 square feet at street level and 766 square feet at basement level) and the proximity to the terminal and Times Square, it’s looking to be the best place in New York for Jollibee to set up shop.

Once called the “Mcdonald’s of the Philippines” by the New York Times, the Manhattan branch will be the 34th store operating in the United States as well as the 3rd store in the New York City area. Looking over the roster of Jollibee branches, it seems that the stores are heavily skewed towards places where a significant Filipino population resides. California has 22 branches, and Hawaii has four of their own.  These statistics aren’t surprising because the 2011 US Census lists these states as having the highest concentration of Filipinos and Filipino-Americans. Of the major states listed on the Census, only Illinois and Florida are without a Jollibee store. But that all may change with possible stores opening in Florida and Illinois later this year.

It seems that the Jollibee is opening up shop wherever Filipinos are residing, and I believe that’s a good thing, because it can be heartwarming to have a taste of home near you. You can only go so long without that peach-mango pie.

SHAREThe clothing label Wednesday has been known for elucidating thoughts via long text...