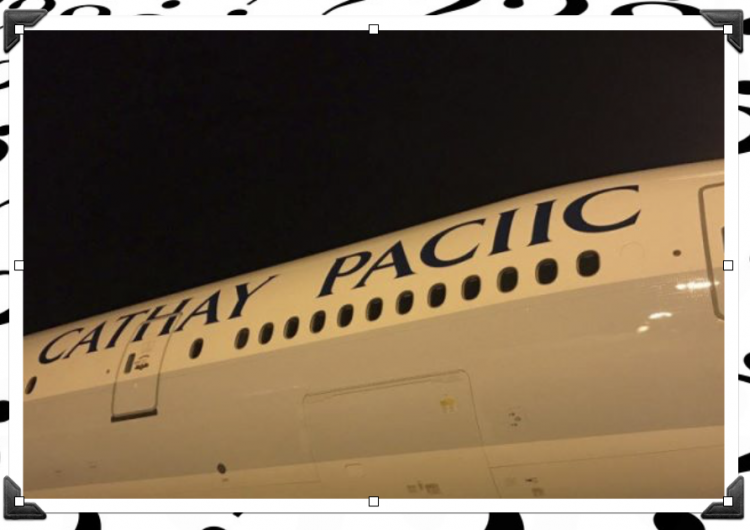 Have you ever gotten yourself in one of those endless Twitter wars? And just when you feel like you’re making the biggest point comes the dreaded misspelling. You shut the app down and drown in misery because the internet is unforgiving over typos. Well, it’s time to pat yourself on the back because someone did worse than you.

On Wednesday, Hong Kong carrier Cathay Pacific literally made a huge one by misspelling their own name. Instead of the all-caps inscription in distinct green lining, there seems to be a missing “F.” Tell you what, nothing’s more embarrassing than an expensive mistake.

The good thing is the airline took it with grace and humor. They posted on Facebook, “Oops this special livery won’t last long! She’s going back to the shop!”

Read also: An Angkas driver got ticketed because the law is sexist

It’s unclear on who to blame for now. “The spacing is too on-point for a mishap. We have stencils. Should be a blank gap in between letters if it was a real mistake I think,” the engineer said.

Kudos to Cathay Pacific but I just can’t believe they missed the perfect opportunity to say, “We don’t give an ‘F’.”

SHAREWe know this: Nostalgia sells most of the time. Our personal attachment to—and...

SHAREI love me some good tea; especially with a little bit of shade...