It was during my last year of college when I braved through the night as a waitress. My part-time shift started by the time pink skies seized the afternoon. This meant hurrying from my majors, which ended just before the clock hit four. Upon arriving, I swept the cigarette-filled floors, wiped the cloudy tables, and huddled with the team for any last-minute announcements.

Needless to say, I was always beat but never burnt-out. Because beneath it all, I was happy. My mind has never been more alive and, as a writer, best believe it when I say this is rare.

And this was just within six months of serving. Among many takeaways, I met people from the industry who are dedicating their youth to mastering the craft behind the bar. At such a young age, they are pushing the boundaries of local food and beverage as they reshape the perception to what it really is: art. 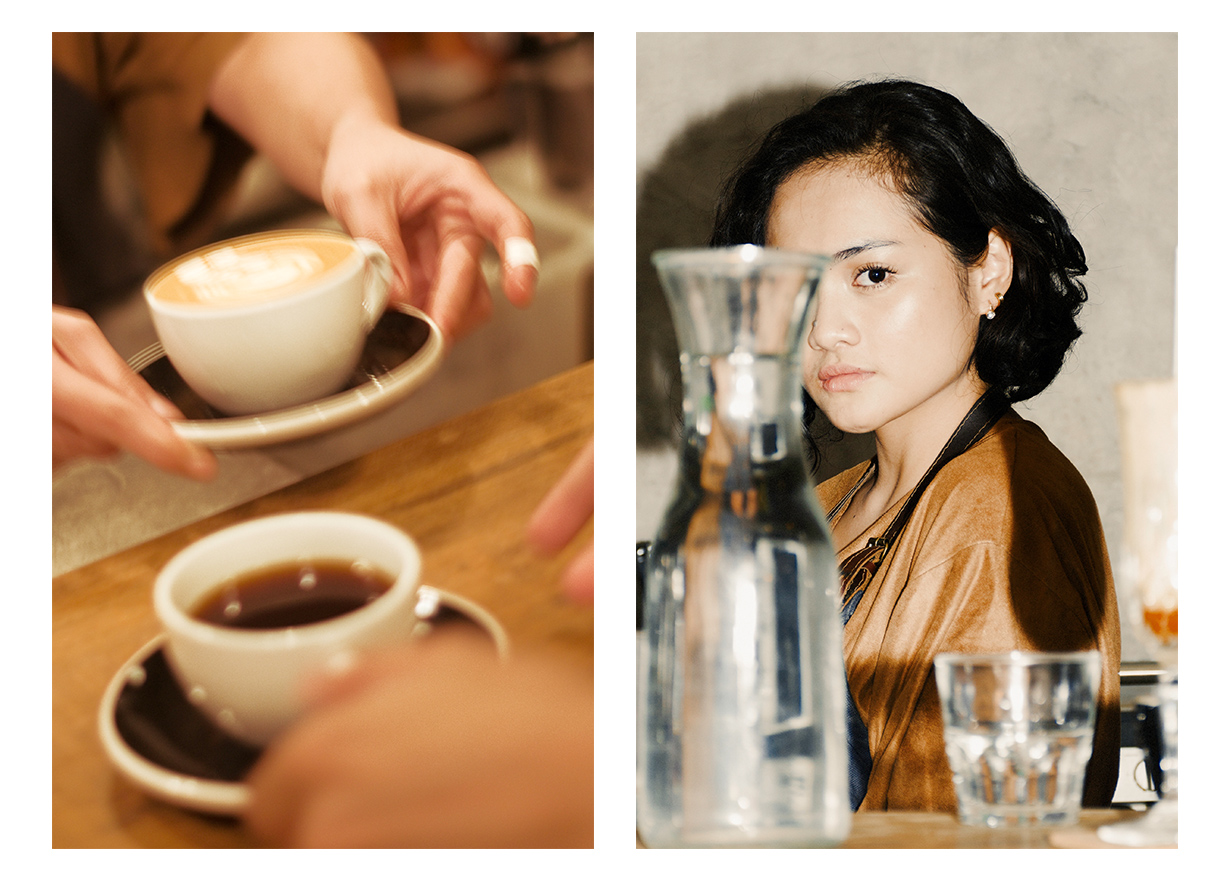 Yassie Lorenzo of The Curator

Yassie Lorenzo, a barista at The Curator, stumbled upon her passion for coffee four years ago. After bagging the top prize at the Philippine Coffee in Good Spirits competition, she’s headed to Brazil for the world championship in November.

The same goes for David Abalayan, who is a bartender at OTO. David has spent a good five years and counting in the food and beverage industry, and after finding solace in creating thrilling and thirst-quenching drinks, the daily night shift has become his niche. David’s flow and flair behind the bar led him to become a finalist in the local portion of bartending competition World Class earlier this year.

Patrick Curitana is the former head chef and mastermind of Dulo’s kitchen, whose experimental but homey approach on dishes raised the bar for drinking hubs in Poblacion. Currently part of the kitchen staff at Your Local, he continues to express his passion through gastronomical adventures.

What’s the difference between working a night shift as opposed to a morning one?
Yassie: I’m a barista at the place where I work and it also happens to be a bar at night. I’ve had the opportunity to do a bartending shift there and at another bar, too, so I’d say that the difference would have to be the customers.

Often, most people who get coffee in the morning are there for routine: their daily caffeine kick, a break from work, or coffee while working or between meetings. The ones who get it late in the day are mostly just catching up with friends or family, studying, etc.

At night, I noticed that cocktail guests are there mostly for social gatherings and people really take their time to relish their drink.

As for consumption, coffee customers have their daily limit and cocktail guests order one after the other most of the time. Also, coffee operating hours are longer compared to cocktails.

Patrick: You get to see and spend time with your family and friends when you’re on the morning shift.

David: Definitely the time schedules. When most of my friends are having fun or eating dinner, I’m still working through the night. 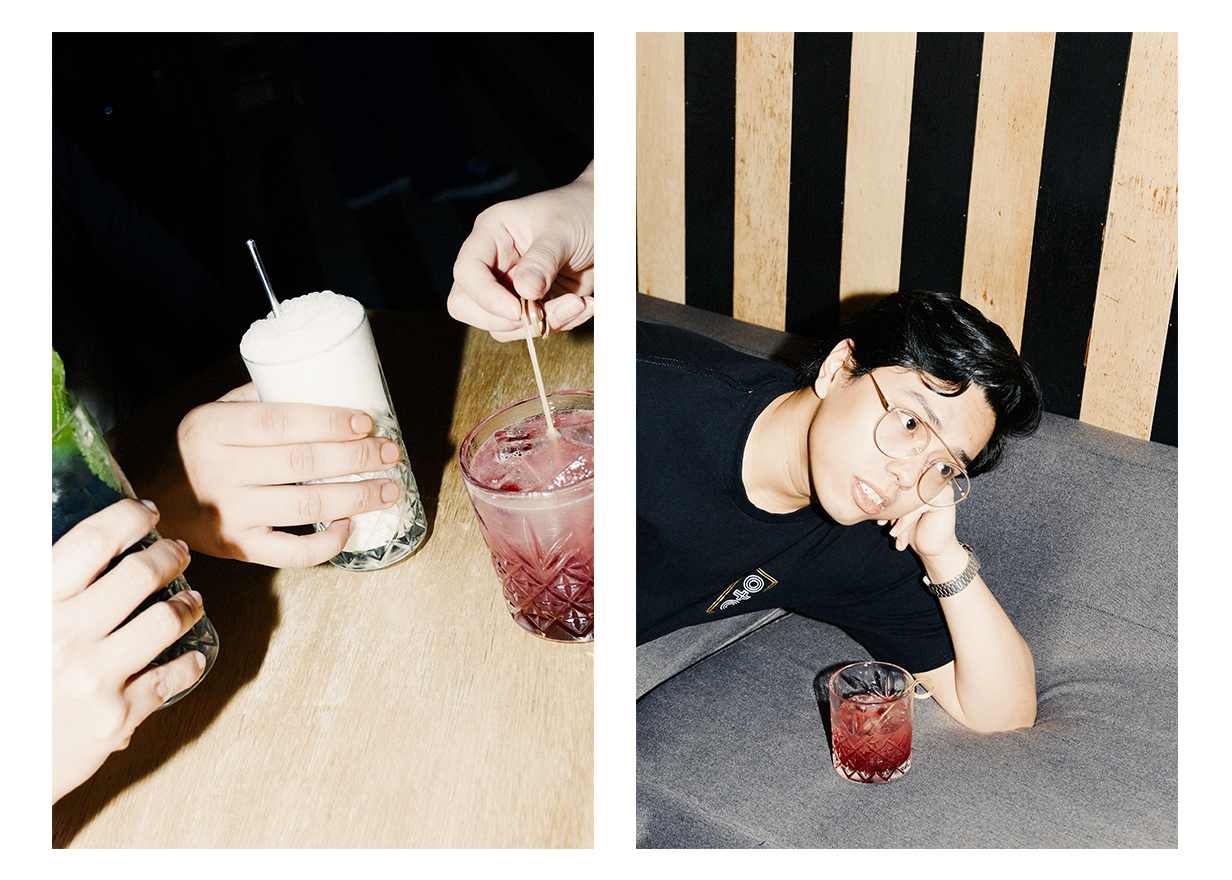 What’s the worst misconception about your profession? What can you say to contradict this?
Patrick: That the kitchen is a war zone and chefs are a-holes. It’s really about perspective.

Yassie: I guess the worst misconception about my job is that making coffee is “easy,” that it’s “just making coffee.” It’s not. From the information of the bean: origin, varietal or cultivar, the process of the beans, roast profiles, the flavor notes to mastering different techniques for different brewing methods, how changing one parameter can either make or break your coffee, calibrating espresso, the water, latte art—I could go on and on. In short, it is very complicated. It takes a while to know coffee and to be thoroughly familiar with the character of it.

David: Everyone thinks I’m always drunk. It’s definitely not the case though. It’s still a job, I still have to be professional about it, or at least, sober enough to complete orders.

What’s the best thing you’ve learned working behind the counter?
David: I learned how not to show stress under pressure and I definitely became better at public speaking.

Yassie: The fact that as much as we can, we should be kind to people. Every day, we get to connect to people from different walks of life. We never know what they’re going through. Not just to our guests but to our colleagues, too. Being kind goes a long way.

Patrick: That I am not alone and I need to depend on others. Growing up I was used to doing things all on my own.

“I decided to pursue this career because I wholeheartedly enjoy what I do.”

Why did you decide to pursue this career among many others?
David: I was supposed to take up a music business degree course but that didn’t work out. And since I had all the free time to spare, I took a part-time job in a small restaurant, something short-term. Eventually it led me to stay for five years in this industry.

Patrick: Because in this industry, creating and learning doesn’t stop and that’s what keeps me going in life.

Yassie: I decided to pursue this career because I wholeheartedly enjoy what I do. I fell in love with every single thing that came along with coffee, and there isn’t a single day where I was like, “Ugh, work again tomorrow!”

Among your creations, which one are you most proud of?
Patrick: Clam miso soup with smoked potato purée and smoked mushroom bao because guests had a really great experience when they first tried these dishes. [These dishes were created when Patrick was the head chef of Dulo.]

Yassie: Siamese Dream, I’d say. It’s one of the drinks I presented during this year’s Philippine Coffee in Good Spirits Championship. I’m proud of this drink because I want more people to become aware that the flavors that pair well with coffee aren’t just limited to nuts, chocolate, vanilla, spices, bananas, oranges, etc. It could be paired with citrus, fruity, and floral ingredients as well. Second: espresso martinis and Irish coffees also are the drinks that come into people’s minds when thinking about coffee cocktails. What do those drinks have in common? The coffee usually tastes dark and bitter and the alcohol straightforward, often harsh. Coffee cocktails could be enjoyed in a refreshing way too.

David: I would have to say the drink I made for the first challenge of the World Class competition. It had brown butter-washed bourbon, milk-washed corn tea vodka, wine and coconut reduction, and balsamic lavender syrup. [laughs] Yeah, there was a lot going on in that one drink. I named it after my grandmother, Violeta.

“In my opinion, I think we’re slowly going to practice sustainability and being more resourceful…”

What’s next for the local F&B scene?
David: A generation of bartenders finally owning their own bars. I really believe it’s about time that happens.

Patrick: I am not really sure but I got really inspired and excited about what’s to come, especially after Chef Jordy Navarra presented “The Wild and Untamed Flavors of the Philippine Islands” in Madrid. I’m sure a lot of local chefs got inspired to do better and work harder on their craft.

Yassie: In my opinion, I think we’re slowly going to practice sustainability and being more resourceful in bars, coffee shops, and restaurants. Changes could be made but we really have to put effort into it. It isn’t easy, but it’ll definitely be rewarding. 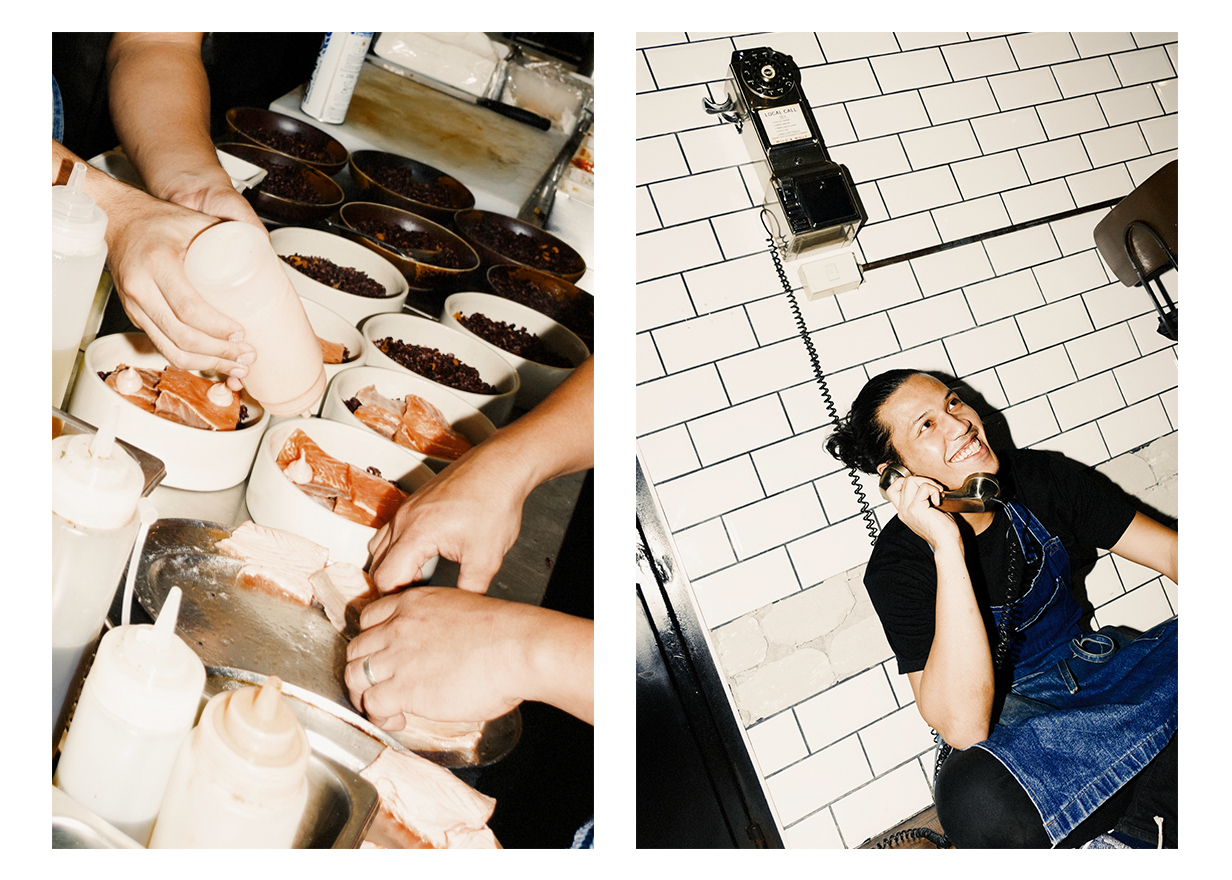 Patrick Curitana of Your Local

What’s your biggest goal as a chef, bartender, and as a barista?
Patrick: To be really good in what I do in order to inspire others and lead them to their own success.

Yassie: Becoming a world champion would be insane, but I’d like to open my own coffee shop and roastery one day that doesn’t only serve great joe and grub–I want it to be a place where people feel like they belong, somewhere they’d want to go to even when they’re feeling down since it’s their happy place—where people could come together, become friends and eventually turn into family. Kind of like how The Curator is to me.

David: I really do feel like there’s still a lot of people who don’t see drinking as a social activity and, as a bartender, I want to change that perception on alcohol. You don’t have to get drunk whenever you go drinking and you go out with friends.

What’s one virtue someone with your job should have?
David: Patience. I cannot emphasize this enough. If you wanna last in the industry, if you wanna be the best, you gotta be patient. Mastering things take time, so you need patience for that.

Patrick: [Working in the kitchen] requires humility and open-mindedness.

Yassie: Enthusiasm. A barista should always be excited or interested in learning new things about coffee, being in a café every single day as well: pulling spros, brewing joes, talking to and meeting a lot of people, being down to trying different things, too.

“What sets anyone apart–not just bartenders–is the ability to learn, relearn and, most of all, to unlearn.”

Any advice for aspiring chefs, bartenders, and baristas?
Yassie: You have to really enjoy what you do. Constantly practice and continuously learn. Coffee crawl, become friends with baristas and other people who have a passion for coffee like you, participate in coffee events, join public cuppings, watch coffee competitions and join one eventually, too!

Patrick: Grow as a person from the experience and strive for perfection and that means making people happy. That is what this is all about.

David: What sets anyone apart–not just bartenders–is the ability to learn, relearn and, most of all, to unlearn. This is so important to the topic of growth and skill.