We have exciting news for fans of the queer synth pop band Years & Years. The band is kicking off 2019 right with The Palo Santo Tour in Asia. And guess what? They didn’t skip Manila this time around.

Years & Years will perform on Feb. 25 at the New Frontier Theater after announcing the Asia leg of The Palo SantoTour last night on their social media handles. But the band was already dropping hints of their Manila concert since June through this Facebook post. 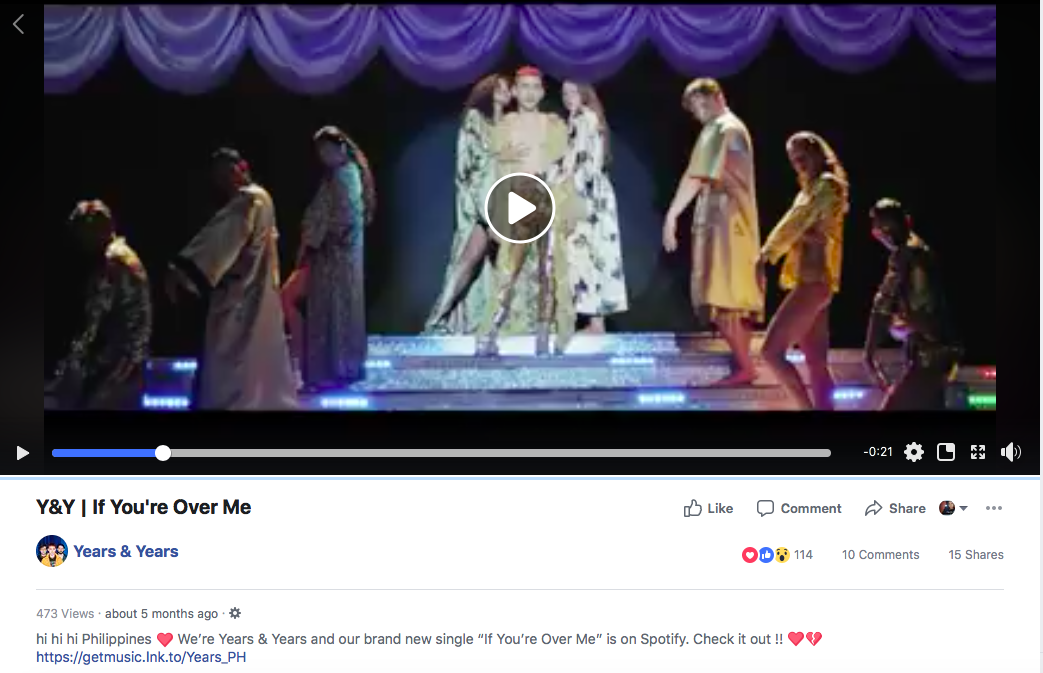 Known for hits “King” and “If You’re Over Me,” the British band made waves with their debut album alone. It became the fastest-selling debut album back in 2015. Since then, Years & Years has applied queer narratives not only in their songs but in their music videos as well. They write gender neutral lyrics and are known advocates of the LGBTQ+ community, especially frontman Olly Alexander.

Read more: Lauv is coming back to Manila this 2019

eeee so excited !! Asia we're coming for ya <3 <3 see you next year bby's ? pic.twitter.com/BmXnF1PDGH

“I’m in a band with two straight guys, and we’re constantly grappling with these different identities, especially because we have a queer mission statement. There’s not much you can do once people start to perceive you in a certain way. I love being seen as queer artist,” he mentions in his interview with Time Out.

20gayteen might be done within a month. But with Years & Years coming to our shores next year, it looks like we’re greeting 2019 right with the rainbow flag waving high.

Tickets will be available via TicketNet.

Still from If You’re Over Me