Troye Sivan definitely announced something big in his Twitter recently. He might’ve been flexing his multilingual skills, leaving us to go all Cher Horowitz, ‘cause he left us clueless with one tweet. But to anyone who can do a quick Google translate of his caption—“ツア”—you already know that “The Bloom Tour” is heading to Asia real soon.

This Aussie pop sensation decided to screw with his fans through a cryptic tweet posted last December 1. It was a 13-second long black and red video flashing different cities in Asia in their respective languages. Through these respective languages, he briefly greeted his fans, including a “kamusta” to his fan base in Manila. 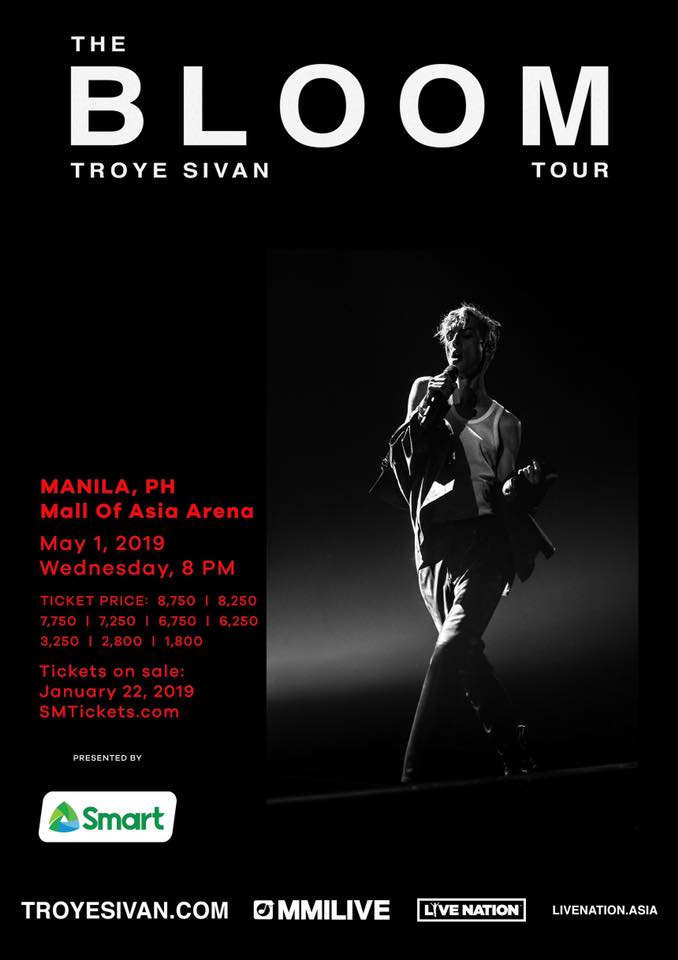 We have a long year of intense concert money budgeting ahead of all of us. 2019—so many concerts, so little time and money. Now, if y’all excuse us, we’ll just do a mini-dance break to “1999” to forget how broke we all are real quick.

SHAREDesigner Stefano Gabbana is one of the most controversial fashion figures on social...

SHAREForget the NES Classic, Nintendo just announced that a new game console is...