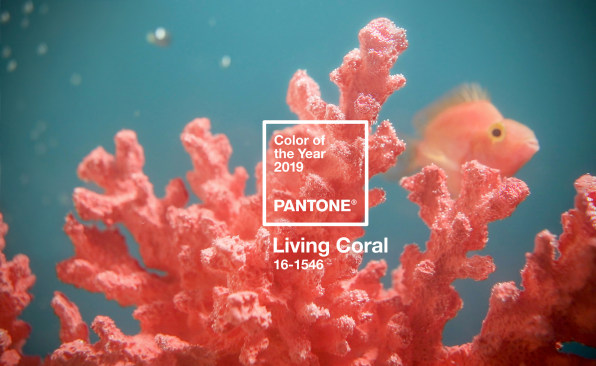 2018 is really coming to an end. With a little less than 30 days left before 2019, predictions for 2019 trends have officially started. Pantone, for instance, has announced their color of the year. From 2018’s Ultra Violet (an underdog choice compared to the reigning millennial pink—no one got over it, duh!), Pantone Color of the Year for 2019 is Living Coral or 16-1546.

This peachy shade of orange is not just a ubiquitous lipstick color, but it’s a choice that is largely inspired by our natural environment and society.

“Just as coral reefs are a source of sustenance and shelter, we see this color giving us assurance and buoyancy in an environment that’s been continuously shifting for 10 years,” Fast Company quotes Laurie Pressman, vice president of the Pantone Color Institute. “With technology, and all the [political] unrest around the world, our global culture has continued to accelerate this shift.”

Pantone also clarifies that the choice has been made even before Apple unveiled the iPhone XR in coral. While this will definitely set the trend, the Pantone Color of the Year is not just a mere trend forecast. “It’s a reflection of what’s taking place. It’s a color snapshot symbolic of what’s taking place in the culture at a moment in time,” Laurie tells Quartz.

Brb, stocking up on coral lipsticks. Will probably have my hair dyed coral, too.

SHAREWhen you hear the name “Yeo Kaa,” the colorful, bright (and yet dark)...

SHAREIf you’re into streetwear, the name Hender Scheme must have already reached your...

SHAREFollowing Oxford Dictionary’s 2018 word of the year “toxic,” this year’s winner is...