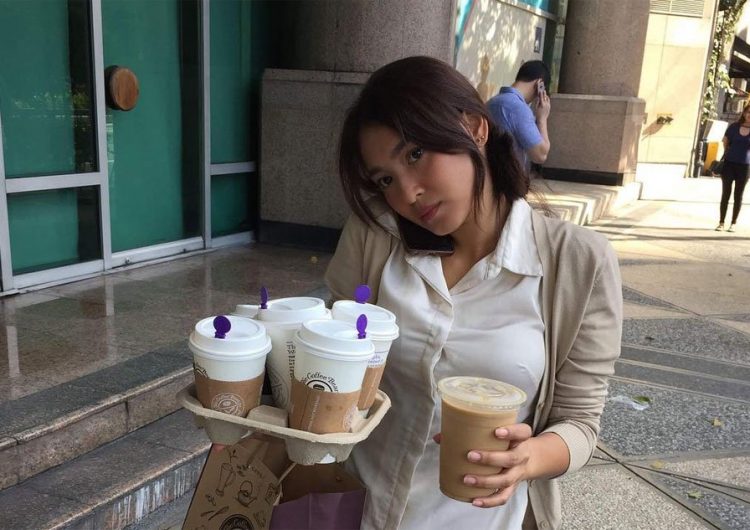 So last night, Filipino Academy of Movie Arts and Science (FAMAS) awarded the Best Actress trophy to Nadine Lustre. It’s for her role as Joanne in Antoinette Jadaone’s Never Not Love You.

At the FAMAS awards night held at Meralco Theater, an emotional Nadine went up on stage. During her speech, she revealed that she was at her lowest point before and even during the production of the film.

Read also: The cover for Wave is based on Nadine Lustre’s face

I haven’t had the chance to watch Never Not Love You until the Lenten break, when ABS-CBN screened a TV-cut version of the film. I know it’s quite late, but all I can do is agree: Nadine essayed the role with flying colors. And she deserves this award.

In the film, Nadine plays Joanne. She’s a young woman born and raised in Zambales, who ends up in Manila to work. Although seemingly naîve, Joanne is a strong woman who works hard to chase her dreams in the advertising industry. Then, she falls in love with Gio (James Reid), a carefree freelance graphic designer and tattoo artist.

Nadine, who was first paired with James in Diary ng Panget, proves she has matured as an actress in Never Not Love You. She is able to carry the weight of her role, which is not an easy one. Her portrayal as the struggling young professional, who has to choose between a promotion and love, is so effective and real.

Nadine is indeed an actress we should keep an eye on. We’ll see her next in Indak with Sam Concepcion—and maybe, now that she is open to doing it, Darna too?

SHAREEarlier this year in May, the Film Development Council of the Philippines (FDCP)...

SHAREIn films like Call Me By Your Name, Grease, and Moonrise Kingdom, we see...