Dumaguete doesn’t just give you stunning beaches, killer sunsets, and crazy drinking culture, but they also give you up and coming queens to add to your stan list.

“Everyone loves to see men in wigs lip-sync on stage, but the problem is there is no permanent stage to perform on; there are no gay bars here,” says Neap Polle a.k.a Maningning.

Did they leave you wanting for more? Hang tight because these queens shared everything from playing Laura for Jose Rizal’s epic “Florante at Laura” to straight boys wanting a drag mother. 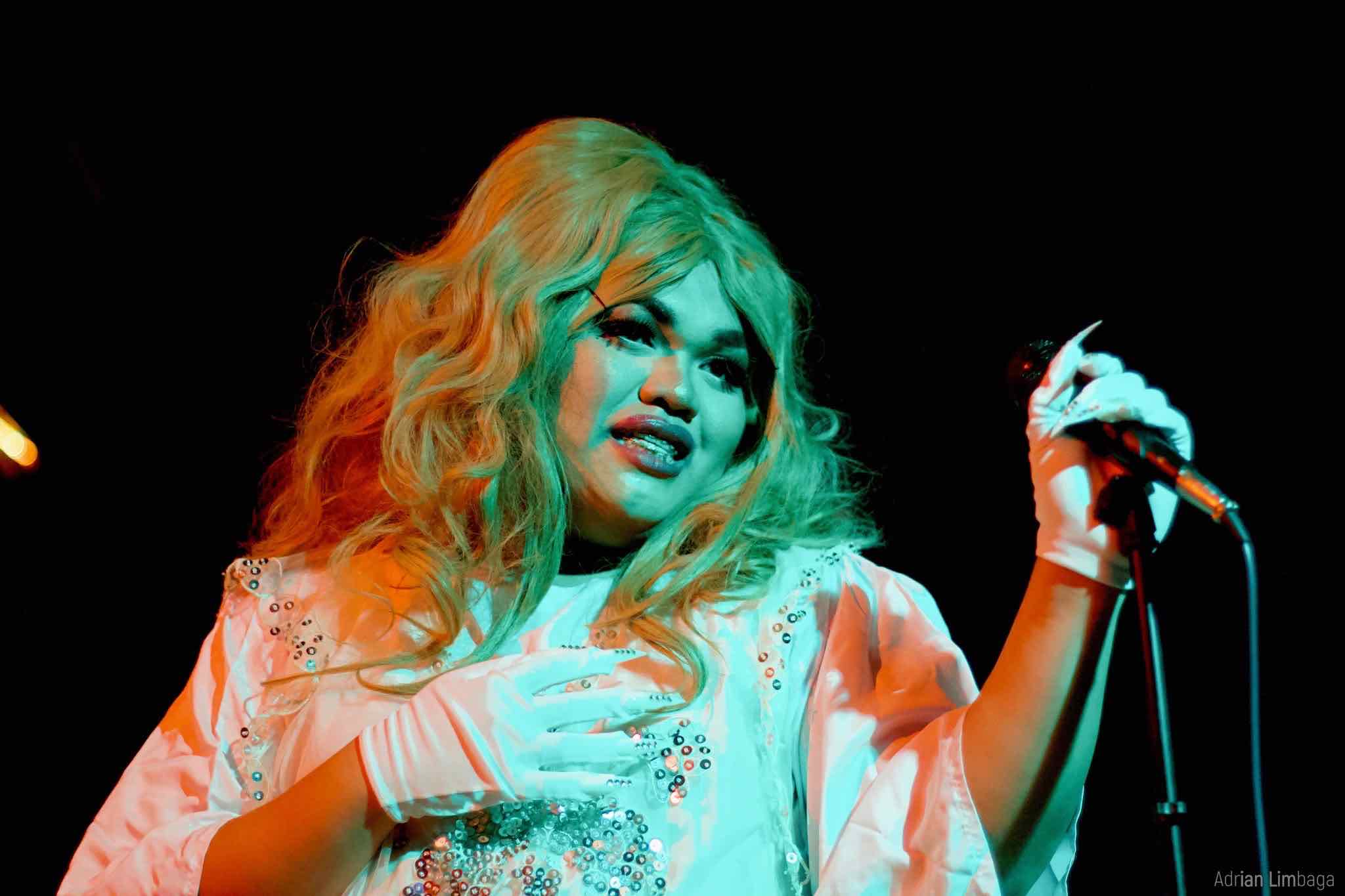 Maningning is considered as the dalagang Filipina of the drag sisters. Aside from her aesthetic that’s deeply connected to the Filipino roots, she’s also known for repurposing her old clothes and thrift store finds into a very traditional Filipino looking dress to match the theme and the campiness of her performance for the night. Looking for someone who could represent the true Filipina heritage through drag? She’s got you covered.

Where did you discover the art of drag?
When I was in high school, I was a fan of “Rupaul’s Drag Race,” then my classmates and I would talk about it and come up with our own drag names and conceptualize what kind of drag we would do and hers would be Kendra Heart, a kawaii sexy anime girl and I am Maningning, a dalagang bukid.

When did you decide to do drag yourself
Back in high school, my favorite way to pass the time was to make parody videos, a low-cost recreation of pop videos. While I was shopping for some wigs in the department store, I came upon this certain brown wig with bangs and curled hair and just like how I discovered Maningning, it was an instant connection. I found the missing piece of the puzzle. I wore my sister’s old Filipiniana dress and it was a moment I will never forget.

Maningning’s debut was in a short film project I did back in high school and it wasn’t full-on drag, I just wore the wig and a skirt. By the time I was in college, I performed in drag when I competed in a lip sync battle during our Founder’s week celebration but I wasn’t using Maningning, just my actual name. It wasn’t until I published a drag zine for my literature class in 2018 that I formally introduced Maningning to the world and that’s where things really started to take off.

“Even if you are a butch queen and it’s your first time in drag or if you’re a seasoned queen, you are still doing drag and no one can take that away from you.”

Where do you draw inspiration for your drag style?
When I gave birth to Maningning it was around the same time I discovered John Waters and the iconic Divine. I originally envisioned Maningning as an actress who acted in exploitative films and starred in her own homemade films like RuPaul did back in the ’80s with Star Booty. In terms of performing, I really like the comedic timing of Bob The Drag Queen and the artistry of Sasha Velour. I am a big “Jem and the Holograms” fan, truly outrageous! I remember my family owned a CD of Pinoy novelty songs and that greatly influenced my drag identity.

What do you love about your drag culture right now?
One thing I like about drag is that it is always changing and diverse. Every performer has their own style and concept on what they do. Even if you are a butch queen and it’s your first time in drag or if you’re a seasoned queen, you are still doing drag and no one can take that away from you. Drag has a lot of subcultures and it’s not the only ones you see on mainstream media. It’s always great to pay tribute to the ones who paved the way for future generations. Drag is a community where we can share our art and learn from each other.

What does the drag culture in Dumaguete need to thrive?
Everyone loves to see men in wigs lip-sync on stage but the problem is there is not a permanent stage to perform on; there are no gay bars here. Drag queens are kind of a new concept since there are no drag shows until recently and our shows we put up are just seasonal depending on who books us or if it is organized by the gay-straight alliance from the university I graduated in, Illuminate of the Spectra (iSPEC). Music and the arts are flourishing here and I would love to see drag catch up too. I want a safe space for us to perform regularly. 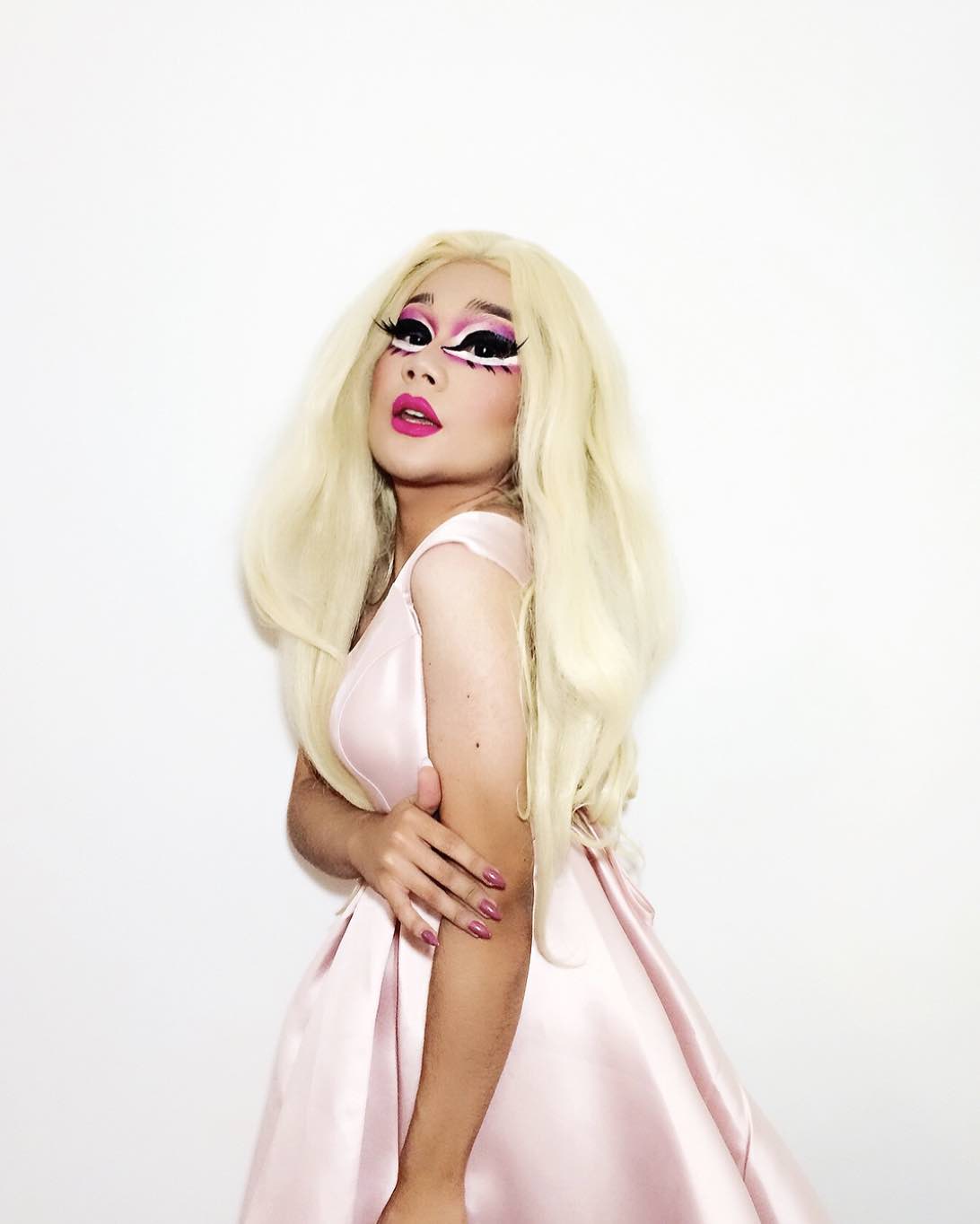 When did you decide to do drag yourself?
The first time I tried to dress up in drag was in fourth year high school. Every Filipino knows that at some point in your high school life you have to re-enact a Jose Rizal epic. Mine was “Florante at Laura”, and I got to play the part of Laura. I got the cheapest wig I could find, wore a horrible dress that clearly didn’t fit me well, and lived that Princess fantasy, it was awful!

“While a drag-trio does sound sickening, a group of stunning and artistic Dumagueteña drag performers would be the dream!”

Where did you discover the art of drag?
Drag wasn’t a new thing to me growing up; it was always somehow part of Filipino pop culture but more of as a gag, which was kinda sad. But when I discovered “Rupaul’s Drag Race,” a show where queens get to actually display and show their talents and be celebrated for it, it was over mawma I was geeked! I knew I absolutely wanted to try it.

Read more: How RuPaul’s Drag Race is changing the lives of my hetero friends

Since you started, are there baby drag queens popping up?
Unfortunately, no. But the good thing is, for a small city like Dumaguete, more and more people are actually appreciating drag shows and loving our performers. Which is the perfect time for baby queens to start coming out, and strut their padded asses on stage!

What do you love about your drag culture right now?
The diversity! We may only have three active drag queens in the city but no one can beat how diverse our group is in terms of both visual style and talent. We got the dalagang Filipina, Maningning with her killer sewing skills, Petra Pierce, an alternative punk rock/horror queen who truly serves sickening performances, and of course me, the animated kawaii slut with make-up looks that can give Kim Chi a run for her money! No shade [laughs].

What does the drag culture in Dumaguete need to thrive?
Honestly, for the Duma drag scene to actually flourish, we are just in need of more baby queens to try and go out and do numbers with us. While a drag-trio does sound sickening, a group of stunning and artistic Dumagueteña drag performers would be the dream! 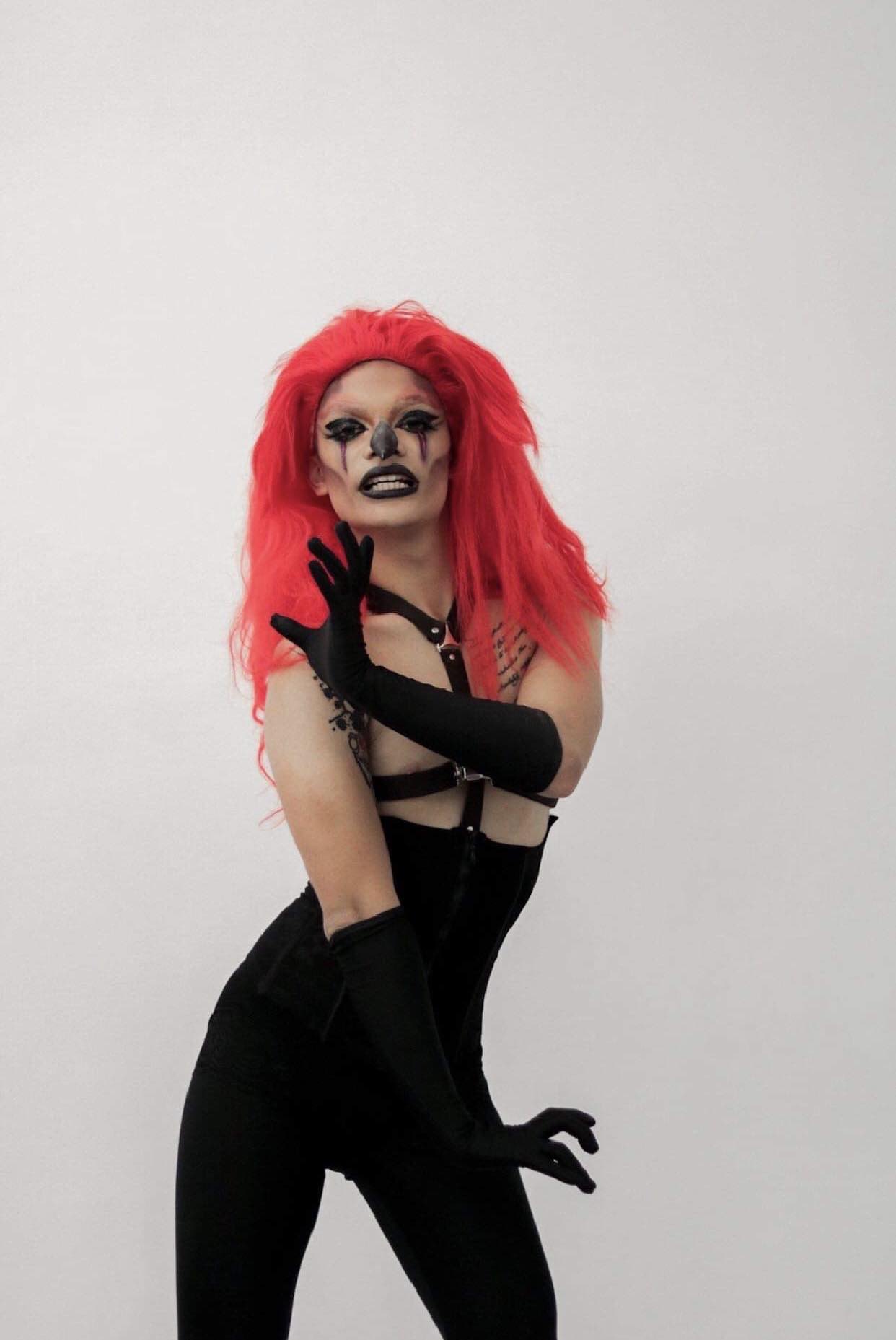 Category is fierce extravaganza! Want a queen who looks like she could dominate your whole life? Petra Pierce is giving you all the charisma, uniqueness, nerve, and talent you need. Her peculiar fashion style mixed with a little bit of ’80s glam rock and ’70s funk with a sprinkle of Britney Spears are the elements that make her stand out.

When did you decide to do drag yourself?
I started doing Halloween Makeup back in 2015 then drag makeup later on until I felt that my makeup was good enough and that I had understood and developed my drag persona enough that I thought Petra Pierce was ready.

“I saw how diverse the drag community is and how you can really stretch your creativity muscles in this form of art.”

Where did you discover the art of drag?
Bugs Bunny was the first to introduce me to drag actually. But I didn’t know that was what drag was until many more years later I discovered the show Rupaul’s Drag Race and Dragula where I saw how diverse the drag community is and how you can really stretch your creativity muscles in this form of art.

Read more: Seasons 2 to 10 of “RuPaul’s Drag Race” are now on Netflix

Since you started, are there baby drag queens popping up?
No, I can’t say I’ve noticed any other new queens other than a bunch of straight boys wanting me to be their drag mother haha.

What do you love about your drag culture right now?
Oh, I don’t know where to begin. Drag culture has come so far and I love everything about drag culture, especially how you can do almost anything in it.

SHARESecret Fresh has a series of fascinating exhibitions at Art Fair Philippines this...