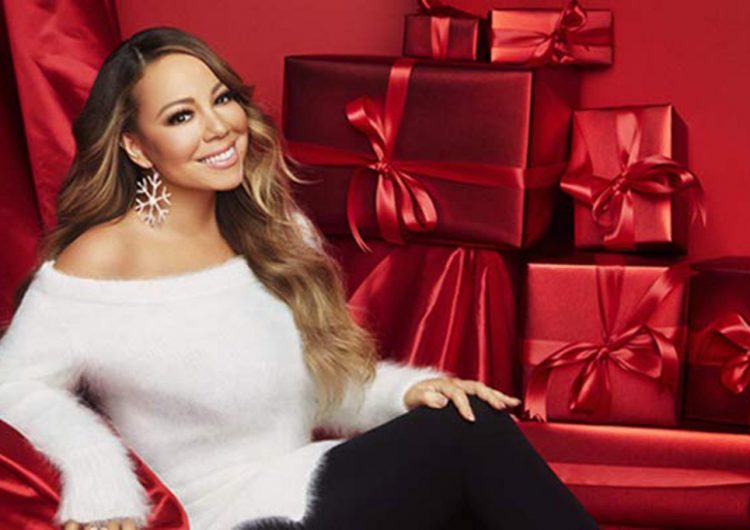 Skinny Legend Mariah Carey has once again re-entered the charts—and rightfully so, as she’s the queen of the Christmas season. But maybe not for long.

Christmas is in full swing and that means “All I Want For Christmas Is You”—the record-breaker and all-time favorite for many—is on full blast everywhere. But some U.K. voters seem to disagree. What were you thinking, dahlings?

Huawei, a phone company in the U.K., conducted a poll of the world’s most annoying holiday jingles, and the blasphemous results are in. Carey’s version of the holiday classic bagged the top spot and we simply can’t believe it.

But never mind that this disrespectful poll exists. Carey reportedly earns $500,000 every year, not counting licensing fees or streaming costs just for this holiday jingle. Everybody say: We stan!

This year, Carey will celebrate the song’s 25th year anniversary with a Christmas-themed tour for her album, “Merry Christmas.” The skinny legend also released a new video cut of the song to officially announce the start of the Christmas season. Ugh, her impact.

As a treat for the Mariah stans—and hate-watchers—here’s the video to properly kick off your holiday season.

SHAREAsia Pop Comic Con is known to be chockful of surprises for everyone....

It seems like everyone’s been wearing denim jackets these days. Everyone’s favorite vinyl...

‘Hello, I’m Fine’ is Jigo Viriña and Mariamaria’s new EP about, well, not being fine