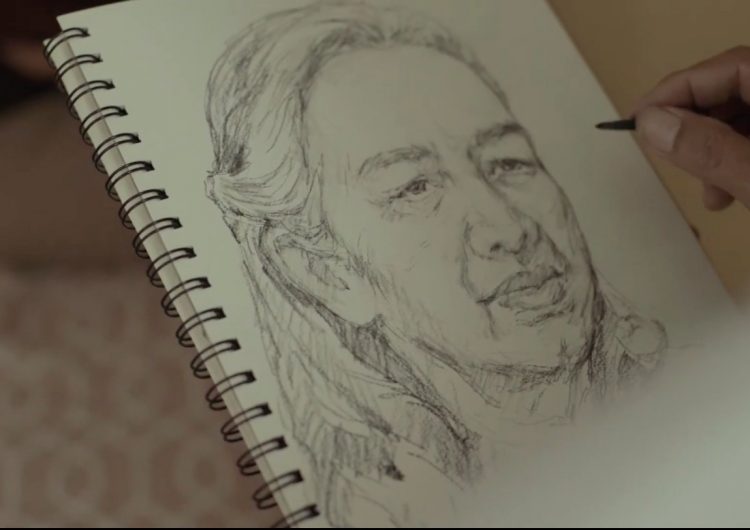 Here’s the situation: The boys of Rusty Machines aren’t letting 2019 end without tearing our hearts apart. The music video of “Until,” a track off their debut album “Making Friends,” is here to make us confront an uncomfortable truth. Posted just yesterday, Dec. 5, this visual counterpart directed by Dennese Victoria got us feeling wistful.

Read more: Are you ready for Rusty Machines’ first-ever album?

Tucked in a sepia-toned world is an elderly couple, trying to communicate to each other via non-verbal cues from a distance. The MV transports us to an increasingly painful progression—with undertones of bittersweet tension—at the start, but slowly we witness the narrative unfold in a more hopeful way. While we can’t hear exactly what these two people are talking about, what we can see is the man drawing the face of his beau as they try to rebuild what they once had.

In the subtitles, we don’t see the song’s lyrics, but an amalgam of thoughts of what could be a fly on the wall narration of the couple’s story. Lines like “Her first time to dance with him” / “repeatedly asking how come they’ve never done so when they were younger” adds to the MV’s intensity.

Besides wilted flowers reminiscent of the past, “Until” MV inspires us to love, persist, and forgive in an uncertain world. In a four-minute video of slow dances, we’re all reminded that maybe some things just take a matter of time before they get resolved. Suddenly, “can I know you a little better?” is a heavier question than it seems.