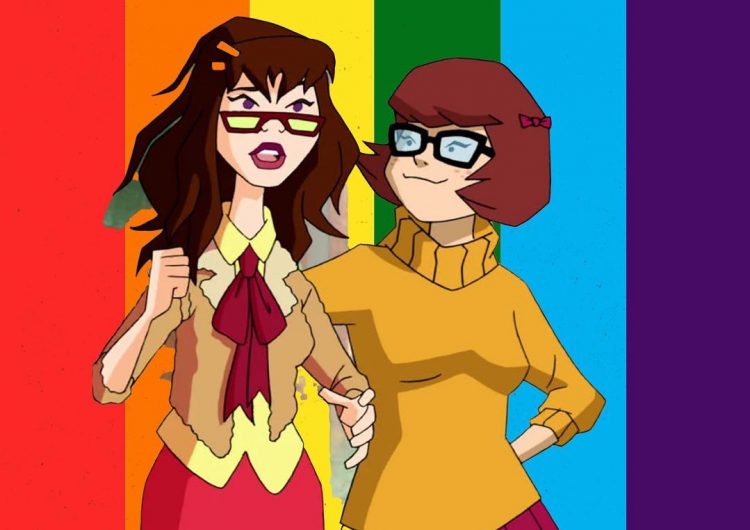 Let’s get real here, WLW. The best ending of “Scooby-Doo” would have Velma and Daphne ride off into the sunset with the Mystery Machine, “Thelma and Louise”-style. While we may not be getting that scenario any time soon (boohoo), one producer has revealed something worth rejoicing in: “Scooby-Doo! Mystery Incorporated’s” Velma is canonically a lesbian.

For anyone who can’t keep up with the many, many iterations of the “Scooby-Doo” gang throughout the years, “Mystery Incorporated” is a series that ran from 2010 to 2013 that retold the 1969 cartoon classic. Producer Tony Cervone recently shared that this version of Velma Dinkley was, in fact, written as a gay woman.

He revealed this after responding to fans’ comments on a post featuring Velma and Marcie Fleach. The two “Scooby-Doo” characters are seen side-by-side with the Pride flag as their backdrop.

Marcie and Velma – Mystery Incorporated. I obviously don’t represent every version of Velma Dinkley, but I am one of the key people that represents this one. We made our intentions as clear as we could ten years ago. Most of our fans got it. To those that didn’t, I suggest you look closer. There’s no new news here.

“I’ve said this before, but Velma in Mystery Incorporated is not bi. She’s gay,” Cervone responded, after comments cited Velma’s relationship with Shaggy and her possible bisexuality.

“We always planned on Velma acting a little off and out of character while she was dating Shaggy because that relationship was wrong for her and she had unspoken difficulty with the why. There are hints about the why in that episode with the mermaid, and if you follow the entire Marcie arc it seems as clear as we could make it 10 years ago.”

According to reports, the show’s network may not have allowed “Scooby” writers to explicitly address Velma’s sexuality then. Still, it’s real in their eyes. “I don’t think Marcie and Velma had time to act on their feelings during the main timeline, but post reset, they are a couple. You can not like it, but this was our intention.”

This isn’t the first time Velma’s sexuality got into hot waters with studio execs. Live-action “Scooby-Doo” co-writer James Gunn (yes, “Guardians of the Galaxy” James Gunn) mentioned that making Velma “explicitly gay” in the movies was the original plan, but Warner Bros. put a stop to it.

“I tried! In 2001 Velma was explicitly gay in my initial script. But the studio just kept watering it down and watering it down, becoming ambiguous (the version shot), then nothing (the released version), and finally having a boyfriend (the sequel).”

I tried! In 2001 Velma was explicitly gay in my initial script. But the studio just kept watering it down & watering it down, becoming ambiguous (the version shot), then nothing (the released version) & finally having a boyfriend (the sequel). ? https://t.co/Pxho6Ju1oQ

Well, we’ll be here waiting for “Scooby-Doo” version 2,304 featuring a lesbian flag-waving Velma. In the meantime, let’s sate shippers with some Velma/Marcie fanfic (or Daphne, whatever works).

Read more:
Yes, your fave childhood character is asexual—deal with it
4 fictional characters bringing the asexual representation we really, really need
‘The Half of It’ is the unique, queer coming-of-age romcom you’re waiting for

SHAREAre y’all still recovering from the emotional ride that is your fave BL...

SHAREWe’ll admit, we missed this one when it first came out, but George...