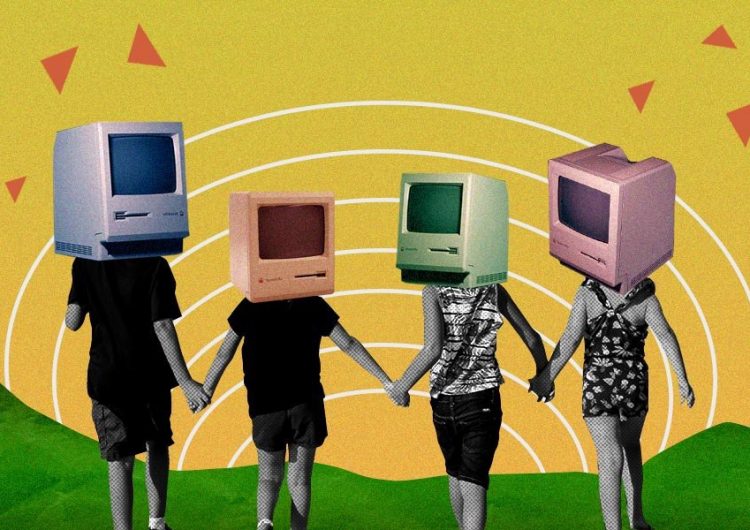 “This feels like one masterful essay,” I posted Nawapol Thamrongrattanarit’s “Happy Old Year” poster on film recs for cinephiles—a Facebook group where film enthusiasts, well, exchange movies like how Y2K students swapped True Philippine Ghost Stories books in class. “Is this from Thailand?” someone asks. “Yes, it’s on Netflix,” I reply.

Small talk was never my magnum opus, but I live for these fleeting interactions ever since this long-ass quarantine took a toll on my—surprisingly—longing for IRL conversations.

See, I’m the typical introvert blueprint. I aggressively rehearse in my head before I introduce myself to a stranger, and phone calls bother me to a tee. I would drop Friday night parties for a movie date with myself in the cinema, like the unbothered queen I imagine myself to be. Did I miss a college party just to score the one-time screening of “Sana Dati” in our university’s Little Theater? Never regretted it.

I live for these fleeting interactions ever since this long-ass quarantine took a toll on my—surprisingly—longing for IRL conversations.

That’s why earning platinum at the Being a Homebody masterclass recently didn’t even shock me. But what did? Just when I thought that the stay-in requirement of this pandemic wouldn’t bring me down, I ended up as a Wong Kar Wai film character: (A little) lonely in their solitude.

Don’t get me wrong; I have friends who I know I can call anytime. Actually, we had a decent number of video calls since March (also the last time I saw them). “AAACCCKKK,” one of my friends would leave the link of the latest ep of “Gameboys” in the chat.

Sometimes, we’d leave links to quizzes. Or new music. Or a Zoom event we all know we wouldn’t get to attend because of our conflicting schedules. At least we invited each other. Venting sessions also happen every now and then. But I don’t want to make them constant emotional baskets—just like everyone else right now, I know they have their own battles.

Now that parties and shows are gone, what filled in this gap? Facebook groups.

Despite being an introvert, I found myself missing random interactions with strangers aside from hanging out with my friends. Meeting someone new has always been a thing pre-pandemic—especially with the nature of my job—but it feels like a foreign concept now. Now that parties and shows are gone, what filled in this gap? Facebook groups.

I never imagined myself playfully guessing strangers’ signs in Zodiac Sign Trashtalkan, let alone join the group in the first place. But doing little games with the members killed my time just right.

Heck, I didn’t even think I’d care about what strangers would say. Though I don’t usually share mine, seeing people’s top genres on Spotify in music recs without context is quite entertaining.

When I do open up, I always make sure there’s a promise of reciprocation. I enjoy scrolling in film recs for cinephiles, not only because they get the shit with goldmine Letterboxd reviews but also because I don’t know where else I could find folks who’d understand my fixation on Takeshi Kaneshiro. When I posted a link to his film “Lost and Found,” it actually mattered.

My dog of almost six years died in July, leaving me an emotional mess. Part of my grieving process was posting on Who’s Your Pupper?, not expecting anything. Little did I know, fellow furparents’ comments were the comfort I was looking for.

Facebook might suck sometimes, but these notifications from fleeting, low-maintenance connections are the reasons why I stay on the site. Shoutout to that ant role-playing group. Keep the colony running.

I once tweeted that this quarantine made us shift from Twitter games to Instagram games to Facebook games. Someday, these will probably look ridiculous in hindsight. But we’d also remember how they did more than we expected.

“I love this so much, I want to thank the person who shared this here,” I saw someone post the link to “Lost and Found” one day, with Takeshi Kaneshiro in the thumbnail. We might never remember the strangers we meet on the internet—unless we decide to meet IRL—but how these cyberspace communities tweak our emotions will stay.