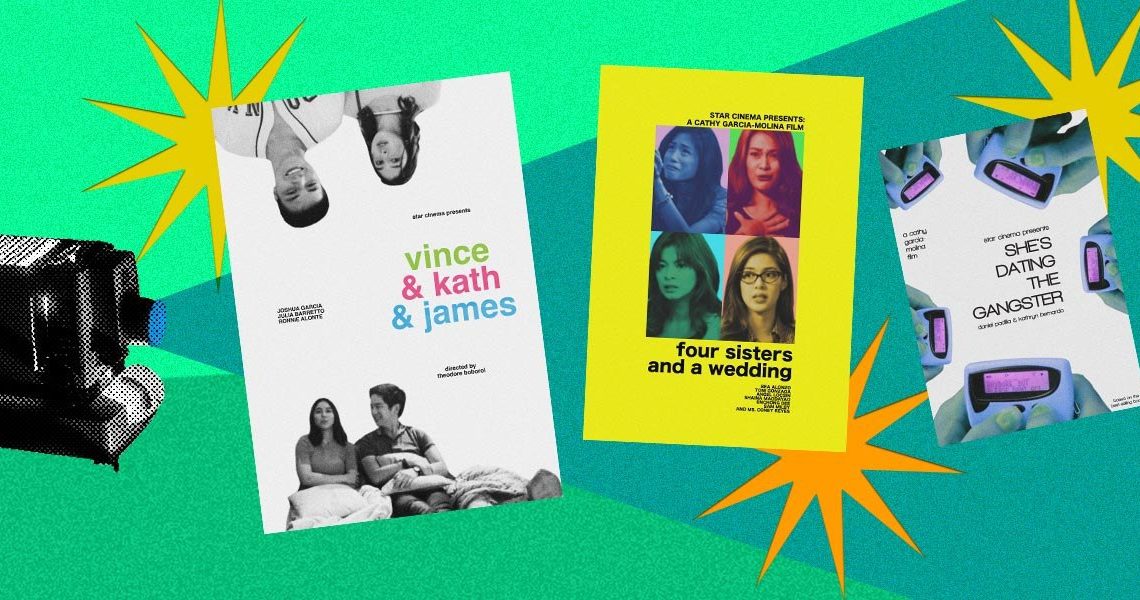 Looking at a movie poster is an experience in and of itself. Calling it a passive activity is a sin when in reality, it’s the getting-to-know stage of everyone’s cinematic experience. How a poster frames a film can either make or break your first impression—unless the actual plot, cast or genre affects your decision on whether or not to watch it.

That’s why it isn’t surprising when designers rack their brains in crafting their own versions of movie posters. Aside from putting their own aesthetic stamps on it, recreating posters is a compelling exercise to see how a viewer interprets a film. Think of it as a visual movie review. 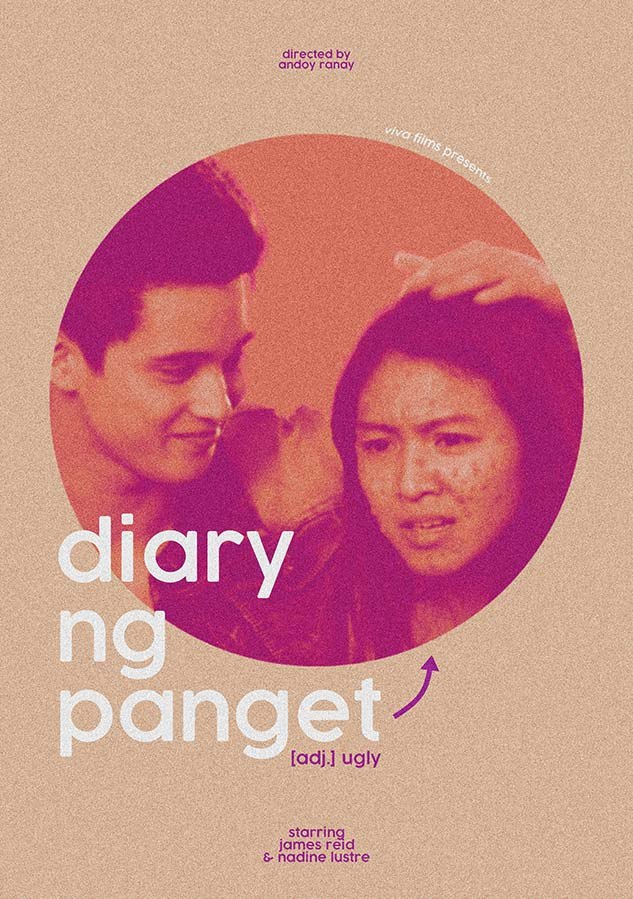 In case you haven’t been overstaying on the internet, there was a whole era of cinephiles designing their own “Parasite” posters just last year. Even “The Good Place” writer Demi Adejuyigbe recreated Oscars 2019 movie posters with a “Bojack Horseman” theme. But like us, freelance creative Mia Pasco has always wondered: Where the hell are the local ones?

Though admittedly not a fan of local movie posters (she loves indie though), Mia succinctly retells the story of Filipino mainstream films through her minimalist, two-toned posters that highlight characters more than anything. 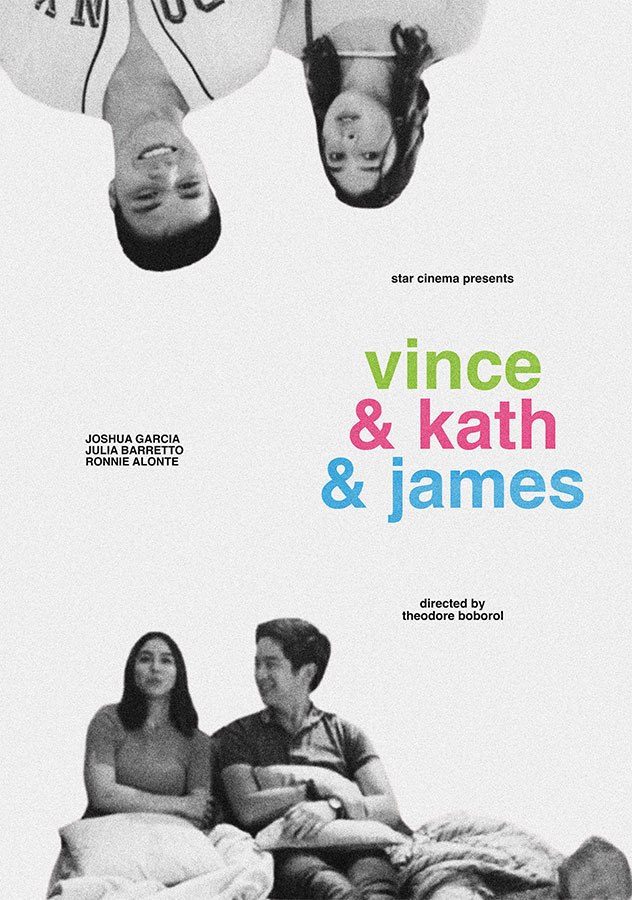 Her upside-down “Vince & Kath & James” poster, for example, does not only pay homage to how the title was stylized but also to the idea of Kath stuck between two pressing scenarios. Their only difference? To see Kath and James, we need to turn our head around. To see Vince and Kath, we don’t need any trouble. IYKYK. 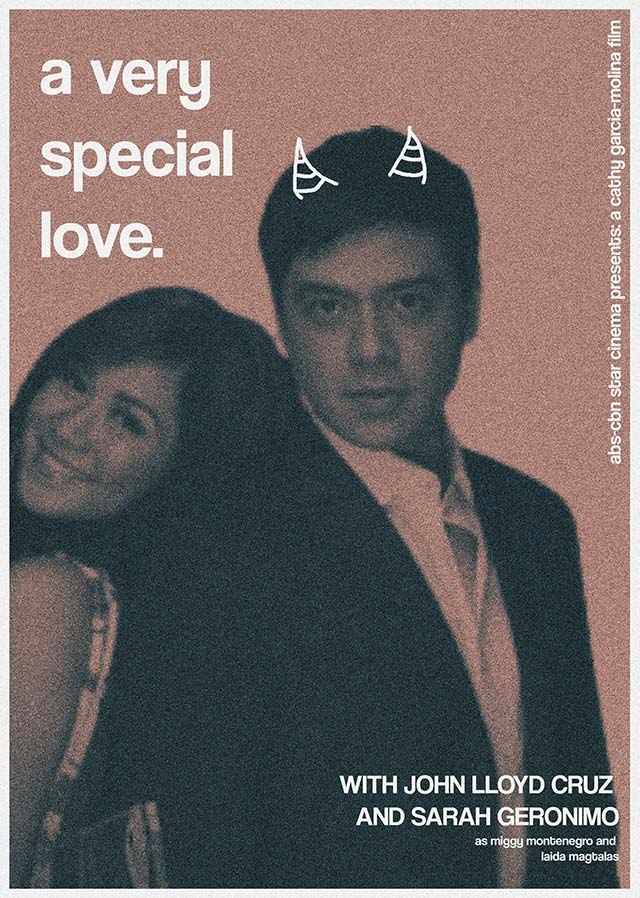 For “She’s Dating the Gangster,” Mia highlighted Athena’s beeper (read: also the inanimate agent of her meet-cute with Kenji). The beeper’s multiple appearances could symbolize the buildup of their meetup; the tension Athena felt before it, receiving wrong messages from Kenji. It also gives a clearer picture of time the movie was set in. “I thought that the beeper from the movie was actually iconic,” Mia says.

Mia’s wishes for Philippine cinema are rooted in her favorite local film “Ulan.” She says, “Irene Villamor’s ‘Ulan’ starring Nadine Lustre and Carlo Aquino really hit the spot. My hatred for weddings + belief in Philippine mythology in one movie?!  Love it. I really hope they keep on making films like [it]. I’d love to see more of our mythology mixed in with the modern world type of thing.” 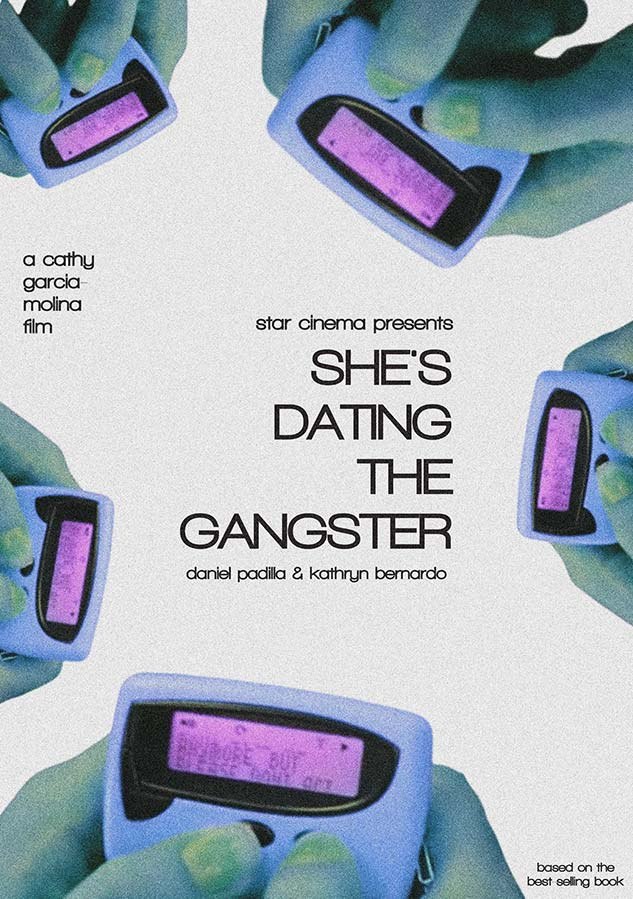 Though she’s been productive during this pandemic, she says that it’s been anything but easy for creatives like her. “I’ve been more focused on making creative stuff again during the quarantine because I am used to being out all the time before! [But] being a freelance creative in the midst of a pandemic is really a struggle. So, my advice to my fellow young/starting creatives out there: never settle for less a.k.a clients who do not pay well.”

If you dig these posters, then we’re glad you’re here—Mia has recently made another batch for Filipino horror flicks this time. Now, I think these call for a marathon.

This story is part of our #SeenOnScout series, which puts the spotlight on young creatives and their body of work. Edmar and many other creatives shared their work at our own community hub at Scout Family and Friends. Join the Scout Family & Friends Facebook group right here, and share your work with us in the group or through using #SeenOnScout on Twitter and Instagram.

SHAREIt is the summer of Italy. The grass is green and the flowers...