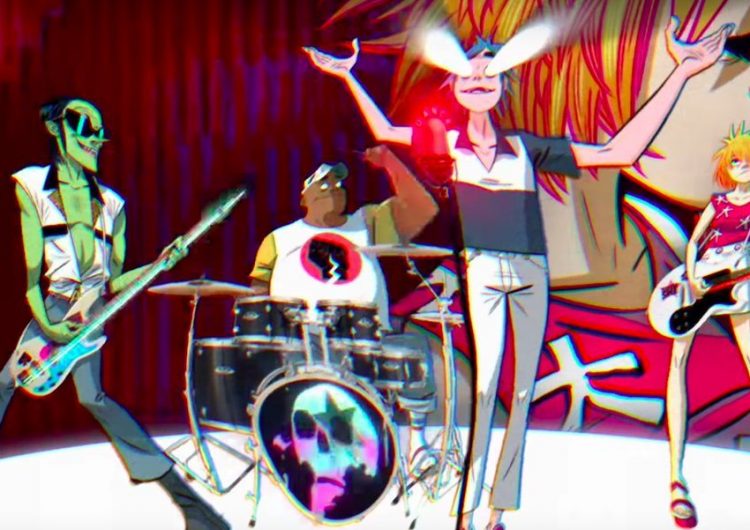 Gorillaz seems almost omnipresent, at least for me. “Clint Eastwood” was the backdrop to the early ’00s, while their MVs were pretty much a mainstay on MTV (back when that was a thing). An animated flick would be an obvious bit in their credentials, but it hasn’t been a reality—till now, that is.

Last week, the Gorillaz quarantine drop “Song Machine: Season One – Strange Timez” made its way into our world, but band leader Damon Albarn was quick to say that the “Song Machine” sequel is already in the works—alongside a full-length animated film. And best believe it’s going to be “kind of abstract.”

“We signed contracts, we’ve begun scripts and stuff. Making an animated film that’s kind of abstract is quite a big risk for a movie studio because they’re very expensive,” he said on Radio.com’s “New Arrivals” show.

While this isn’t their first foray into the land of moviemaking—they released the behind-the-scenes documentary “Reject False Icons” late last year—this upcoming animated project would count as their first full-length feature film.

“If you’re telling a slightly obtuse, weird story that only sometimes makes any sense, it’s quite difficult. That’s what we’ve discovered. But we will do it, we are doing it. I see a lot of people doing animated videos these days but I don’t think they really touch the quality of ours.”

Where will “Gorillaz: The Movie” (our title, not theirs) end up showing? Signs point to Netflix, at least according to Albarn’s separate interview with Chilean publication La Tercera.

“We have an agreement to make a movie with Netflix,” reads a translation. “I guess we will have to finish the second season and there will be time to finally be able to release the Gorillaz movie. I cross my fingers.”

After their 2003 movie “Celebrity Harvest” and the 2017 TV animated series were scrapped to god knows where, we’re crossing our fingers for this one.

SHAREBy Nico Pascual Image: Instagram Even before Yeezy Boosts and Pablo merch were...