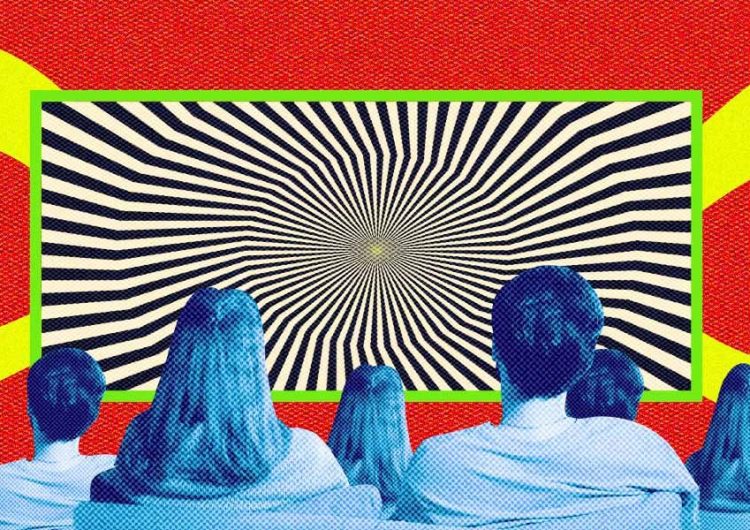 Admit it: The future may be vague, but you haven’t quit listing down post-pandemic dreams somewhere in your brain. But if mentally revisiting places (via Instagram archives) is getting a little tiresome, here’s something to look forward to after the plague.

Got to check out Sine Pop yesterday, a boutique cinema in Cubao. It’s a beautiful space, and once this pandemic is over, I’m sure it’ll become a regular hangout for local movie lovers. pic.twitter.com/QuMKoZaSrk

Not only is this intimate space dominated by a big screen,it’s also embraced by a peak cathartic bundle of nature. Tall bamboo trees hover over the place, making it a good view to stare at while, maybe, trying to peacefully move on from an open-ended story. No wonder it’s one of film critic Philbert Dy’s recos. “It’s a beautiful space, and once this pandemic is over, I’m sure it’ll become a regular hangout for local movie lovers,” he said on Twitter. (Also: Even its restroom is quite a… stunner.)

This year, pieces of our coming of age vanished as gig hubs, bars, and microcinemas were forced to close down. There’s no better time to support these independent gems than now.

Planning to drop by Sine Pop? Head to Mary Street in Cubao, Quezon City near the LRT2 Cubao Station. The cinema is  screening “Norte, Hangganan ng Kasaysayan” for free every Saturday at 1 p.m., with a maximum of six people per show. Call dibs on a slot here.