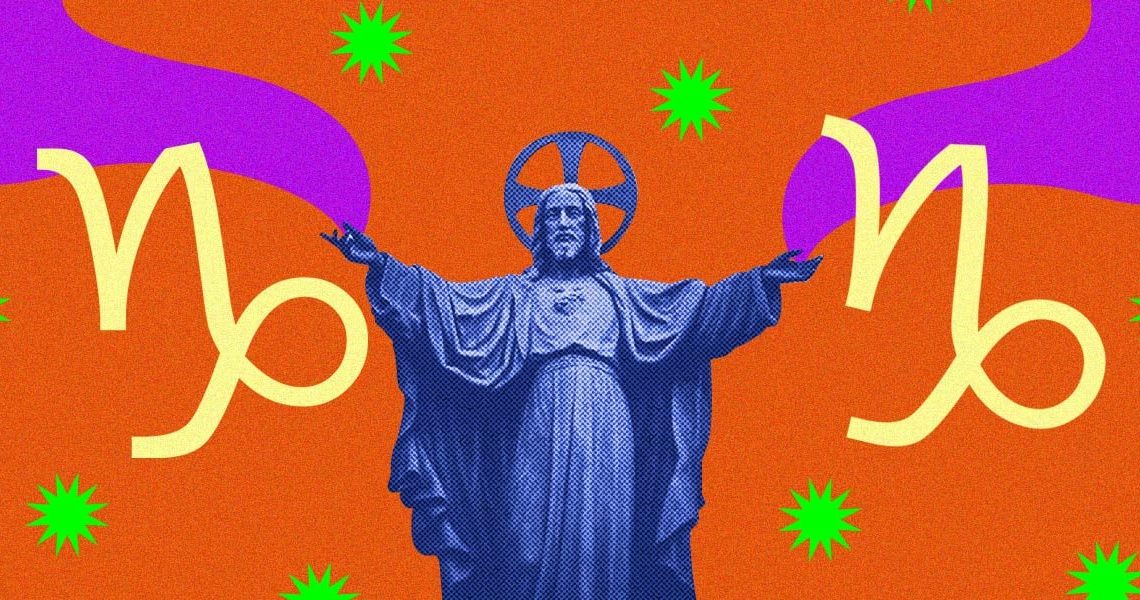 Was Jesus actually born on Dec. 25? The Bible doesn’t mention an exact date. Plus, December would have been the winter season, so it wouldn’t make sense for shepherds to be with their flock of sheep outside.

Whether or not He was born on what we now know as Christmas Day, our man JC is still pretty much a Capricorn through and through. Sure, Dec. 25 is near the Sagi-Capri cusp, but y’all Caps know you’ve got a GOAT (as in “greatest of all time”) on your side.

He didn’t put up with bull

Capricorns don’t tolerate hypocrisy, and Jesus really let the Pharisees have it in the Bible. In Matthew 23:1-36, we witness how Jesus called out the Pharisees, supposed teachers of the Word, for not practicing what they preach.

He called them hypocrites, and pointed out that the Pharisees’ pick-and-choose way of worshipping and appearing righteous doesn’t change the fact that their insides are rotten. He dragged them and read them for filth while stating nothing but facts; the kind of energy we want to manifest today.

He thrived on rules

Many Capricorns have high regard for rules, especially Jesus―His Father did pass 10 commandments down to Moses, after all, and they’re still the commandments that Catholics and Christians follow today.

He did however leave us with the beatitudes in Matthew 5:3-10, which is sort of like the 10 Commandments, only a little more positive. Catholic school kids, you know those passages. They start with “Blessed are those who.”

What I appreciate most about my own Capricorn friends is that they keep it real, and Jesus was the same with his own disciples. He promised He would return, even when they doubted Him, and He came through with His promises. When they lacked faith, He reprimanded them for that in Mark 16:14.

And when He’s not giving his disciples much-needed pep talks, He has other ways to prove a point. In John 20:24-29, the disciple Thomas only believed that Jesus was alive when he could touch the nail wounds in Jesus’ palms. And what did He do? Appeared right in front of Thomas and let him do exactly that.

Tell your Cap friends to take a break FR. Their dedication to work is admirable, but they seriously need to think about themselves, too. Jesus was kinda like that, the Son of God made so many miracles happen—He cured the sick, healed blind people, fed crowds and even resurrected the dead (and from the dead).

He fought for what He believed in

A lot of people didn’t believe Jesus was the Son of God, to which His miracle performing escapades earned either believers or doubters. Even then, Jesus stood His ground, something we can see in a lot of Capricorns.

He understood the struggles of the poor, the exploited and those ostracized by society and helped them through miracles. People had different interpretations of His Father, so he told parables and helped people understand more (even when people, the same people He was saving, wanted Him crucified).

And we didn’t stutter: He would have stood up for the girls, gays and theys, too.

Read more:
Jesus would’ve stood up for queer rights—so when will you?
#LoveVersesHate uses the Bible to spread love to the LGBTQ+ community
‘Pinagtripan nila si Hesus’: Yes, a Taglish bible now exists

SHAREBy Nico Pascual Image: Comingsoon.net After a cool promotion at the Euro 2016...

SHAREAs far as I can remember, I’ve always wanted to be an anime...

No one is safe: Even Kidlat Tahimik tested poz for COVID-19