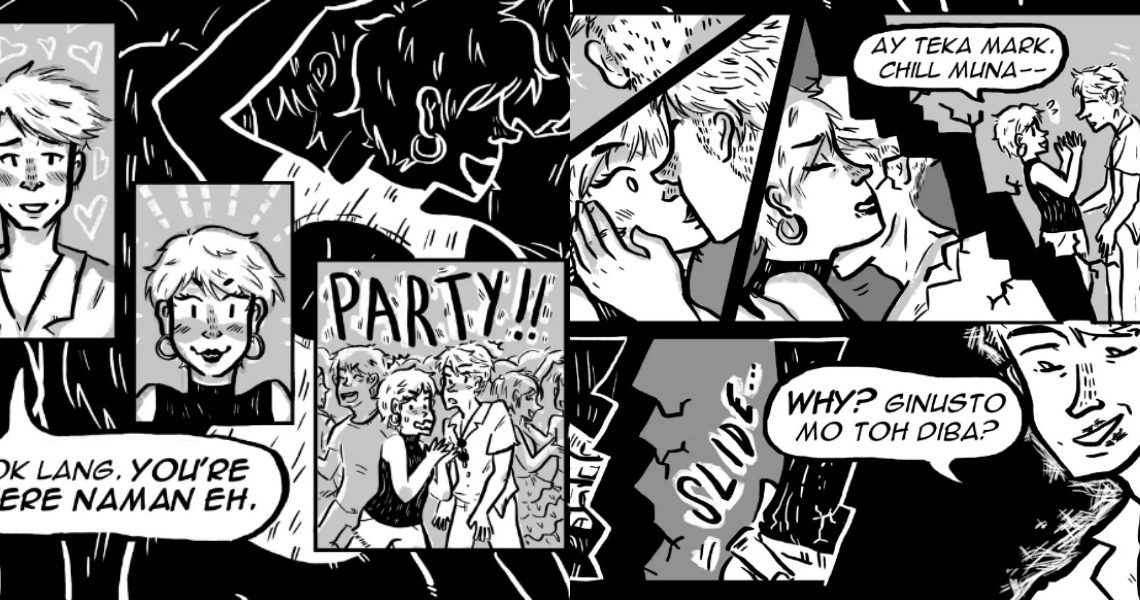 As layers of Christine Dacera’s case continue to unwrap, more people chime in on the discourse. Whether or not she was raped, the case is far from being solved, but God forbid in this day and age, victim blaming still occupies a huge chunk of that discussion.

Sadly, tons of takes on social media focus more on how women should act, often bringing up Maria Clara. As gentle, intelligent and admirable as she is, comparing real women to a fictional character isn’t quite fair. If she actually lived in our time, would she be admired for her modesty or be branded prissy?

A local komiks’ modern take might help us reevaluate our perception of Maria Clara. Titled “Nagmamahal, Maria Clara,” this time swap komiks created by Marian Hukom follows Maria Clara transported to the present day as she navigates the modern world.

The first two episodes saw our protagonist plod the unfamiliar setting, drawing attention because of her formal speech and “costume.” The deuteragonist, a production assistant named Jenny, accidentally scouts her to play, well, Maria Clara in a film she’s working on. And as demure as she seemed, these first two episodes set the tone for a different kind of Maria Clara―She stood up to a stuck-up film director. She felt off after reading about her own fate in Jose Rizal’s novel. She was aware of how people in the modern world use her name as a synonym for prude. 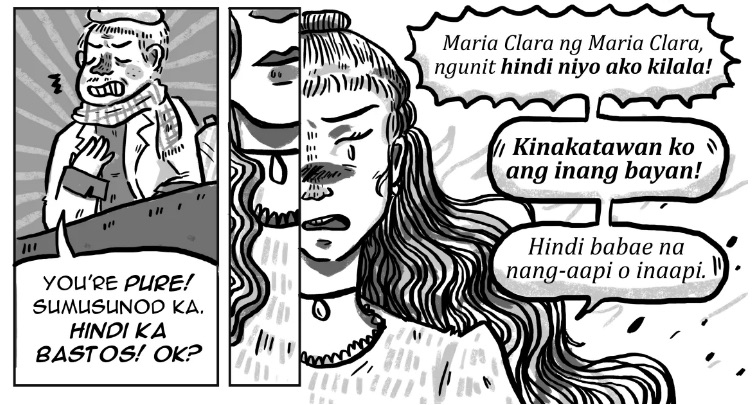 Episode 3 focuses more on Jenny, who was sexually assaulted at a party by the film’s lead actor. He then tried to turn the story around after Jenny rejected him. It turns out that someone had recorded the assault on video, resulting in the guy getting booted off the show. 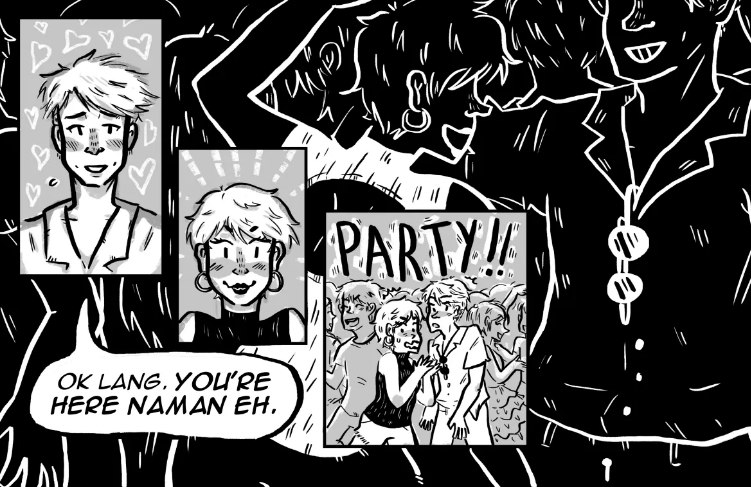 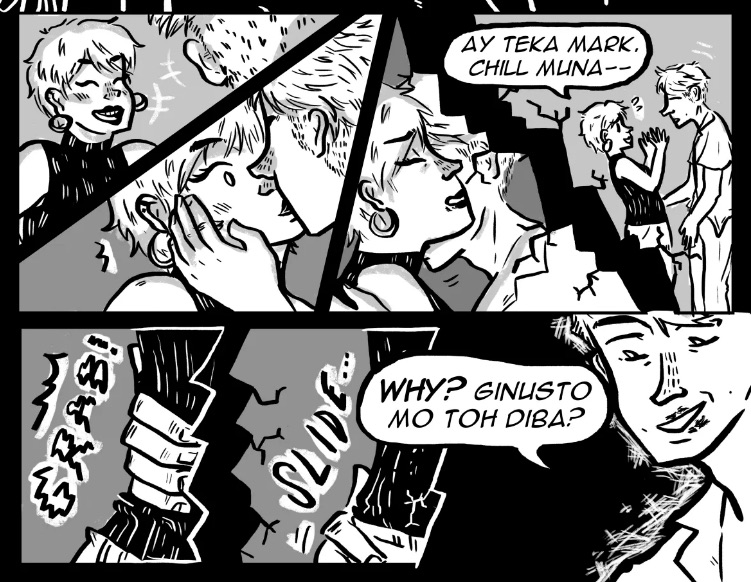 The episode also tackles how the Maria Clara model, as flawed as it is to be a standard today, still has redeeming qualities we can admire and emulate: dedication, kindness and humility.

Hukom has acknowledged that the Maria Clara standard for modern women is “a tradition that’s been passed on with lack of thought.”

She’s a product of her time, and to force people to be like her now is irrational. It’d be better if we see her as a stepping stone in history, and a testament to how much we have evolved 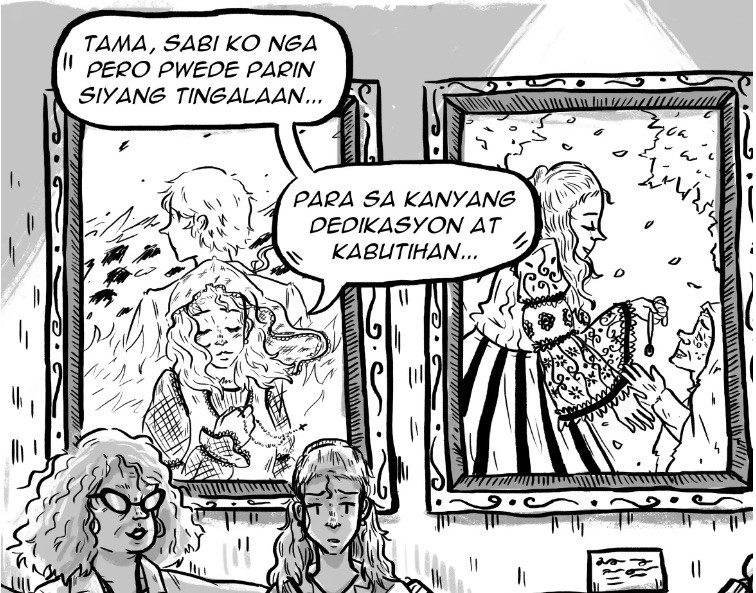 She shared a bit of context based on her research for her college thesis on the Maria Clara archetype in relation to the values of modern Filipino women. She and her thesis partner dissected Rizal’s characterization of Maria Clara and found that Maria Clara was meant to represent the Philippines during the Spanish colonization. 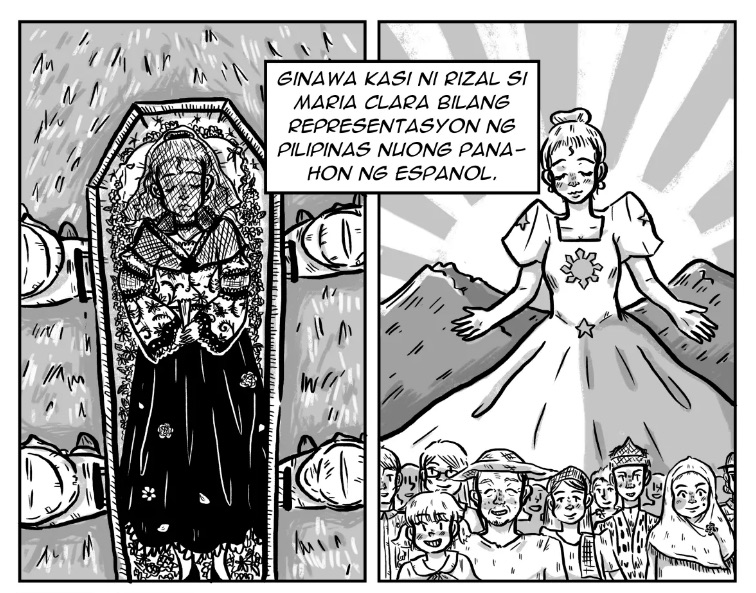 “She’s a product of her time, and to force people to be like her now is irrational. It’d be better if we see her as a stepping stone in history, and a testament to how much we have evolved,” Hukom said.

Maria Clara may not be your ideal female figure (especially in this modern setting), but her dedication and kindness are things we can all take note of.

Read more:
What you really mean when you say ‘she asked for it’
5 sneaky statements that contribute to rape culture
Why women freeze when they get harassed