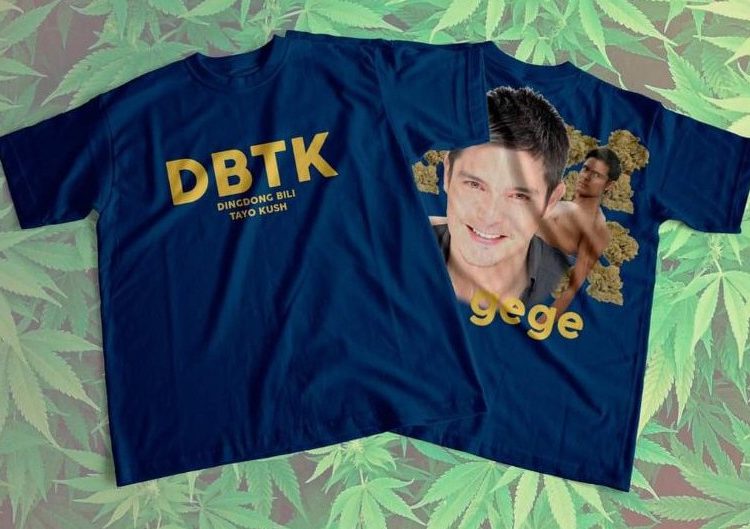 Time to call “mine” on this one, 4/20 peeps: DBTK has a hot new drop. And no, not that DBTK. I’m talking about the other one—Dingdong Bili Tayo Kush, obviously.

A certain bootleg-slash-parody “DBTK” shirt has made its way to the shores of e-commerce site Shopee. The product photo features two sides of the dark blue shirt in question with the brand name written in yellow that’s seemingly inviting actor Dingdong Dantes, because reasons.

At the shirt’s back are two images of the Dantes himself in all his smiling glory, unaware that he will one day grace the back of this glorious shirt. The word “gege” is displayed below and everything is set against the backdrop of—you guessed it—kush.

We doubt that either Don’t Blame the Kids or Dingdong Dantes himself is involved in the making of such a shirt, but seller joan_tolentino04 claims that it’s “legit 100 percent” (whatever that means). The shirt, priced at P1,000, is available in small to XXL. As of writing, there are currently 70,000 stocks available, “used but not abused” (what, all 70,000?) and “so amazing for boys,” according to the seller.

Shopee has also taken it upon itself to feature the shirt in its ads, with the product photo popping up around the interwebs. 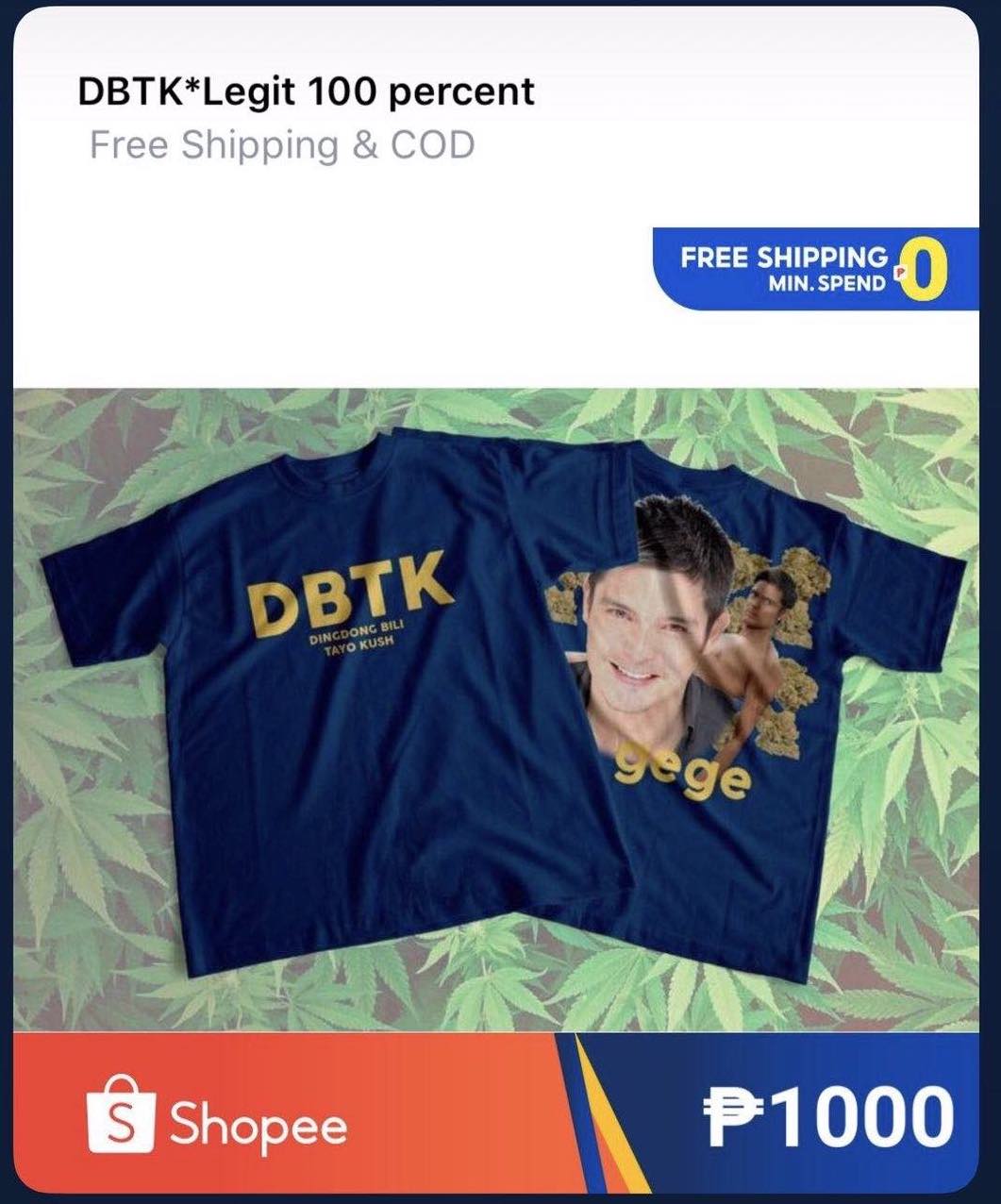 Anyway, here’s the link to the shirt. Go forth and process your thoughts.

Read more:
7 weird products you can buy online that nobody asked for
UN called it, cannabis is officially a medicine now
Thanks RC Cola, now can Filipino ads be weird again?

SHAREThe Tumblr kids who made “She never looked nice. She looked like art,...

[cries in “Huminga” yet again]

SHAREIt’s quite a heavy Monday to deal with. NBA legend Kobe Bryant has...