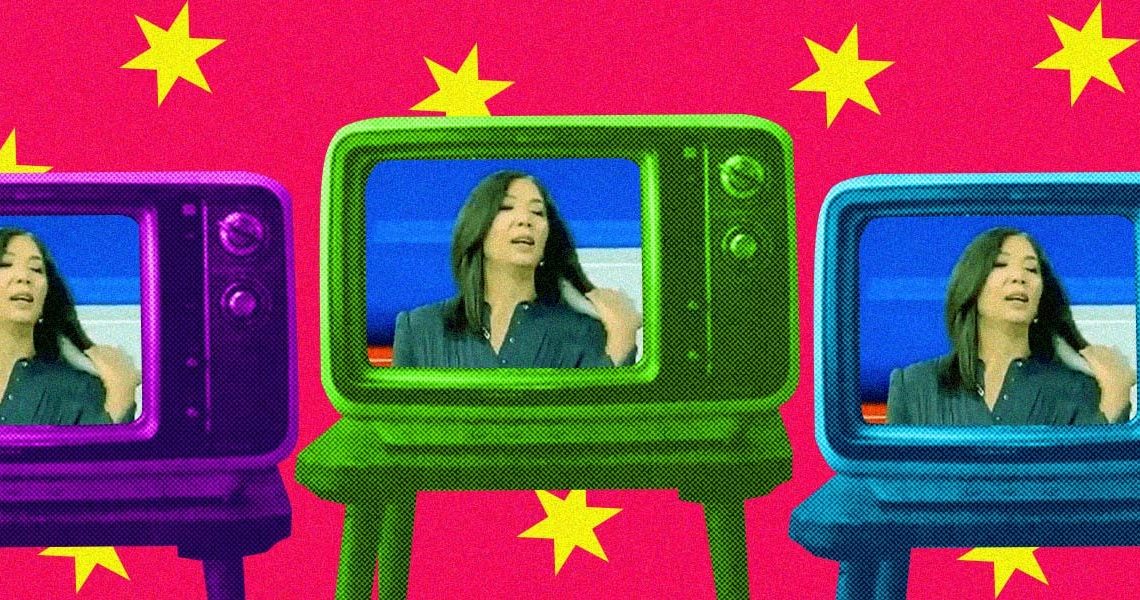 Whoever said women are “too emotional” has obviously failed to look at a) themselves in the mirror and b) all the women around them clearly not all up in their emotions.

On Jan. 20, news anchor Pinky Webb interviewed presidential spokesperson Harry Roque on CNN’s “The Source,” and ended up trending on Twitter for how she conducted the interview: calm, collected and (we kid you not) with a hair flip.

Among the topics they tackled was the recent scrapping of the three-decades-long agreement between the University of the Philippines (UP) and the Department of National Defense (DND).

Roque, a UP alumnus himself, insisted that the move would not create any tension in the campus (though, as we’ve written before, tensions whenever there are military and police sightings on campus).

Webb then asked Roque what his reaction was to UP journalism professor Danilo Arao’s tweet “challenging” the UP alumni (who are also President Duterte’s top-level officials) to denounce DND Sec. Delfin Lorenzana’s letter terminating the accord. The tweet also questioned where said alumni’s “honor and excellence” is.

CHALLENGE: UP faculty and alumni who are Duterte’s top-level officials should denounce Lorenzana’s letter terminating the 1989 accord. This disregards everything that UP stands for. Should they remain silent, a six-word question: Where is your honor and excellence?

Webb read the tweet to Roque and asked whether he would take the challenge. He did answer it (by saying he’s “not duty-bound” to take up the challenge), then proceeded to bring it up again after the commercial break, saying Webb’s questioning was “unfair.”

And as Webb apologized and started explaining how it wasn’t her intention, Roque interrupted her and pointed a finger at her.

The exchange starts at around the 13:11 timestamp, and for two minutes and 24 seconds, we witness Roque trying to school Webb on fairness (and let it be known that I’m adding “it was a tweet, sir” to my vocab now).

Webb ended the discussion on that topic smoothly, taking her source’s words as they are (rather than engaging in an equally heated tone), which we all can take note of because, whether we admit it or not, there may be times when we get heated in conversations.

Take it from Webb herself, who had some pretty interesting ways to keep her composure during interviews. Remember when Roque’s screen froze? The internet had a field day meme’ing the heck out of that, but Webb remained calm and tried calling his attention a couple of times.

But if you don’t feel like engaging, you can always walk away, maybe leave them with a hair flip channeling Vice President Leni Robredo’s energy in April 2019.

Read more:
After enjoying a nice dinner and karaoke, Harry Roque tells students to prioritize school work
Harry Roque really gave us a salty PPT presentation, huh?
UP students are not having AFP’s shabu lab “what if”

SHAREEveryone knows Anthony Bourdain in two ways: vaguely, through peripheries or obsessively, through...