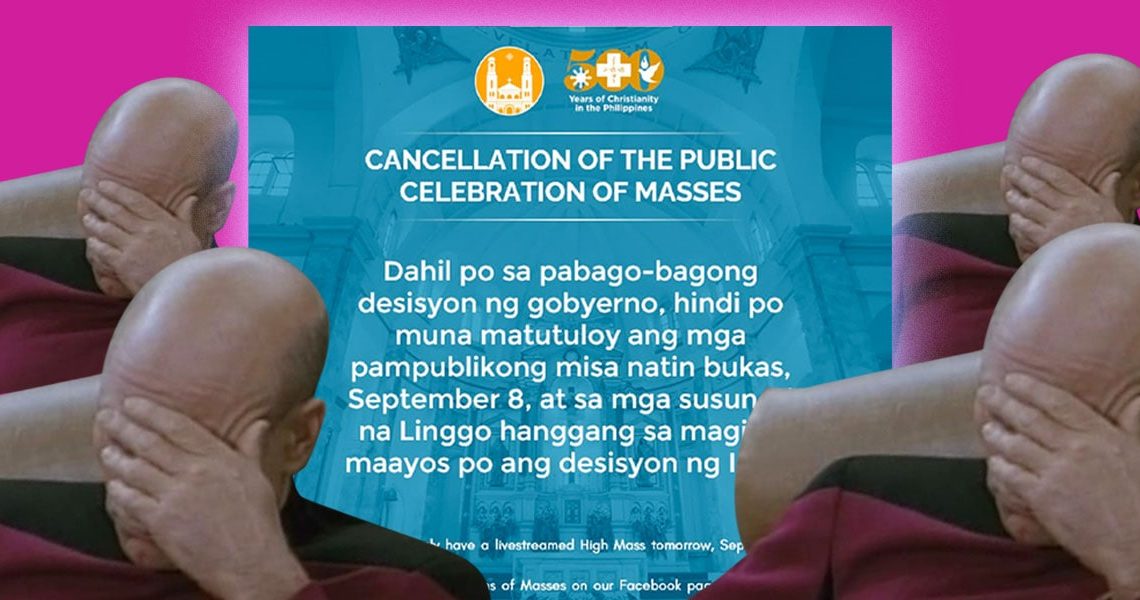 Don’t fret, mortals. It seems that even the holiest institutions can lose their patience with wishy-washy decisions from the government. With the sudden extension of Metro Manila’s stricter quarantine status, a couple of churches have echoed the chorus of “huhs???”, which, apparently, remains a continuing pandemic saga.

On Sept. 7, the Inter-Agency Task Force for the Management of Emerging Infectious Diseases (IATF) recalled an earlier pronouncement of the capital region’s general community quarantine (GCQ) status, with the agency opting to extend the current modified enhanced community quarantine (MECQ) till Sept. 15.

“The IATF deferred the pilot implementation of the GCQ with Alert Levels System in the National Capital Region (NCR),” IATF and presidential spokesperson Harry Roque said in a statement. “Metro Manila’s current risk classification as MECQ shall be maintained until September 15, 2021, or until the pilot GCQ with Alert Level System is implemented, whichever comes first.”

PALACE BACKTRACKS. The government has deferred its decision to pilot granular lockdowns and ease Metro Manila’s status to GCQ, keeping the region’s MECQ status until Sept. 15.

In the announcement before that, Metro Manila was expected to return to its GCQ status on Sept. 8, which meant that some services—including religious gatherings—were allowed to open up with observed protocols. With the last-minute change, however, churches were left to revise their upcoming sched—but not without throwing some shade.

(Because of the government’s fickle decision-making, public masses will not resume tomorrow, September 8, as well as the following Sundays until IATF makes a proper decision.)

(We can’t keep up with the government’s decisions, so tomorrow, we’ll return to MECQ.)

(They asserted it yesterday, but they withdrew it today.) 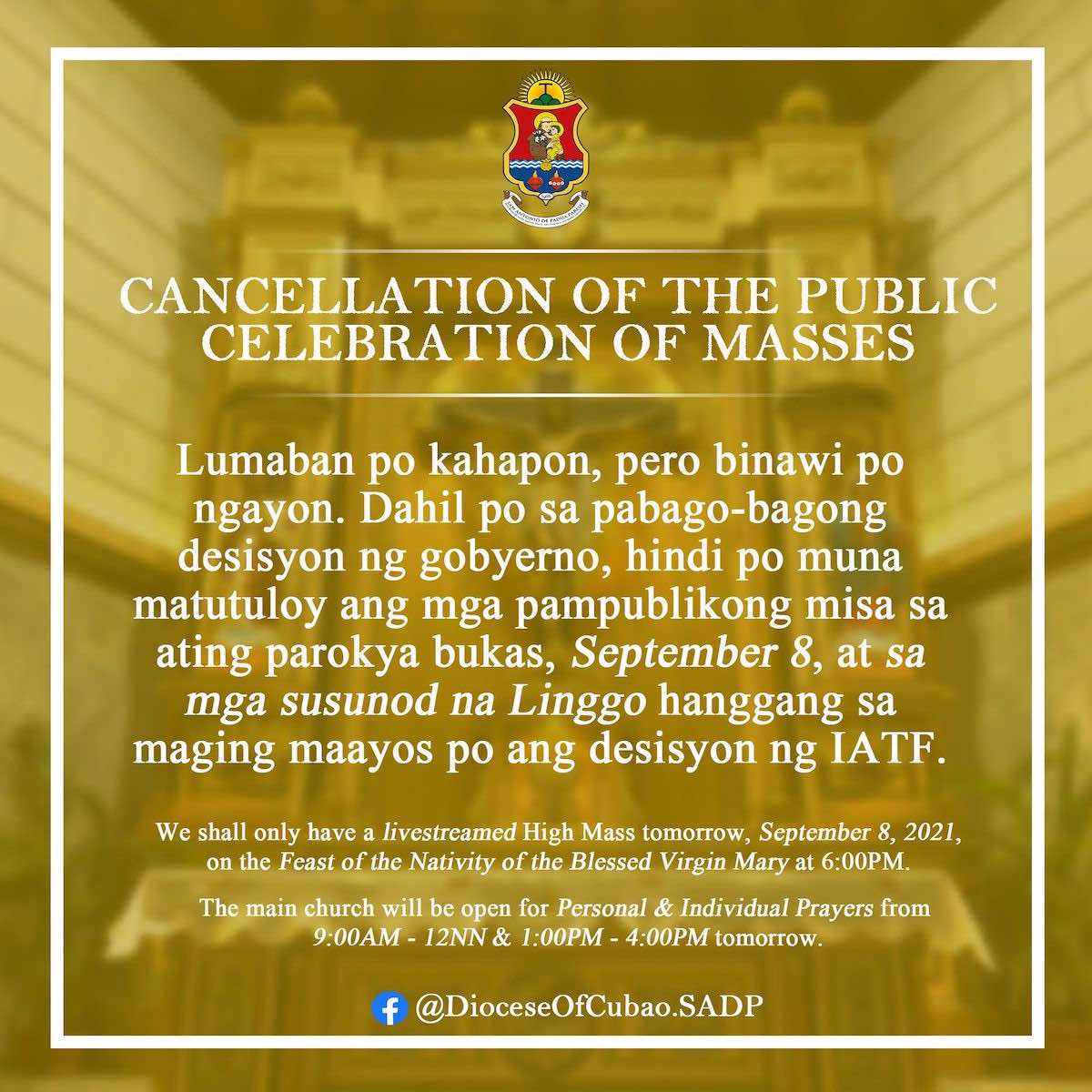 Thou shalt not bear false witness, folks—because there’s nothing like the spirit of shade that can unify faith, amen.

SHAREI have a small confession to make. In a sea of dog lovers,...