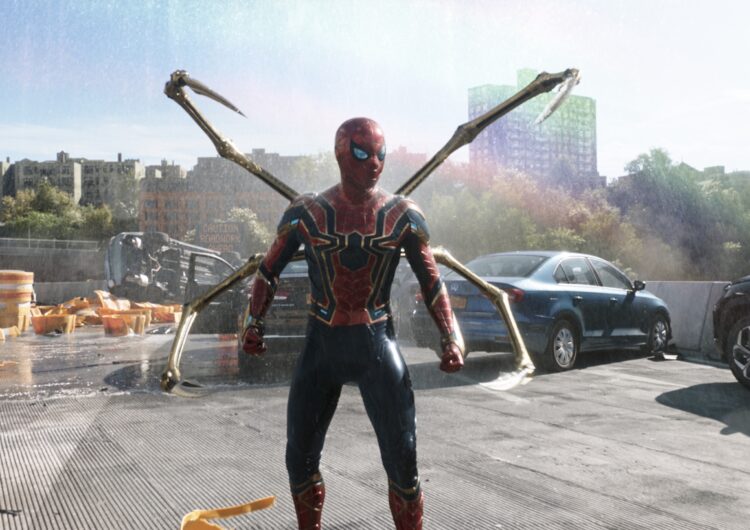 Cinemas may be back, back, back again this November, but it looks like Filipino moviegoers—especially the Marvel Cinematic Universe fans—aren’t celebrating just yet. In case you missed it, there’s an ongoing petition to prove that.

As much-awaited films will head the moviehouse comeback at the end of 2021, there will also be premiere delays in the Philippines. One of them is “Spider-Man: No Way Home,” which is slated to drop on Jan. 8, 2022, three weeks later than its official international release date on Dec. 17, 2021.

On Nov. 4, Columbia Pictures Philippines posted a list of upcoming titles on Instagram, like “Venom: Let There Be Carnage” (Dec. 8) and “Ghostbusters: Afterlife” (Jan. 26, 2022), with the caption, “Good things come to those who wait, thank you for your patience.”

But with a #DontDelayNoWayHomePH online campaign and an actual petition on Change.org, MCU stans are calling for an earlier movie opening of the “Spider-Man: Far From Home” sequel in the country.

“See, with the IMPLICATIONS of this film being SO BIG (in terms of the overall effect of this film in the MCU), if you are to release this film, here in the Philippines, in January of 2022, there will ALREADY BE PLENTY OF SPOILERS, on the internet.” writes Lance Chua, the person who started collecting signatures, which has amassed 6,532 out of 7,500 as of writing. “AND, THAT WILL DEFINITELY RUIN THE EXPERIENCE FOR US, especially because, as already mentioned, the IMPLICATIONS OF THIS FILM IS HUGE. This is NOT ‘just’ a standalone film.”

Franz Miraflor, one of the folks from the Philippines who joined the petition, said in the comments: “I’m signing because we all need to be captured by the theater experience at the same time as the whole world. There is a high chance that we will not be able to dodge spoilers for 3 weeks. Besides, they might just not watch the movie in January if people got their experience spoiled already. That’s not a very economical decision that can impact the box office of ‘No Way Home’ in this country.”

But in true fanbase solidarity fashion, even MCU fans outside the country have voiced their support. “I’m not from the PH but they deserve every right as fans to watch at the same time with the rest of the world. Spoilers suck,” said Mostafa Anwar.

The petition tagged Sony Pictures, Marvel Studios, Cinema Exhibitors Association of the Philippines, and Columbia Pictures Philippines. If this doesn’t say how much we despise spoilers, I don’t know what will.

As cinemas reopen, safety measures will be followed based on “Sa Sine Safe Ka” protocols. This includes deep cleaning between screenings, no eating inside the cinemas, and socially distanced seating, among others.

Oh wow, ‘Into the Spiderverse’ made #DonaldforSpiderman happen after all

Still from “Spider-Man: No Way Home”

SHAREWe’ll be real: we love putting these stories together because we love the...