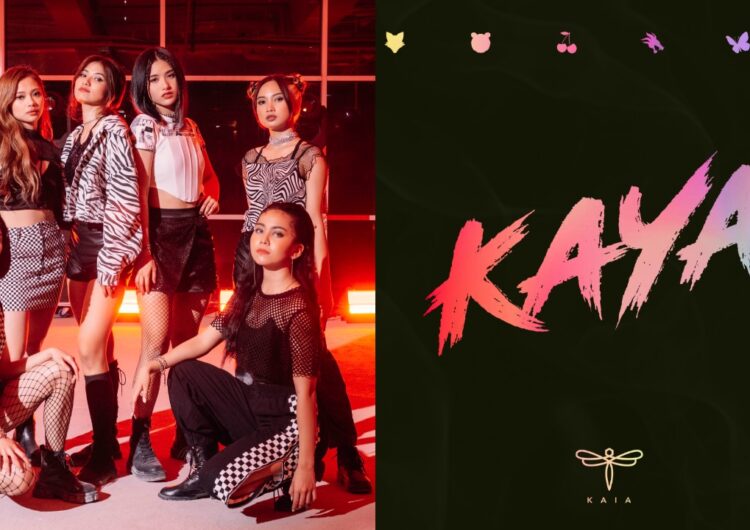 In case you missed the memo, P-pop is running full speed ahead. But if you need further proof, you might wanna look at the newest girl group around this side of the globe, Kaia.

After their public launch last month by ShowBT Philippines, the sister group of SB19 just dropped their pre-debut single “Kaya” today, Dec. 10. With lyrics written by members Charlotte, Angela, Sophia, Alexa, Charice, and Joanna, along with musician Maegan Adriano, the new track takes cues from hip-hop and EDM, with lyrical themes of bouncing back amid troubling times.

“We are nervous and excited at the same time,” says the six-member girl group in a statement, after sharing that the track also took inspo from what they’ve gone through as a group. “We are excited to show people what we’ve been working hard for in the past months.”

“Kaya” is produced by Han Seungtaek and Lee Oh Won, who had previously worked on tracks from SB19 and K-pop names Shinee’s Taemin, Stray Kids, TVXQ, and Wanna One. The song’s drop also comes with an MV, as directed by Jonathan Tal Placido.

Back in July, SB19 shared that like us, they, too, are hyped up for P-pop’s next gen. So, here’s a peek of that—watch and listen to “Kaya” below.

SHAREWhen we were younger, we were taught about the binaries of good and...

SHAREBy Celene Sakurako Thanks to Ayala Museum you can now book a trip...

SHAREAh yes, “Emily in Paris.” You either loved or hated this Netflix comedy-drama...