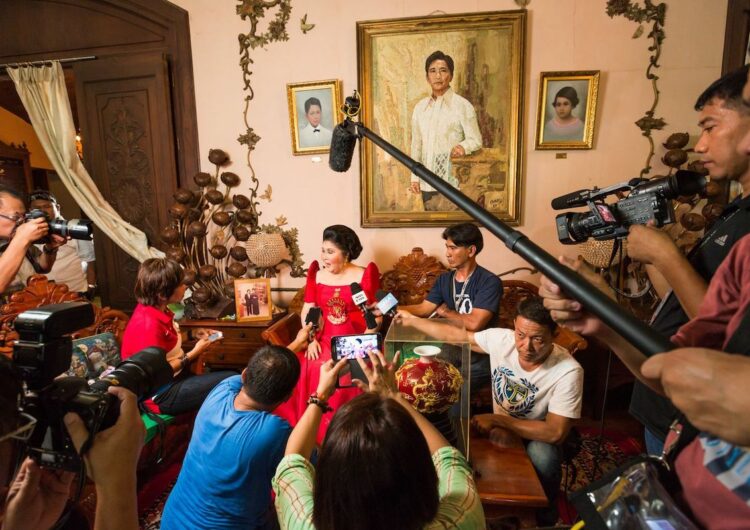 With disinformation running rampant on the internet, we can also turn to other channels that disclose truths through different means—case in point: documentaries.

Now that free docus are popping up left and right, there’s no better time than the present to get our internal fact-checking gears going. But where to start? Fortunately, there’s a database for that.

Alongside FilDocs and the Cultural Center of the Philippines, the folks from the Daang Dokyu Film Festival unveiled DaangDokyu.ph, an expansive online database for Philippine documentaries.

After its team gathered 1,500 titles dating back from 1913 till the present, the database lets users rifle through docus with search filters that can be adjusted based on different categories, including director, release year, location, language, genre, and content and theme (i.e. Martial Law, OFW, LGBTQ+ issues).

Each documentary page includes the film’s synopsis and the rest of its creative and technical info. If the film is streaming, then there’s no need to scour the internet for working links—they should also be available on the page.

After scrolling a bit further, users can also spot an “Organize A Screening” button, where they’ll be redirected to a request form for organizations, events, and fests. Aside from these features, filmmakers can submit their own film into the database.

“It is often claimed that Filipinos never learn from the past, or that Filipinos are forgetful. What is not said often enough is that remembering and looking back on the past are not simple,” says filmmaker and project director Jewel Maranan in a statement. “Our collective lessons and memory have to continuously be made accessible to the new generation. And documentaries are one powerful way of doing this.”

Ready for that refresher? Check out the site here.

Read more:
5 Filipino docus that show women’s diversity
10 Daang Dokyu films getting us schooled on our nation’s rich (and painful) history
These award-winning docus reveal the real state of our nation

Photo from “The Kingmaker” taken by Lauren Greenfield

SHARELook, our beef with unnecessary remakes (looking at you, “gritty” ones) has long...

SHAREOur favorite web series is bringing its hot wings (and even hotter questions)...