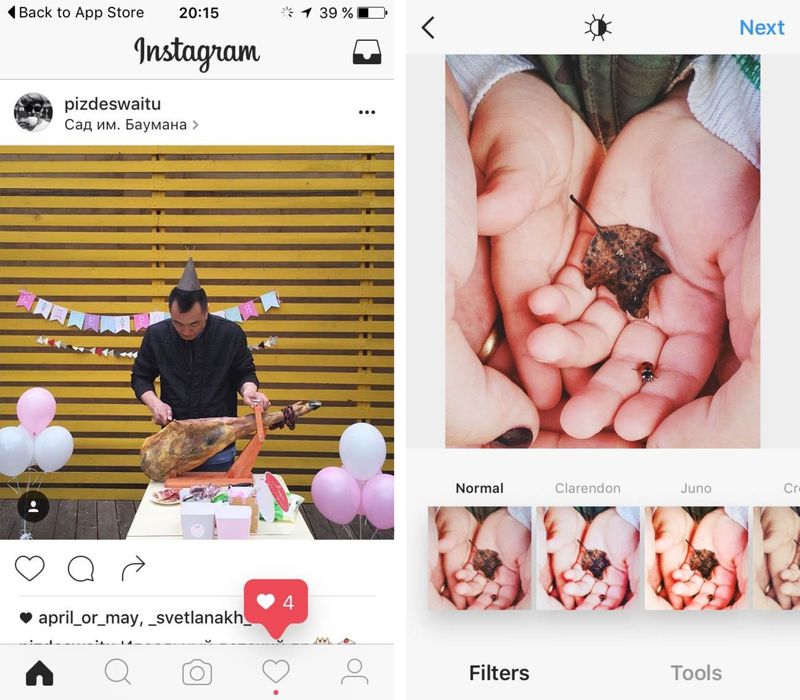 Of all the major social platforms, Instagram has changed the least since its inception. This decision to keep its interface the same has won over millions of users who use the company’s curated grid as a social projection of who they are, their artistic portfolio, and as a tool to connect with others. But there are signs that the app may be undergoing a significant change: The change comes in the way of using plain black and white instead of its current blue-and-orange aesthetic.

Screenshots have emerged from the redesign, showing an increased use of black and white and some redesigned icons throughout the app.

The result is a design that feels more modern. But perhaps in the effort to feel sleek, the design appears to loss some of its distinctive character. It’s unclear whether the design will roll out to devices anytime soon. “We often test new experiences with a small percentage of the global community. This is a design test only,” a spokesperson told Tech Radar.

What do you think about the change?

SHAREAre you ready to channel your inner Elle Woods, Rory Gilmore or Amy...

SHAREProbably the best news of week, we guess? Students of the Philippines, your...