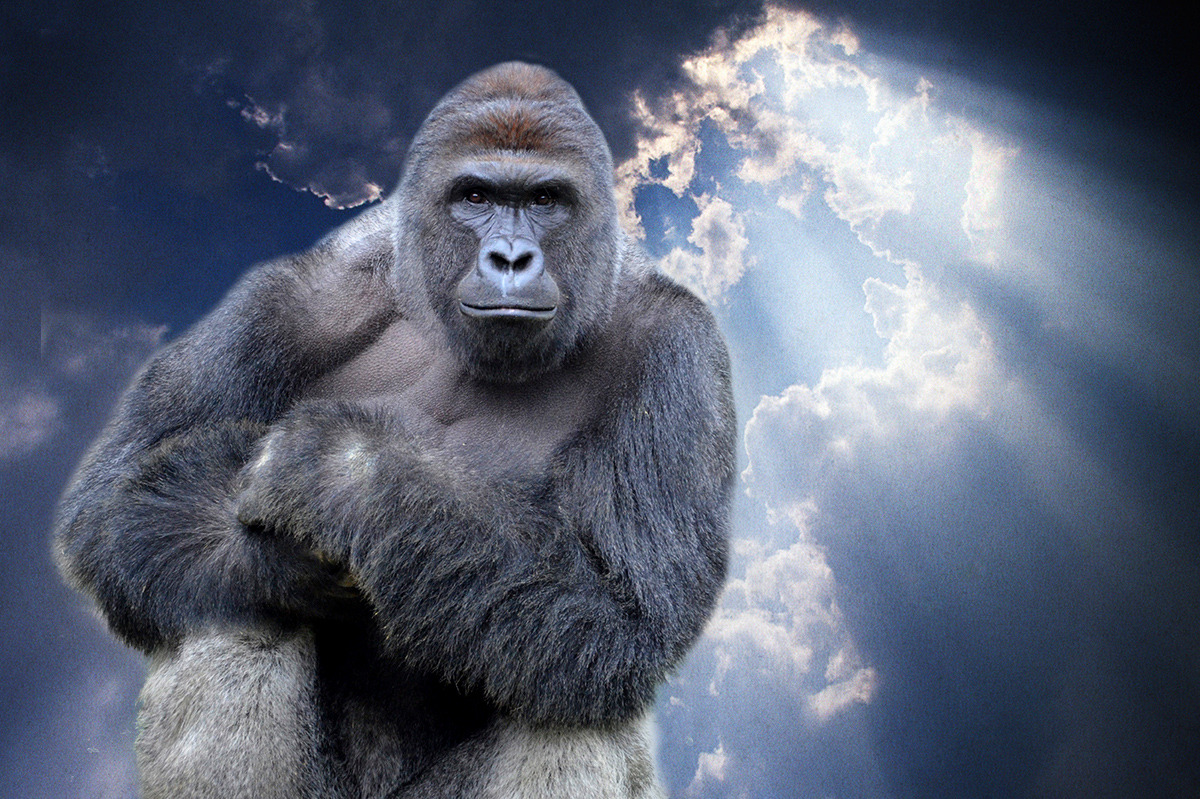 ROOKIE OF THE YEAR: Lauren Reid—Read the full story here.

CRUSH OF THE YEAR: Liza Soberano—Damn, this girl was literally everywhere. She’s Manila’s version of Helen of Troy—the face that launched a thousand (or more) social media posts, including one famous tweet by artist Charlie Puth.

BUZZER BEATER HEARTBREAKER: Brangelina breakup—And we thought forever was real. MUST PROTECT THE BECKHAMS AT ALL COSTS.

AND WE THOUGHT WE WERE DONE WITH THIS: Harry Potter and the Cursed Child—It was exciting at first, until you read it. Should’ve stopped at the seventh one, JK.

[pull_quote]BEST AND WORST PHRASE TO COME OUT OF ANYONE’S MOUTH: “Pak, Ganern!”—It was funny at first, until everyone started overusing it. PLEASE. STOP.[/pull_quote]

BEST BURN: Kim Kardashian keeping receipts of Taylor Swift—Since when was keeping and bringing out receipts a thing? We’ll never get tired of using the snake emoji and using “I would very much like to be excluded from this narrative.”

BIGGEST PUBLICITY STUNT OF THE YEAR: #HiddleSwift—Not being a hater here. The beginning of their “relationship” was timed so conveniently along with Kim K’s takedown of the singer. #Hiddleswift didn’t last very long, of course. Coincidence? We think not.

2016 MEME THAT NEEDS TO GO AWAY: Harambe—Yes, I’m afraid it’s time to pull our pants up. What do you value more? Harambe, or the idea of Harambe?

MOST SHAMEFUL PINOY PRIDE MOMENT OF THE YEAR: Every time the president insults a foreign leader/power—WE ALWAYS BECOME AN INTERNATIONAL HEADLINE, Y’ALL.

MOST DANGEROUS GADGET: Samsung Note 7—Sad, but true. You know shit’s hit the fan when you have to release an update stopping the phone from charging.

BEST CONSOLE RELEASED THIS YEAR: NES Classic—Nope, not the PS4 Pro, not the Xbox Scorpio, and the Nintendo Switch is a thing coming out next year. The best one is the machine that allows us to play all the old Family Computer games in glorious HD.

THING WE THINK IS SILLY NOW BUT WILL END UP LOVING LATER: VR video games—It’s still in the early stages, but VR is the next big thing we’ll all be doing. (Some of us are already into it on our phones.)

THE MOST NOTIFICATIONS YOU’LL EVER GET: Telegram—A chat app with all the wackiest stickers you’ll ever use, plus games such as Werewolf and Quizarium within your group chats? Notifs for daysssss.

[pull_quote]GENRE OF THE YEAR: Hip-hop and R&B—The release of albums from Beyoncé, Bruno Mars, Rihanna, The Weeknd Frank Ocean, Usher, Solange, and… okay, Drake. It was a good year for music. Enough said.[/pull_quote]

BEST ARTIST WHO FINALLY WENT MAINSTREAM THIS YEAR: Chance The Rapper—The groundwork was laid down by Surf, Chance’s record last year with Donnie Trumpet and the Social Experiment, and he followed it up in a big way with 2016’s Coloring Book and his work on “Ultra Light Beams.” A couple of years ago, you could only hear relatively few people singing “Cocoa Butter Kisses”; now everyone’s shouting YOU DON’T WANT NO PROBLEMS, WANT NO PROBLEMS WITH ME.

SONG (THAT WE REALLY DIDN’T WANT AND WISH WOULD GO AWAY NOW) OF THE YEAR: “Closer” by The Chainsmokers and Halsey—Give me inauthentic dancehall-infused jams every day, just don’t give me this sad, bro-step spiritual successor. Are we supposed to get this song because we eat microwaved meals twice a day? Those old-school synths are better off somewhere else.

BIGGEST LOCAL KPOP SHOW IN 2016: EXO in Manila—This was probably not just the biggest K-pop show in Philippine history but also one of the most successful concerts here in general. Originally intended for a one night only event, tickets sold out within 24 hours and organizers eventually opened up slots for a second day. We’re guessing we’ll be seeing EXO again in Manila pretty soon.

#PAASA AWARD: Frank Ocean delaying his album release—We marked those dates on our calendars, Frank! (We eventually got Blonde, but STILL.)

FAVORITE BRO MOMENT: EarlWolf getting back together—Yup, Odd Future cohorts Earl Sweatshirt and Tyler, The Creator finally settle their beef and reunite onstage to perform Orange Juice at One Love Festival in Calgary.

COUPLE OF THE YEAR: DRAKE AND RIHANNA—Guys, Drake has been in love with Rihanna for seven whole years—his MTV VMA moment with her was too precious for words. If that isn’t true patience, we don’t know what else is. They’re still our couple of the year even though they were quicker than Drake’s longing.

[pull_quote]HE FINALLY GOT IT: Leonardo DiCaprio winning his first Oscar—After 23 years, Leo finally got what he deserves. You go, Leo![/pull_quote]

BIGGEST BLOCKBUSTER LETDOWN: Suicide Squad—When it comes to comic book cinema, let’s face it: Marvel > DC. Fans couldn’t help but think that this was going to be the one to turn DC’s luck around. Spoiler alert: it wasn’t.

BUT THE BEST COMIC BOOK MOVIE THIS YEAR IS: Deadpool—It wasn’t a year of true home runs (Batman vs. Superman and Suicide Squad were failures, and there was really no Guardians of the Galaxy this year), so it was really down to Deadpool and Captain America: Civil War. While the long-awaited latter movie was a solid outing, Deadpool has to get it for breaking a lot of the rules again and making it cool.

FROM BABY TO DADDY TRANSFORMATION OF THE YEAR: Cole Sprouse—This Disney alum transformed from cutie to hottie under our noses. Looking forward to seeing more of Cole in 2017!

SINGLE EPISODE OF TV EVERYONE’S TALKING ABOUT: “San Junipero” from Black Mirror, Season 3—How do you make an episode stand out from the rest of the technological, near-future doom and gloom Black Mirror preaches? Make it happy and positive, for a change. The LGBTQ community (and Belinda Carlisle) have a lot to thank Charlie Brooker for.

HALLYU VIRUS OF THE YEAR: Descendants of the Sun—This famous Song Joong Ki-starrer set a new record for the K-drama genre. Suddenly, people who weren’t into Korean dramas (or Korean stuff in general) were suddenly watching this show and its leading actor’s face was literally everywhere on social media.

UNEXPECTED BLOCKBUSTER HIT OF THE YEAR: Train To Busan—You’d think the zombie hype died with World War Z. Train to Busan brought it back with a (biting) vengeance. So. Many. Feelings.

BEST HOLLYWOOD DIVERSITY MOMENT: Rami Malek Making Emmy History—Hollywood diversity may be taking baby steps, but it had some memorable moments in 2016, from the rise of Latino Internet boyfriend Oscar Isaac to the buzz surrounding Disney’s first Polynesian princess Moana. Our favorite Mr. Ro-Bae Rami Malek was the cherry on top thanks to his historic Emmy win, being the first non-white person to receive the award in years.

BETTER THAN THE FORCE AWAKENS: Rogue One—It’s the first true Star Wars movie of this generation. If you haven’t seen it yet, watch it already.

PLEASE STOP TALKING ALREADY: Mocha Uson and Sass Sasot (tie)—These two paid hacks (yeah, we said it) are the ones doing the major dividing in this country, and it’s not funny anymore. The punchline stopped being fun.

[pull_quote]THE BEST PRESIDENT WE NEVER HAD: Miriam Defensor-Santiago—She may not have won the presidential race, but she’s still one of the best leaders our country will ever have.[/pull_quote]

MOST MISUNDERSTOOD POLITICIAN IN THE PHILIPPINES RIGHT NOW: Leni Robredo—It’s actually more a matter of people choosing to hate on the vice president than anything, but she’s our next best hope.

MOST PLEASANTLY SURPRISING TITO OF POLITICS: Mar Roxas—We don’t know how a Mar Roxas presidency would be like now, but we do know that his travel blogging is one-of-a-kind.

WORST THING THE GOVERNMENT HAS GIVEN US THIS YEAR: War on drugs—This whole thing is making us terrible judgmental people. Supporters judge drug addicts and pushers, while critics judge supporters.

WORST POLITICAL DEATH OF 2016: Everyone who was murdered in the war on drugs

WORST THING WE GOT FROM ANOTHER COUNTRY THIS YEAR: Donald Trump becoming the new President of the United States

MOST HEARTBREAKING DONALD TRUMP SUPPORTER: Kanye West—Whether you think this is ‘Ye going completely off the rails or just seeking attention, this is not a good look. Especially for someone who styles himself as the next possible leader of their country.

MOST HEARTBREAKING DUTERTE SUPPORTER: All of them

MOST UNEXPECTED SPORTS RESULT OF 2016: The Chicago Cubs winning the World Series—You thought we were going to say something else? Baseball may not be popular here, but the Cubs last won a championship while the Ottoman Empire was still a thing.

MOST UNEXPECTED SPORTS RESULT OF 2016 EVERYONE’S TALKING ABOUT: The Cleveland Cavaliers winning the NBA Championship—This is what you thought we were going to say, isn’t it?

BIGGEST RETIREMENT OF THE YEAR: Kobe Bryant—Read all about it here.

MOST COVETED BEAUTY BRAND: Kylie Cosmetics—Even though her makeup, much especially her lip kits, cost an arm and a leg, products from Kylie Cosmetics usually sell out on its website within minutes. Reception has been mixed, but the point is that everyone has been talking about these products literally all year round since its launch in early 2016. Hate to admit it, but we’ve sold our souls to Kylie Jenner.

[pull_quote]UNDISPUTED SHOE OF 2016: The Adidas NMD—Everyone and their mother wants an NMD in any color imaginable.[/pull_quote]

BUT SOME OF US WOULD RATHER HAVE: The new Nike Air Presto in Flyknit

PRODUCT PLACEMENT OF THE YEAR: “Damn, Daniel!”—“Back at it again with the White Vans!” Ad agencies, please take notes.

TOP 10 WORST CELEBRITY DEATHS OF 2016 (IN NO PARTICULAR ORDER)

We honor these people’s contributions to society and the world, while not shying away from the truth of who they are.

This article originally appeared in our November-December 2016 issue. Image from Selectall/New York Magazine

When a guy I liked took me out on a (supposed) movie date...

With the first ‘Ber’ month slowly waving us goodbye, the quarantine has practically...