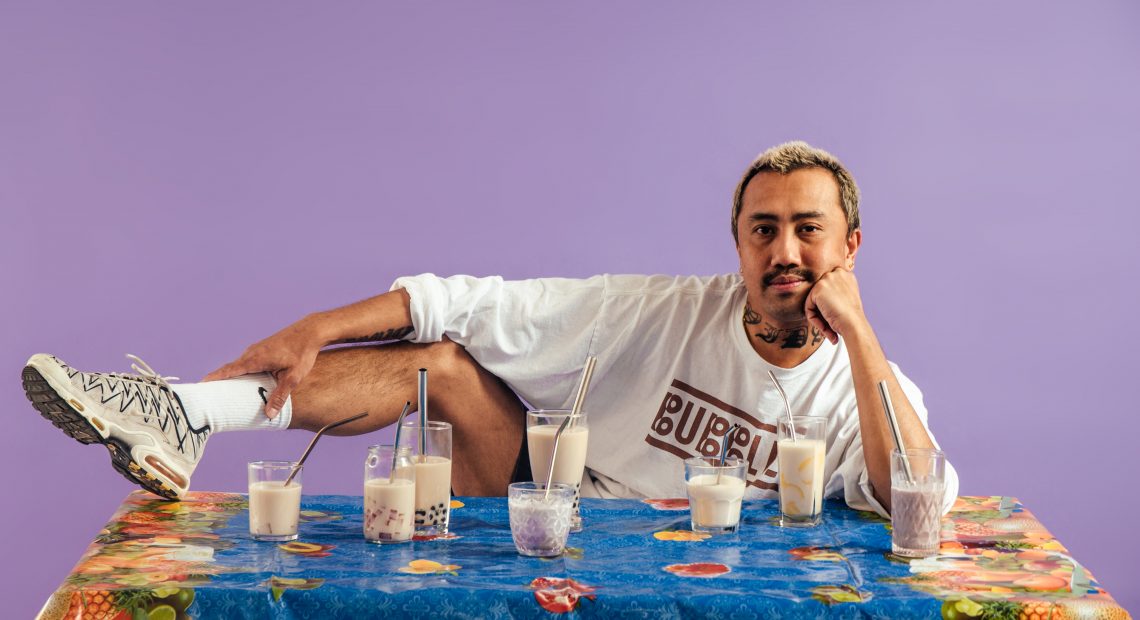 There is something enchanting about Solange. If her sister Beyoncé commands worship, Solange adjures meditation. Her euphonious music, even before she metamorphosed to her divine persona with the release of A Seat at the Table in 2016, has always had healing powers. Her performance is devotion, almost like a ritual glorifying her roots and culture. Solange is a saint.

Filipino-American designer, DJ, and overall creative Pedro Vidallon, who also goes by the moniker Tito Vida, experienced Solange’s arresting presence once. In December 2017, at the art space Secret Project Robot in Brooklyn, Solange graced a queer Asian dance party. “I honestly don’t know [how she ended up there],” he says. “I didn’t get to talk to her, but I was starstruck. I just couldn’t believe it.”

Tito Vida moved to the US when he was just two years old. Although he’s away from the Philippines, he was immersed in Filipino culture. His family loves music and dance, so he, along with his cousins, grew up imitating dance numbers from Eat Bulaga.

The party in question is Bubble_T, which Tito Vida co-founded with fellow “Slaysians” Nicholas Andersen, Karlo Bello, Stevie Huynh, and Pauly Tran. And Solange’s visit to the party was not an unexpected gesture. “She’s really all about the culture. The music she does, the people she works with, and the fact that she’s even there,” Tito Vida says, “It just really speaks to how much she’s down for the culture.” And Bubble_T is all about the culture.

Bubble_T, an allusion to the popular Asian drink, was borne out of the need for a space that would cater to the queer Asian community in New York.

By the time Solange made an appearance at their Christmas-themed party, Bubble_T had been the talk of the town since the first party they mounted in May 2017 at The Rosemont in Williamsburg, Brooklyn.

“It started out as a coming together, just wanting to carve out a safe space where we can have fun and play the music we wanted to hear that we don’t hear in gay clubs,” Tito Vida says. At the time, Donald Trump had just assumed the presidency. The first few months of him in power already posed threats to the queer community and people of color. The idea of “no fats, no femmes, no Asians” was also prevalent on Grindr. 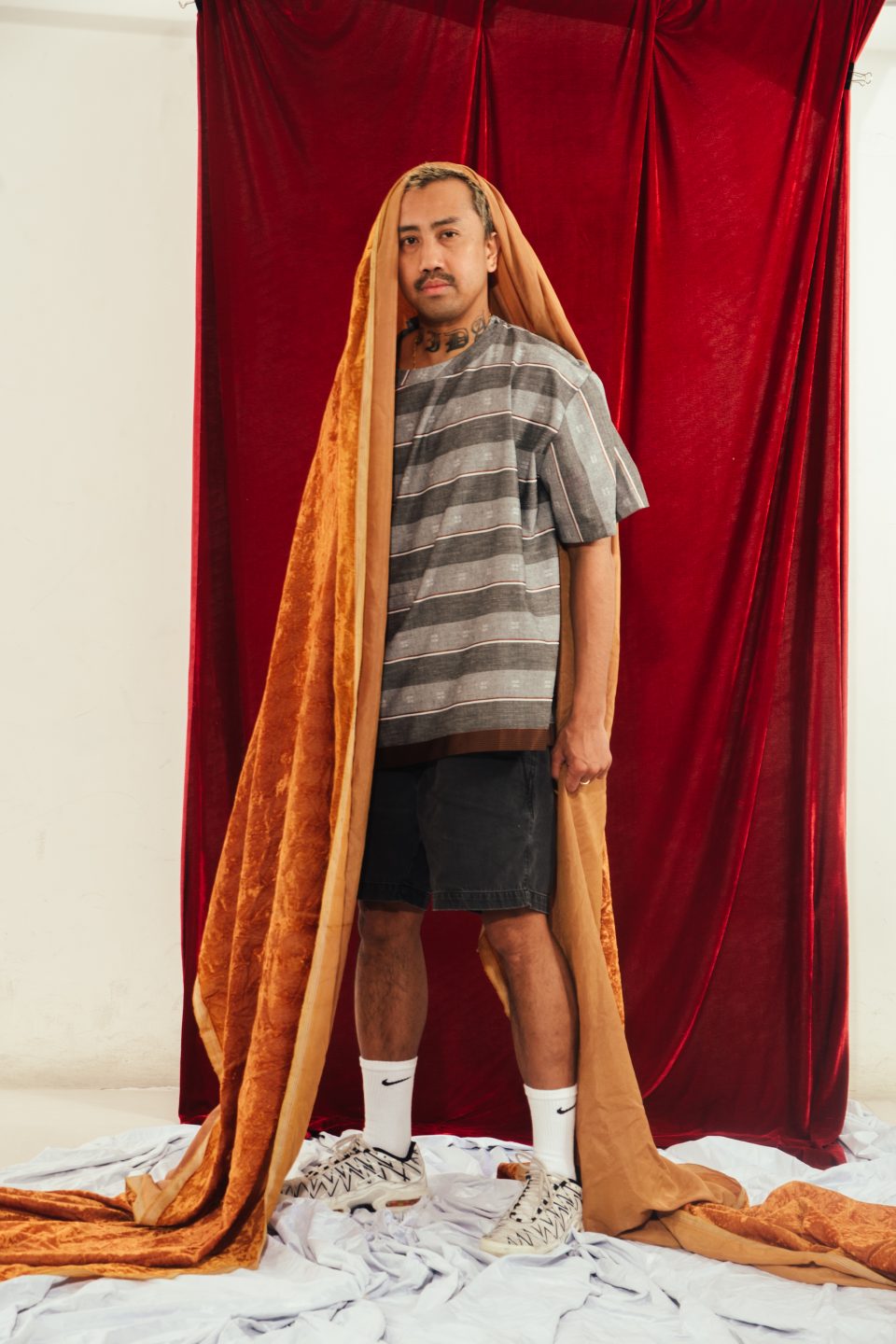 Dance was—and still is—his form of expression. In 1997, Tito Vida moved to New York to train at Alvin Ailey American Dance Center. Before then, he was part of Vancouver City Ballet, Royal Winnipeg Ballet, and School of Cleveland Ballet.

“All of a sudden we were all kind of feeling like we’re living in hell. Everything is going backwards. Again, we found the need for a safe space where we can feel beautiful, be ourselves without having to apologize or explain.”

Bubble_T slowly drew the attention of New Yorkers, even those outside the sphere of queer Asian-Americans. It’s where, as their Instagram bio indicates, “Asianz rule but everyone’s welcome,” after all. Soon, they also did parties at Secret Project Robot and Baby’s All Right on Broadway.

So, what happens at a Bubble_T party?

“Sometimes, it has something to do with the moon or the season,” Tito Vida says. But whatever the theme is, it’s always a celebration of Asian culture.

There’s always a performance aspect. Karlo performs regularly in drag as Bichon. “The performance aspect is the part of gay culture that we love,” Tito Vida, who is also trained in ballet, says. Tito Vida and Stevie, a makeup artist, are often in charge of the music. 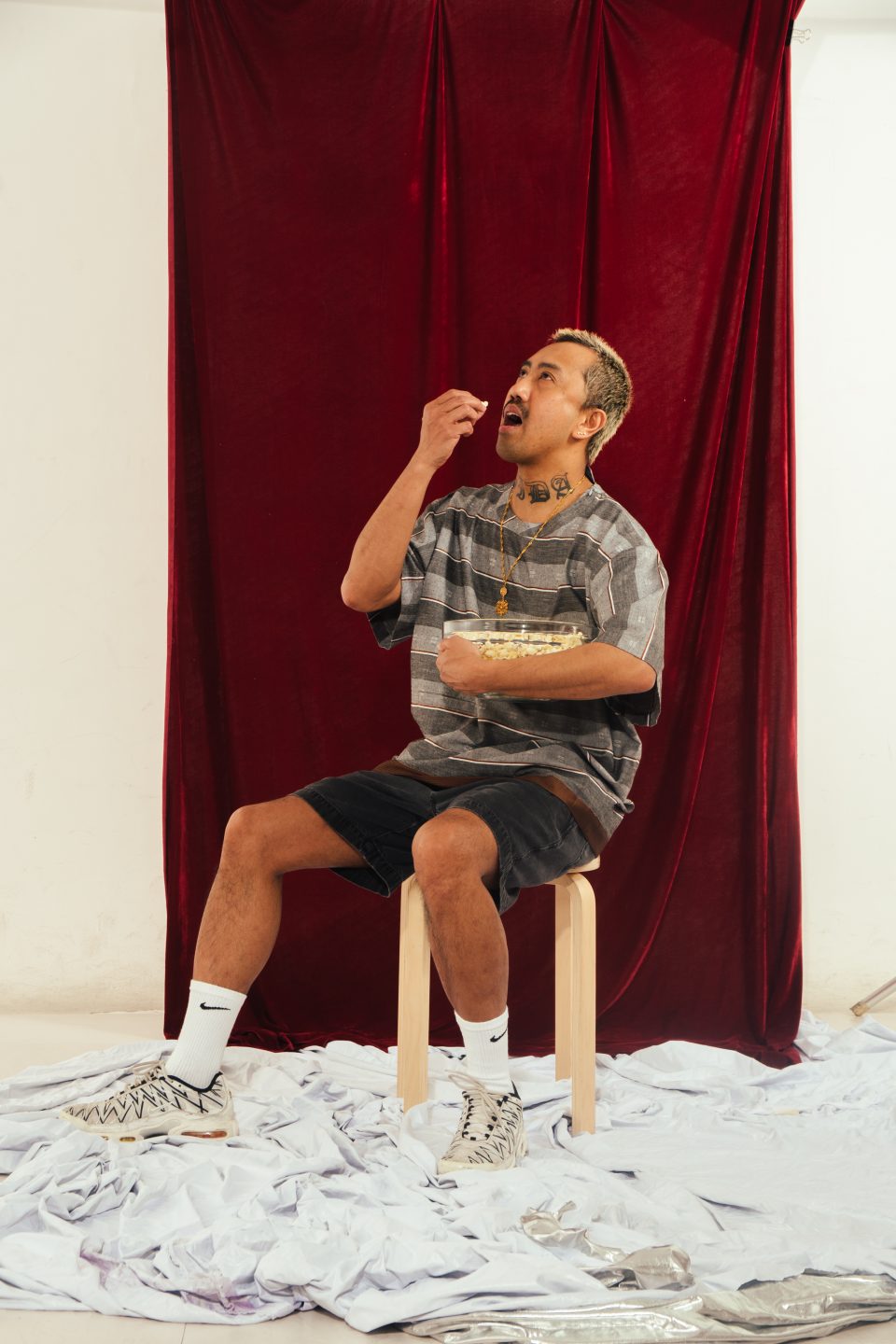 Tito Vida on growing up as a queer person of color in the US: “I didn’t really have anyone to look up to in the media.The only thing I have were these gay bookstores in the US. I would go there just because I was gay. But most of the [available books] are about white stories. It’s great, but there was really nothing that spoke to what I was experiencing.”

Tito Vida’s sets are often a mix of throwback R&B, hip-hop, and house. And when there is a chance, he injects music from Filipino-American artists like K Rizz, also known as Slayrizz. “Her name is K Rizz, but she’s a Slaysian. She’s dope because she always sings or raps about being Filipino and her kultura,” he says. Her song “If It Ain’t Foreign, It’s Borin’” is a manifesto of Asian pride. “Slaysians, it’s our turn to let our stories be told,” she raps. And it’s exactly what the Slaysians of Bubble_T do.

The inclusion of music like that of K Rizz’s and ’90s bands like One Vo1ce is an important reminder of their identity as Asian-Americans. “That’s why I always strive to offer Filipino culture through music,” he says.

““I think [the queer community] is accepted on a commercial level. I don’t feel that it’s really that genuine yet, but I’m excited that there’s a lot of visibility now. I’ll take that any day, because I really had no one to look up to before. It’s not where it needs to be yet, but I think it’s on its way.”

Although Bubble_T has been able to create a safe space for queer Asians, Tito Vida says queer people of color still face certain struggles in the US, especially now, with Trump in power.

“I think [the queer community] is accepted on a commercial level. I don’t feel that it’s really that genuine yet, but I’m excited that there’s a lot of visibility now. I’ll take that any day, because I really had no one to look up to before. It’s not where it needs to be yet, but I think it’s on its way,” he says. “But it’s also amazing because I think the queer community, specifically the people of color, realized they don’t have to conform to what’s presented to them as gay culture or queer culture. I love New York and how it welcomes people to create their own spaces.” 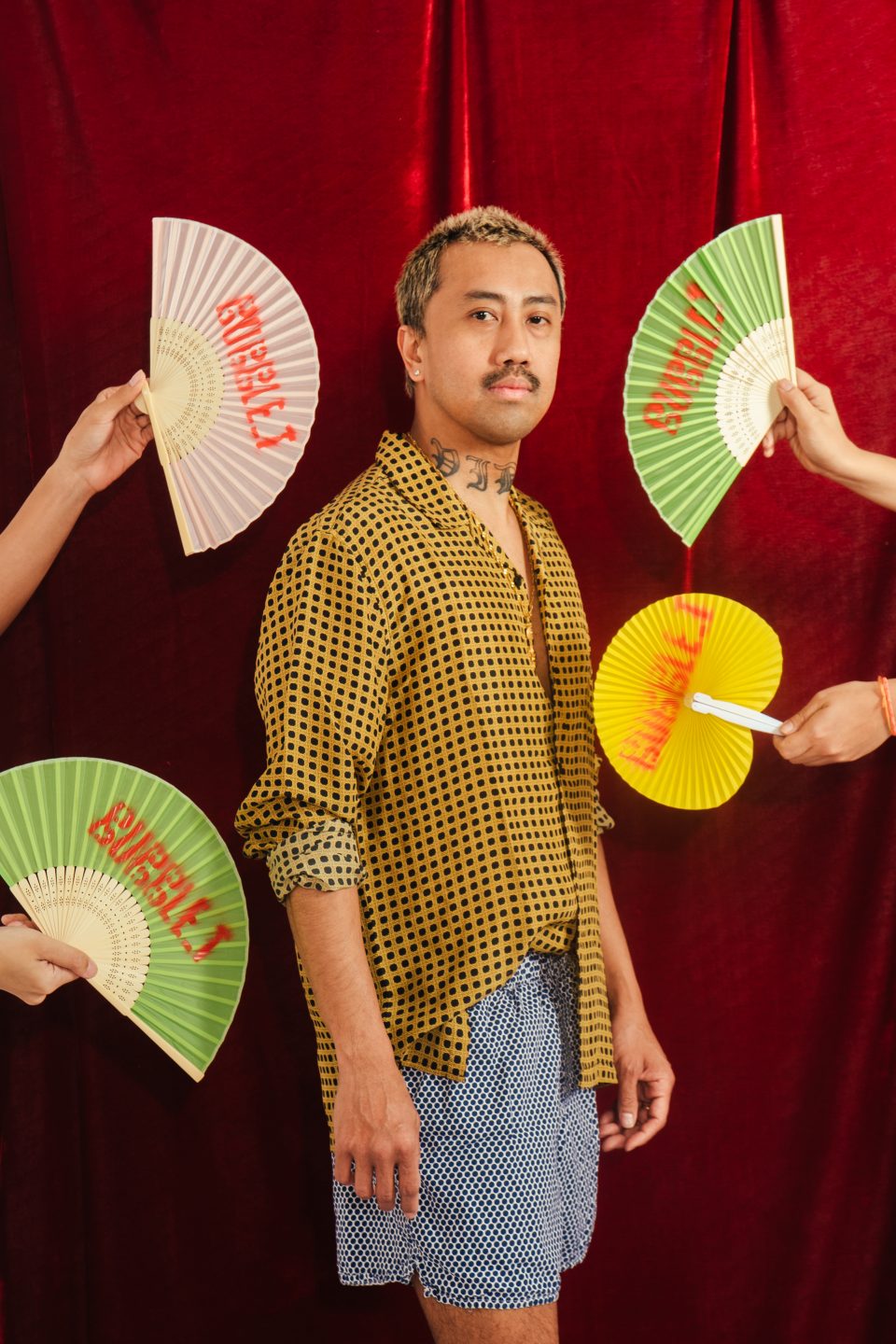 Bubble T is all about building a fun, inclusive safe space for queer Asian-Americans. Their logo is designed by Nicholas, who is also part of the creative duo CONFETTISYSTEM. They put it on fans, tees, and even on IG filters.

The Bubble_T collective (“We call ourselves family. It becomes a collective because we do things together”) is no longer just confined within the walls of just one bar. They’ve been collaborating with other collectives and brands. They helped genderless fashion brand Private Policy mount a presentation at the Museum of Chinese in America in New York. They’ve also done a back-to-school party at MoMA PS1, where they made a karaoke stage (“You can be like Beyoncé for one night”). They’ve also done some parties for Opening Ceremony. Then, a few days before we met Tito Vida here in Manila, he was with Robyn.

“If people aren’t dancing, it’s not a good party.”

The Swedish artist—the queen of sad pop, as Tito Vida says—was in New York for a couple of events. She released her collaboration with sportswear brand Björn Borg at Opening Ceremony in New York. Tito Vida, alongside other DJs from Bubble_T and the queer collective Papi Juice, DJed at the afterparty in Sony Music Hall. Robyn set a door charge of $10 only, so everyone could dance with her.

The day after, Tito Vida watched Robyn at Madison Square Garden. And all he can say about her is, “She’s such an angel.” Robyn immersed the concert hall in high spirits that evening, but her electrifying body of work extended beyond that massive space. On social media, a video of commuters in Penn Station singing “Dancing On My Own” went viral. It exhibits a euphoric sense of freedom and community. 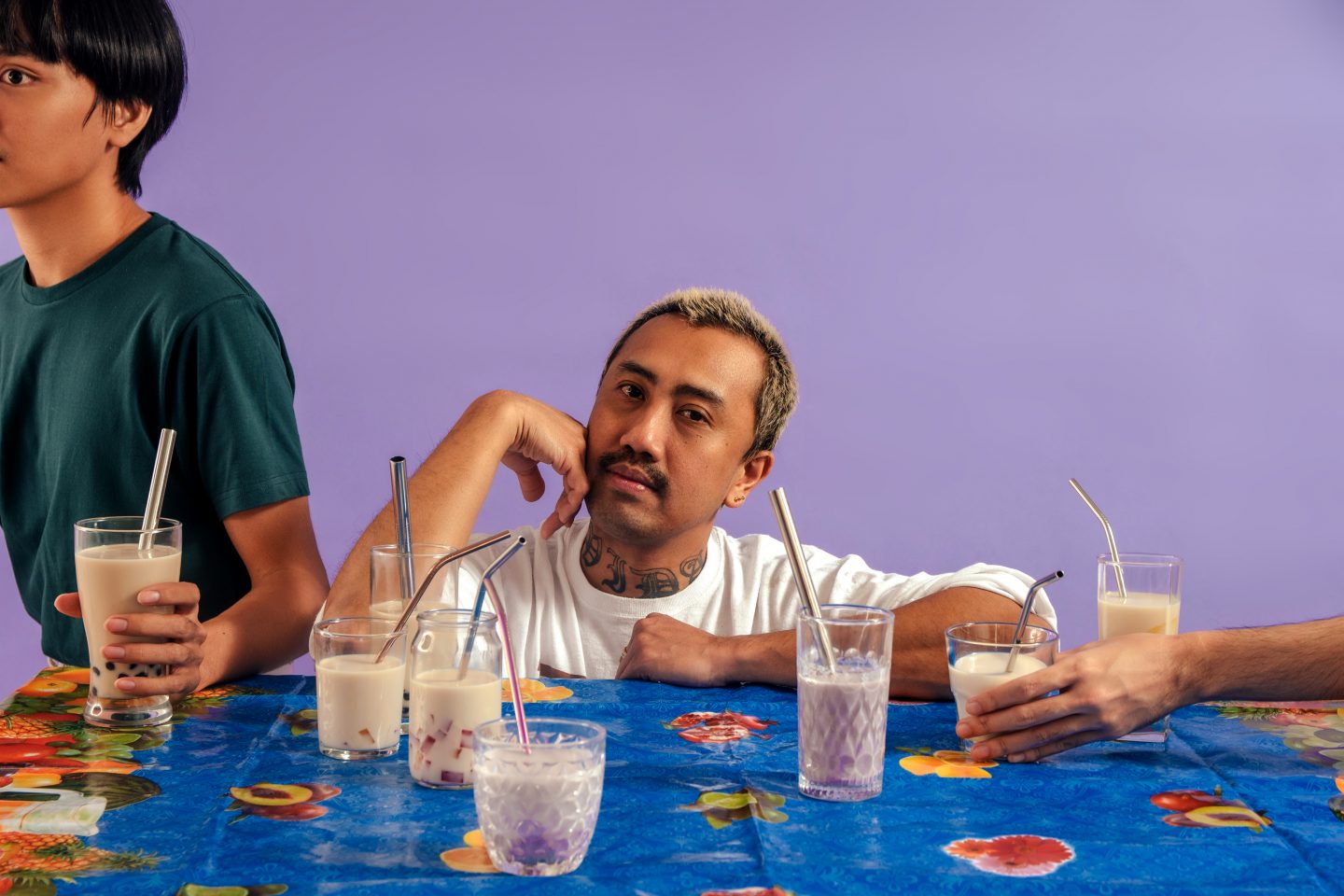 Why are they called Bubble T? “We have a long list. Bubble T was just perfect. It sounds fun and we want to have fun parties. And it’s super Asian.”

It’s the same vibrant and valiant vibe that Bubble_T fosters in their parties. And it’s also similar to how Solange fearlessly tells the tale of black culture. Although Robyn, Solange, and Bubble_T often cross the mainstream, they remain on the outskirts of it. Perhaps that precarious disposition gives them the unique freedom to narrate their stories without fear.

It’s that position that literally (and figuratively) gets their respective tribes to move. After all, “If people aren’t dancing, it’s not a good party.”

We draw wild card Marco Gallo for our decade-end issue

Our latest issue is not your typical year-ender. It also marks the end...

Even backstage it felt like they were already performing. It’s a few hours...