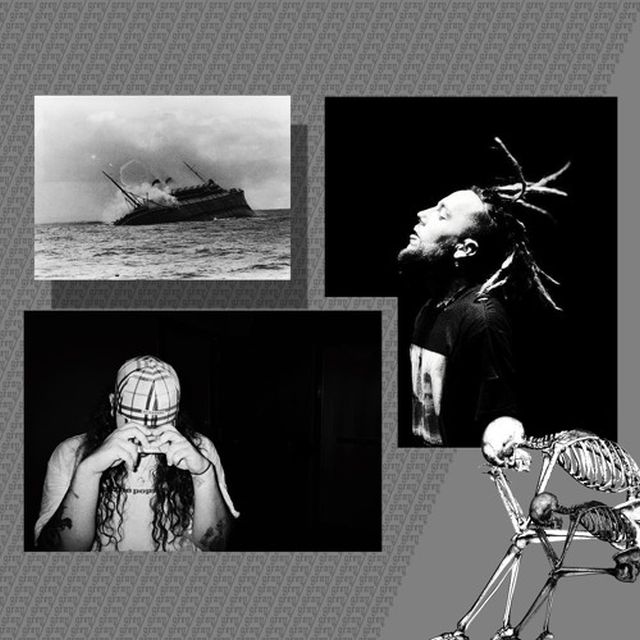 In an effort to establish ourselves as tastemaskers, us, the Scout team, listed down our favorites from the past weeks. We may share the same interests, and you may get to know some cool new stuff from this list. That’s cool, right? Think of it as a way of establishing some sort of cyber-friendship. We did our favorites for the third week of August 2016, and as the fourth week draws to a close we make one more before the month ends.

Carly Rae Jepsen – “Store” – E•MO•TION Side B was so heavily-hyped, especially after the first E•MO•TION was so well received, that I had to take a listen. It’s more of the same, which isn’t a bad thing, but “Store” is so fucking cold, man. Carly’s cute, but I don’t think I’d want to date her after hearing that.
MOBIUS Final Fantasy – Mobile games are starting to become too homogenous for my liking, and while this is falling under the same monotonous trap, it’s complex enough for a mobile game to keep me just the right amount of hooked on it. If you’re a Final Fantasy fan and want to play something decent on your smartphone, go give this a shot.
H&M For Every Victory Collection Running Shorts – These things are so comfy, and I legit forgot I was wearing them inside my jeans once. The minimalist gold reflective trim on black looks real stylish for a pair of running shorts.

Souvenir jacket from Penshoppe – I was able to cop this limited edition souvenir jacket (as worn by Lucky Blue Smith) last Friday. Best splurge of the week.

Asia Pop Comic Con 2016 – I got to sit down and talk to Stranger Things‘ Millie Bobby Brown over breakfast, moments before she entertained everyone at the APCC 2016. I felt like I was the luckiest person alive that time. And I got a wish ticked off my list as I saw my Skins Generation 1 favorites, Nicholas Hoult and Joe Dempsie in the flesh that day. Such a nice time to be alive.

Carly Rae Jepsen’s E•MO•TION B-Side – Oh, god. CRJ is forever a queen. It’s true that she does deserve a hell of a lot more recognition than she’s getting because her music is a gift to mankind (and we are not worthy!). This B-side is filled with ’80s-inspired gems that are anthems for young girls everywhere.

Big Chill’s Avocado Bliss – My mom started craving for this a couple of weeks ago and randomly bought me a jumbo sized cup one Sunday afternoon. My life has been changed ever since–they really weren’t kidding when they put the word ‘bliss’ in its name. It’s just a total shame that Big Chill runs out of avocados so quickly in a day.

Millie Bobby Brown – Can I have a person as a favorite?! Scout artist Grace and I got to see her during last weekend’s Asia Pop Comic Con! Grace was also lucky enough to have won the both of us a photo op with her. Millie was a total sweetheart. Also, she was a lot taller than I imagined. I bought Eggo waffles in her honor the next day.

Young Thug/No, My Name is Jeffery’s latest release, No, My Name is Jeffery –  When you’re driving and you pass me the aux cord, chances are you’re going to hear Thugger. Maybe not the first song. Maybe not the second song. Maybe not the third. But you’re going to hear it and you might think it’s weird But he’s a boss; I really like his songs. With this latest release, he took on another name and wore a dress on the cover. He named songs after Rihanna, Kanye West, Wyclef Jean, and Harambe. And his whole thing isn’t a shtick; it’s just how he expresses himself. And that’s gangster.

Bon Iver – “33 God” – Oh my god. Bon Iver’s style has changed, and I love it. I can hear a little bit of 808s and Heartbreak there, and his latest is coming off nicely. I don’t even know how to produce the first two tracks that were released prior to this one. Basta, ang bangis.

$UICIDEBOY$ – ULTIMATE $UICIDE (FEAT. DENZEL CURRY) – Bruh, this is going to kill me live. This track bangs hard. I don’t really listen to these guys on the regular, but off this track goes to my teary-eyed-but-dedicated-exercise playlist. I’ll get around to fixing that playlist when I actually exercise.

Okay, let’s be real: Staying anywhere outside your home on Feb. 14 can...