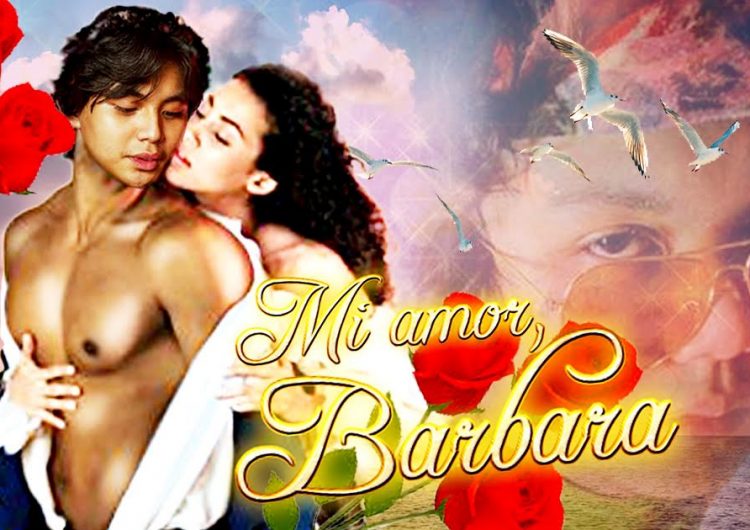 Fan fiction might be pop culture’s holy grail of cringe. The Philippines, on the other hand, is living in a Wattpad nation. It’s our generation’s version of Precious Hearts Romances. Local TV executives see them as rating-generators and publishers see them as a glimmer of hope to revive print. And yet, most people cringe at their sappy plots and badly written characters. What more when it comes to fanfiction of local celebrities like IV of Spades?

A quick search in Wattpad will tell you that there are currently 155 stories under the IV of Spades tag. Spanning from one-shots to elaborate multi-chaptered tales, all of them boils down to teenage romance and repressed sexual tensions. This is our expectations when we stumble upon All Started with a Conversation, the most popular fanfic under the tag.

Preparing to laugh at the weirdness of it all, we weren’t expecting it to voice out an issue the fans of the band needs to face.

This fanfic centered on the guitarist Blaster Silonga has got Spaders swooning for days. With 23.9K reads and 1.2K votes, it was the perfect stepping stone for us onwards fandom hell. We read the 64 chapters with one of our interns. Preparing to laugh at the weirdness of it all, we weren’t expecting it to voice out an issue the fans of the band needs to face.

It surprised no one that it’s problematic to a tee and badly written for most chapters. That’s the core of fanfics based on existing people anyways. We got underage sexualization of the boys, a jealous childhood friend to complete an unnecessary love triangle, and sly adolescent misogyny that the hit The Kissing Booth has nothing on. But we never expected for a multi-chaptered fanfic written by a 15-year-old fan to address the toxicity of his idols’ fans.

Spaders are known to have a rabid and toxic fanbase. Most of them fight fellow fans, musicians, or the band itself when it comes to defending their idols. Local electro-pop musician BP Valenzuela summarizes it well in this tweet:

i like iv of spades. they’re very talented and hardworking. sucks that the band has to get involved in unnecessary drama :^( and that it has to involve family. i hope fans (no matter how big of a fan u are) realize that this should probably be handled privately https://t.co/01tIxcYqKH

All Started with a Conversation follows the timeline of the band well. This ranges from Blaster and Zild’s start in Eat Bulaga’s Music Hero to Unique’s eventual departure. In the 54th chapter of the fanfic, they tackled the lead singer leaving the band and how Blaster “left” as well due to the pressure of show business. But that fictional pressure is due to a stranger than fiction reality, the Spaders bashing the guitarist’s girlfriend within the story named Paula.

The press conference scene played out with Blaster addressing the questions of his departure. The fanfic depicted a lot of people loosely and badly. Some of it still existed in this chapter. But it answered the big what if on a member hypothetically leaving and how everyone might react. In this part, Blaster has decided to defend himself from the haters and bashers that happens to be his band’s fans as well.

This fanfic seems to have humanized the band by writing them as ordinary people rather than the isolated icons of worship and fantasies.

Sure, the story’s timeline has got us confused half the time. SCOUT writers made fun of the typos and how it uses onomatopoeias. But it threw us a curveball we never saw coming and we’re glad to be hit. We didn’t expect to stan this meta depiction on how problematic and downright shitty Spaders can be to their idols.

Reading on, we also see how the writer has evolved with her craft–from chapters filled with one-liners to chapters having a distinct POV that could pass for prose. It also somehow turned a best friend, love triangle scenario to an LGBT+ story angle. This fanfic seems to have humanized the band by writing them as ordinary people rather than the isolated icons of worship and fantasies.

The writer successfully placed a literary mirror in front of the fandom which they need to face it soon.

Fan art has always been by fans for their fellow fans first and their idols second. All Started with a Conversation is no different. It not only fulfills a fanbase’s collective, slightly problematic fantasy. It also addressed a huge fan problem which is their tendency to cross the line. The writer successfully placed a literary mirror in front of the fandom which they need to face it soon.

Assuming fan arts such as fan fiction to be merely cringe-inducing is a mistake. This is a mistake that even we have made. Most of it is problematic and badly written, but there are moments where it will catch the reader off-guard. They can even learn about themselves and the people they look up to as well. After all, no one knows an artist the way a fan does.

The long wait is over, Kathryn and Alden stans! The official trailer for...

2019 is looking good for female-led movies. Captain Marvel’s thriving, Us is amazing,...

The UP leg of this year’s Scout Campus Tour is already done and...