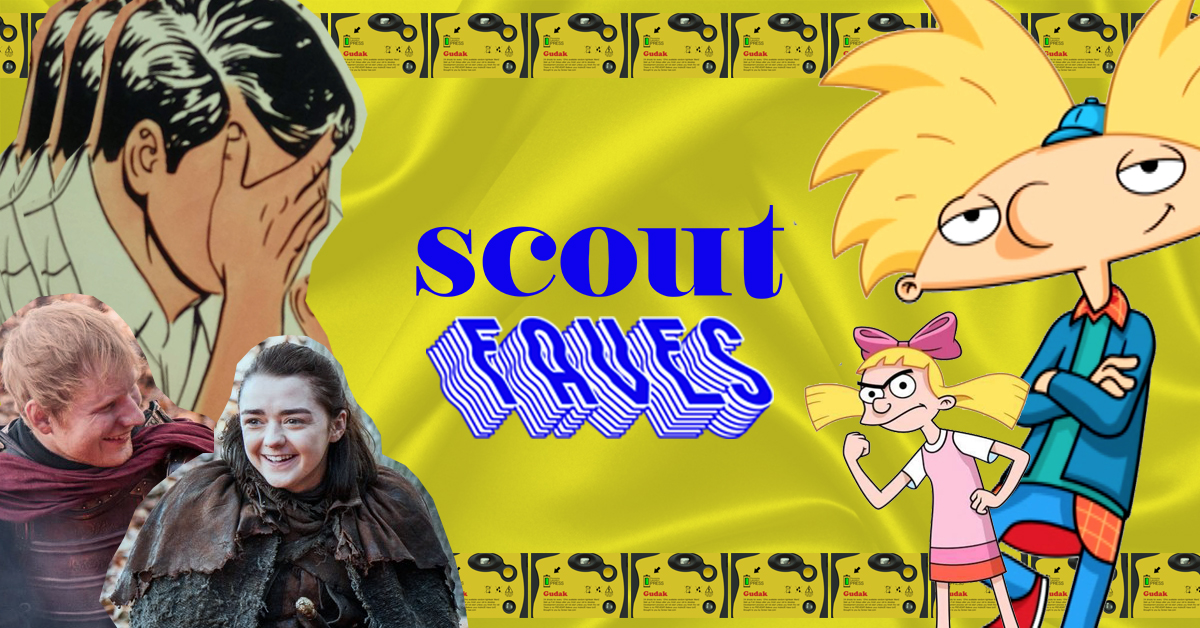 Turnover live in Manila – What a gig. The venue was spacious, the event itself was organized well (thank you Sleeping Boy Collective for organizing the show), the sound from the stage was crystal clear, and watching Turnover live felt like the biggest event happening in Manila that night. I can’t say I was a big fan of the band’s music before I went, but when the band left the stage and the people poured outside to greet the rainy night, I found myself walking all the way home, which was almost 30 minutes away by foot. I had to process the past few hours. Everything felt perfect We need more of these events in Manila.

Viper – “You’ll Cowards Don’t Even Smoke Crack” Official Video – This song has outlived its meme-hood and became something else entirely. It’s amazing that the track is listed as being uploaded in 2008 on Youtube and what’s more amazing is that finally we’re getting a visual almost a decade later. The track’s not a masterpiece, but I just had to put it in my list of faves this week. What’s up with that?

Gudak – Okay, I don’t have the app yet, but I’ve been seeing my friends use it and it’s a pretty neap app that give you the analog look with your smartphone. Take 24 shots every 12 hours and you wait 3 days for the “film” to be “processed.” Looks like a fun exercise, right? Fortunately/unfortunately you can mess with your phone settings to get those photos “developed” quick.

Game of Thrones Season 7 Premiere – One of my most responsible adult decisions so far was coming in late for work to catch the world premiere of Game of Thrones 7. No regrets. I’m not going to spoil anything so I’m just going to be vague and say how great it is to see our faves back in action and how they’re doing now. Mild spoiler–so is Ed Sheeran going to survive this season? Probably not.

Vox – I used to be (I honestly still am) a big nerd in school. I bought almanacs, read encyclopedias, and spent time in libraries more than I did playing outside with my friends. I’ve always loved watching documentaries even as a child and I’m currently loving Vox’s channel on Youtube. Their mini documentaries are so watchable and informative, packing lots of bits of knowledge within such a short amount of time. I pretty much just binge watched a handful of their videos and learned a lot of trivia over the weekend. Remind me to have my kids see these videos when I become a mom.

Gabrxng – “PSYCHO” (MV) (Prod. by KidTrill$) – I am always amazed by our local hip hop musicians and Gabrxng’s music is definitely one of those I find myself jiving to when I listen to it. And this music video is straight up solid with it’s cinematography. I’m definitely looking forward to more music from Gabrxng.

First look at Hey Arnold! The Jungle Movie – Hey Arnold! is one of my most favorite cartoon shows from way back. I remember watching it while eating breakfast during school days. I’m so glad it’s finally coming back with a new movie. It’s so nice to see my beloved characters get an upgrade with their looks. But most of all, it’s so nice that kids today will get to know Arnold and his friends just like how I (and people my age) did before. I can hear Helga’s voice inside my head now…..

Empress Of – “Go to Hell”  –  It’s been two years since her debut album Me came out, and she’s finally back with this song. And well, all I have to say is: “This one’s for you.”

Dina Gadia’s Situation Amongst the Furnishings – An ongoing exhibit at Silverlens Gallery until August 12, alongside Pow Martinez’ Techno-Utopian, Dina explores the idea of viewers being art themselves by merging humans and furnishings into one in her first ever all-painting show. And if the art wasn’t great enough, on opening night, they served free-flowing flavored fries from Potato Corner.

There's no wonder why "shookt" is a word thrown around nowadays, because it...

Within a month of announcing their UK Tour with talents No Rome, Beabadoobee...