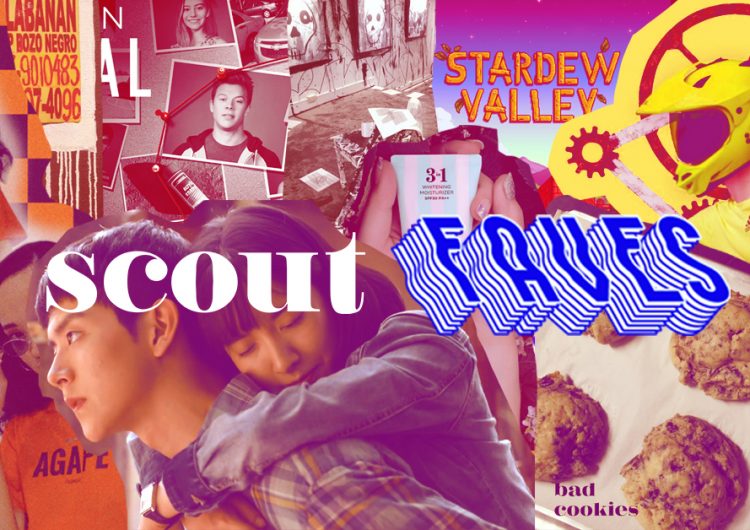 American Vandal – How funny is a true-crime mockumentary when you haven’t really that much true-crime documentaries? Pretty funny, apparently. The show shines when it examines the mostly invisible and unspoken tropes of high school and examining it with the same lens we give to series like Serial and S-Town elevates those tropes’ capacity for humor.

“Twenty Minutes, Dream Runner” by Moon Mask – This track is three minutes and 44 seconds of beautifully crafted dream pop, as uplifting as its genre can take it without any sense of pretense. It’s always a thrill to be enthused by a track you happened by online, and “Twenty Minutes, Dream Runner” is one of those tracks you want to put in your phone to play in the “perfect moment.” Imagine hearing this on the radio while cruising down an empty highway. Beautiful.

Girls’ Generation 1979 – I wasn’t expecting to like this drama. I was just idly watching it on TV while multitasking for work one evening, and suddenly I got hooked? It brings you back to a time when your world revolved around your studies, friends, and trying to impress your crush. Much like Reply 1988, it has vintage aspects and is very nostalgic. This drama also stars Lee Jonghyun, my CNBLUE bias. You got kilig, cute boys, and a simple plot–it’s a win-win for anyone who wants to watch a short series.

MIYU 3-in-1 Whitening Moisturizer – I’m usually really skeptical about new brands, but MIYU honestly impressed me . MIYU is actually a local brand catering to Filipino skin, but made with the Korean skincare technology that a lot of people go crazy over. The label has three products overall but their moisturizer is my favorite. I don’t really care for the whitening aspect; what I do appreciate is that it’s got SPF and it lessens the oil that my greasy skin usually produces. I can wear this alone, without any makeup, and my skin would still look bright (thanks to buckwheat as an ingredient!) and fresh after an entire day. This is the first time I’ve experienced a moisturizer do this by itself, but you can only purchase through Amway Business Owners or ABOs. I wish it was more accessible.

Stardew Valley – This was a gift from my good friend Tom. I was feeling really sad for the past couple weeks and he told me to play Stardew Valley in order to get things off my mind. It worked, sort of. I was a big fan of Harvest Moon (which this was inspired by) and it feels great to be distracted and to think about my farm and who I’m interested in marrying. What’s cool is that it’s no-nonsense and easy to play. Plus, you can marry someone of the same sex!

Agape Kulture – New local brand alert! I saw Agape worn by some of my friends and can’t help but take a double look. They currently have the logo shirts out and it’s simple but it gets your attention with the shirt’s colors. But what I like the most is the vision of the brand. Go check them out at @agapekulture!

Bad Cookies – Goes by “the good, the bad, and the tasty”; Bad Cookies are so good, it’s quite sinful. There are four flavors to choose from: choco chunk, espresso white chocolate, matcha, and snickerdoodle. I got the choco chunk and espress white chocolate and my oh my, I can’t stop eating them. Check out their  Facebook  page to order yours!

WHY ARE YOU by Belzasar II – If you frequent the art scene then I’m sure you’ve already met Belzasaar II. He has long hair, rocks a bandana around his forehead, and goes by the name Rocky. He’s also one of the two guys behind the nude drawing party, The Lifedrawing Setup. Anyways, he opened his solo exhibit alongside Sacramento’s at Pineapple Lab, and it’s on until Oct. 2. I didn’t know what to expect when I went there, but he totally killed it. He brought in the Hernandez Brothers for an impromptu dance party, and painted a whole room with mildly psychotic yet oddly reassuring texts for WHY ARE YOU.

Cannivandalism by A.lien – Street artist A.lien a.k.a. Neil Arvin Javier opened his latest exhibit yesterday at Secret Fresh Sky Gallery at Ronac Lifestyle Center in Magallanes, and well, honestly the art space is tiny and there wasn’t much to show there, but his noise art project was 100. He basically put on an alien/demon looking ski mask and shouted a shit ton of obscenities. I mean, if that isn’t noise art then, what is?

“90’s Kids” by Shamir – We haven’t heard from eclectic Las Vegas-bred pop star Shamir in a while—that’s because he’s been in the psych ward being treated for bipolar disorder. He wrote this song two weeks after he got out, and it’s one of a couple songs that will be part of his upcoming album third album Revelations out Nov. 3.

Cue Janice’s “Oh. My. God.” A “Friends”-inspired palette exists on this earthly plane. ...