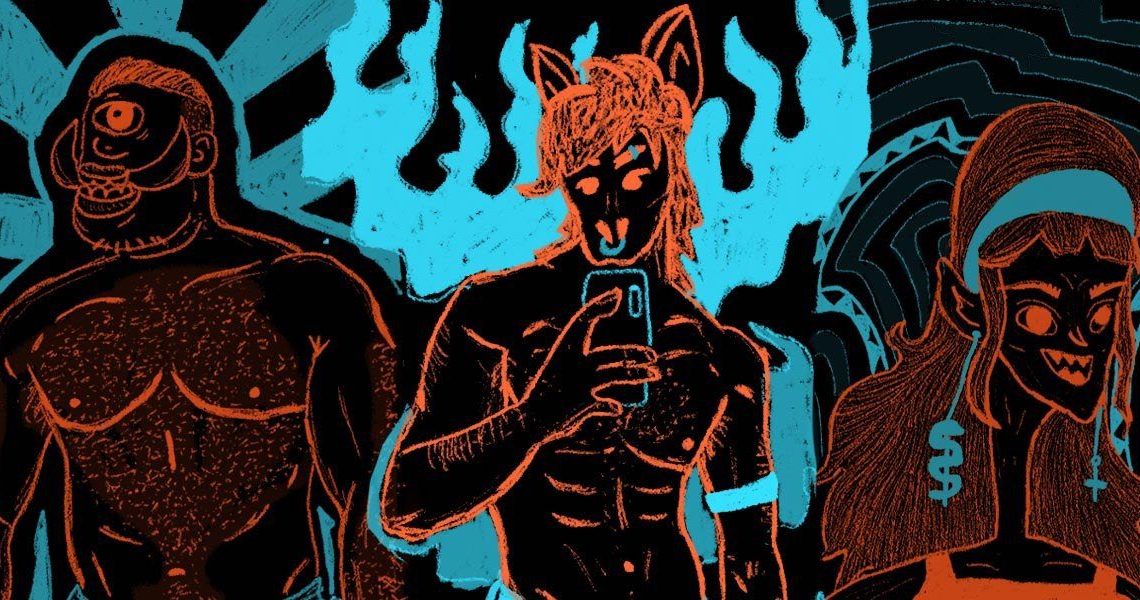 If rom-coms taught us anything, it’s that love can be found in the most unusual places. In fact, our next main squeeze might just be lurking in the shadows… literally.

So we took some cues from monster romances and consulted the stars about the creature destined to become our better (and less human) halves. Whether it’s making eyes with a bungisngis to date nights with a tikbalang, the answer to your lackluster and monster-less love life will soon be sorted out—just take this quiz.

(But if you’re looking for somethin’ more on the casual side, check out our Monster Match filter on Scout’s IG filter section.)

Every couple’s got a meet cute and yours started like any other rom-com. You two first set sights on each other…

What was the thing that sealed the deal?

One thing led to another and now you’re on your first date. Where are you at?

It’s movie night for you lovebirds, and you need some good ol’ fashioned romance. What monster flick are you watching?

To no one’s surprise, you two are sappy enough for a Halloween couples’ costume. Which pair do you go as?

"The Addams Family" (1991)
QUIZ: Which Philippine mythical monster is your actual soulmate?
Aswang

You’ve set your sights on a classic. Their whole wardrobe consists of 51 shades of black and they probably have a weird thing for blood-red wine. During the day, you can find them hitting the snooze button a couple of times, hissing at you and the first sign of sunlight. Your date nights always seem to start at 11 p.m, and while you only have had approximately three hours of sleep since you met them, you wouldn’t have it any other way.
Bungisngis

Congrats, you fell in love with the class clown. They’ve got loyalty down to an art form with their eyes—I mean, eye—only for you. While some say they ain’t a looker (or a brainiac, for that matter), you’re A-okay with that. What they lack in those departments they make up for with jokes that caused some of your rib fractures. Plus, just take a look at that smile—who wouldn’t fall for the big guy?
Kapre

Before the phrase “tall, dark and handsome” came into clichéd existence, it was actually an accurate description of your beloved. Their seven-foot stature might scare off some folks, but you know they’re a cinnamon roll under that imposing exterior. Your Tinder history includes a long list of softbois and this one is no exception—if they ain’t tending to their fifth Monstera plant or cookin’ up something vegan, they’re probably blowing smoke rings with a vape somewhere.
Berberoka

Just like you (well, probably), BB is a water child. Your match made in folklore heaven is pretty much a given when they caught your eyes like a fish with worm bait. They lured you in like a sucker, but you know not to get on their bad side because they will literally transform before your very eyes.
Mangkukulam

Nina Simone’s version of “I Put A Spell on You” played during the montage of your meet cute. They’re the poster child of the witchy aesthetic, spending countless hours scrolling through that side of Instagram. While you’re the subject of both their ire and passion, you know it’s true love when they’ll stitch voodoo dolls of your archenemies to make them regret their very existence down to their last crushed bone. What devotion.
Tikbalang

Your half-horse paramour is a popular one—when they aren’t the life of the party, they’re either scheming an elaborate prank for their unsuspecting crew or going on another harebrained adventure with you. While you don’t have the usual love story to tell your grandkids, one thing is true: Dull times are nonexistent with your happily ever after.

Just a few days ago, Mac Miller’s family announced that his posthumous album...