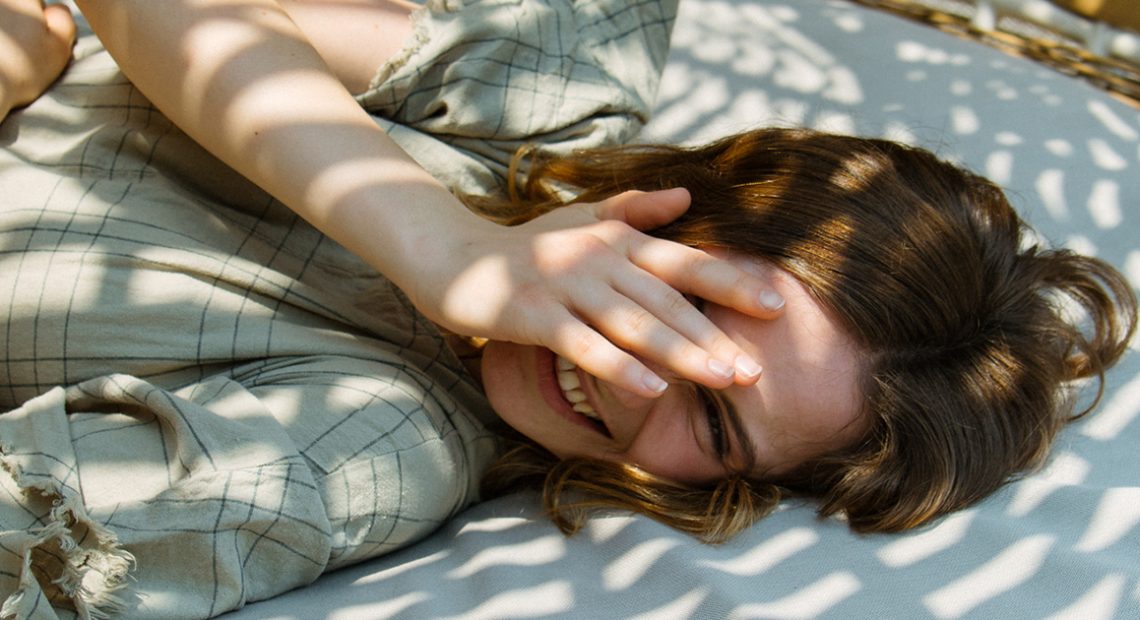 “Oh, it looks like the one in Moomin!” British singer-songwriter Gabrielle Aplin randomly blurted out when she spotted a light brown cone-like chair near the pool. She was walking with us as we looked where we could take her photograph. And without any clue on what Moomin is, we innocently replied, “No, what’s that?”

“What!? That’s big in Asia! This looks like their house,” she replied in disbelief. And we just laughed together. Moomins are apparently fairy tale creatures that resemble hippos. They are created by Finnish illustrator Tove Jansson for a series of books and comic strips before they found their way in an animated TV series. 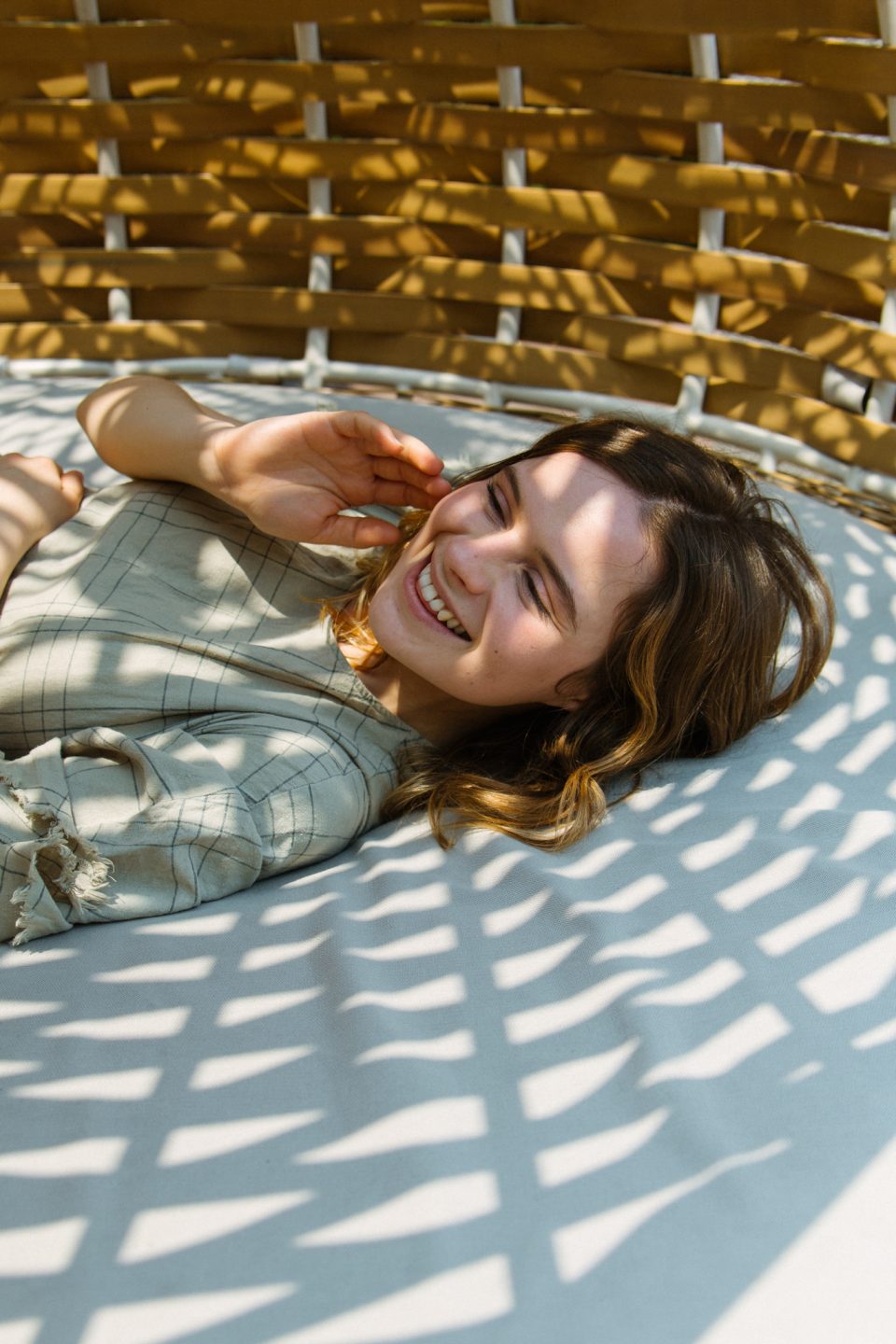 Moomins are cute. But beyond their physical attributes, Moomins are apparently popular for their values. ““The Moomin stories are essentially about the things that are the most important to anyone living anywhere – things like love, tolerance, respect, being part of a family, belonging,” Tove’s niece Sophia Jansson says. And maybe Gabrielle is just like a Moomin. In the short time we spent with her, Gabrielle was just like a close friend we haven’t seen in a long time.

Gabrielle Aplin is one of those we can probably describe as a teenage wunderkind. We loved that concept, didn’t we? Much more when we grew with her. There was probably a surge of emotions when she sang “Please Don’t Say You Love Me” in this year’s Wanderland, where she was clad in a beautiful, shimmering outfit. You might not believe it, but she’s as awestruck as we were.

Congratulations on your performance for this year’s Wanderland! What was it like performing in front of the Filipino crowd?
I asked my Filipino fans on Twitter like, “what to expect? Any tips?” And so many of my Filipino fans were like, “Filipino people are so extra.” And I was like, “oh yeah, whatever.” But like, you really are! (laughs) I swear. So everyone was singing and dancing. It was really cool [to] just come to another country I haven’t been before [where the audience] actually sing my songs. I’m grateful. 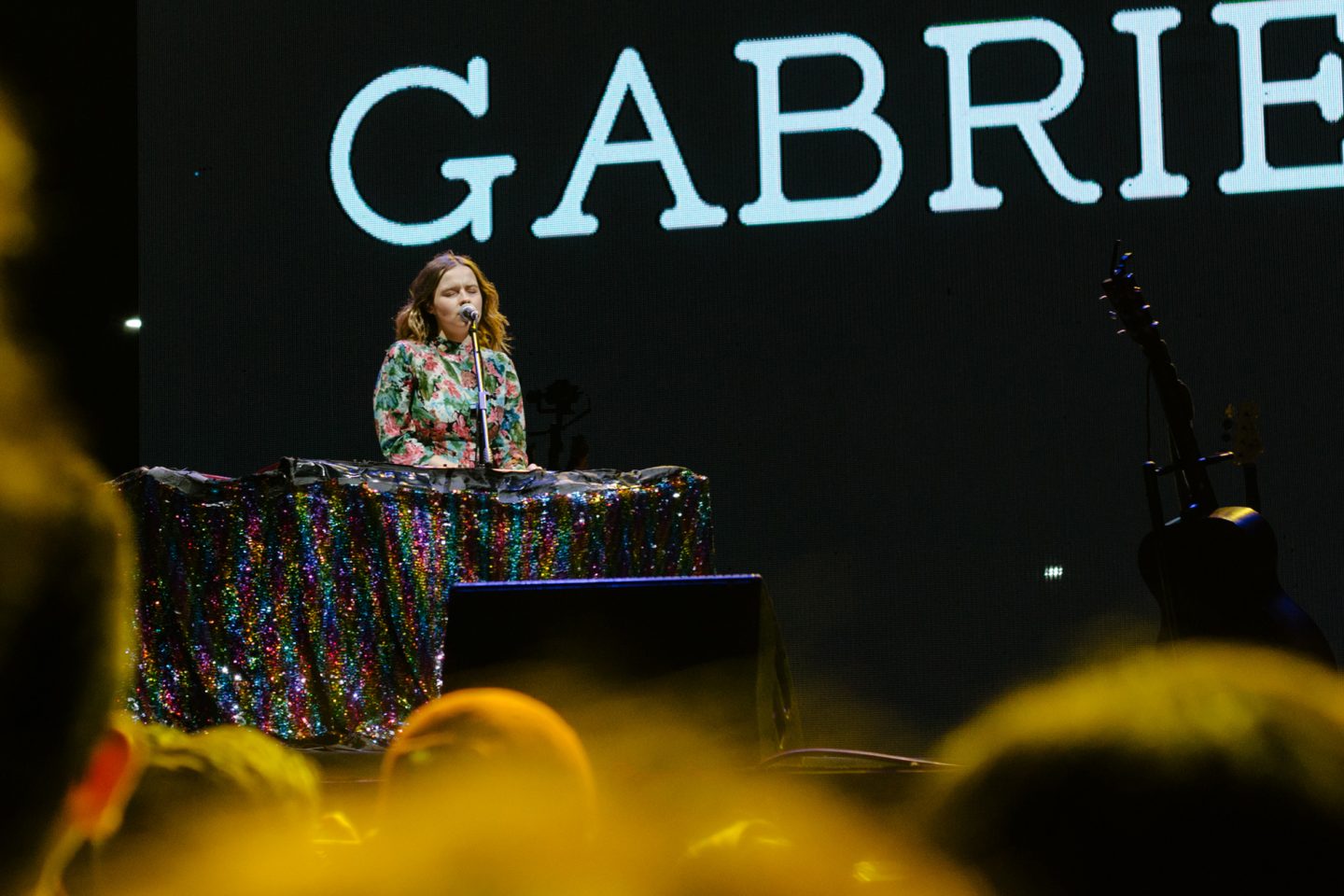 Yeah, your songs were part of my high school’s jamming sessions. –We used to sing your songs with our makeshift guitars in our classrooms.
Aww, that’s lovely. Thank you.

So, one of the factors that made your rise up on the internet or the online world were your YouTube covers. Back then, what were you envisioning or dreaming? Did you expect something as big as this?
No, absolutely not. I mean, that’s the crazy thing about the Internet. I guess if I start it now, it would be different because everyone’s just [doing it now].  At the time, there weren’t many people who had done that. And if they had, it came through MySpace. I didn’t have a YouTube role model, you know—I wasn’t inspired by someone else. I just kind of put it up for my friends to see. To share with my family and friends who didn’t live near me and stuff. And it just felt like an easy way to do it.

I didn’t have a YouTube role model, you know—I wasn’t inspired by someone else.

Read also: The Kooks wants to collaborate with IV of Spades

Then, people started watching my videos. I didn’t really know how they found it and that’s what’s crazy about the internet. The traditional way is that you gig at your hometown, and it’ll eventually just build up from there. I never gigged locally. I gigged wherever. So I started in the UK, from Southwest. People in Manchester were watching my videos. And I was like, “Should I get in Manchester?” And the gig was sold out straight away. It was just so weird, but that’s what’s great about the internet. You know, it’s so surprising to know that I have a fanbase in the Philippines. It happened in Brazil as well as in Japan. I spent a lot of time in Japan and I’ve probably been more successful in other countries than I have been in my home country. So yeah, that’s the most surprising thing. 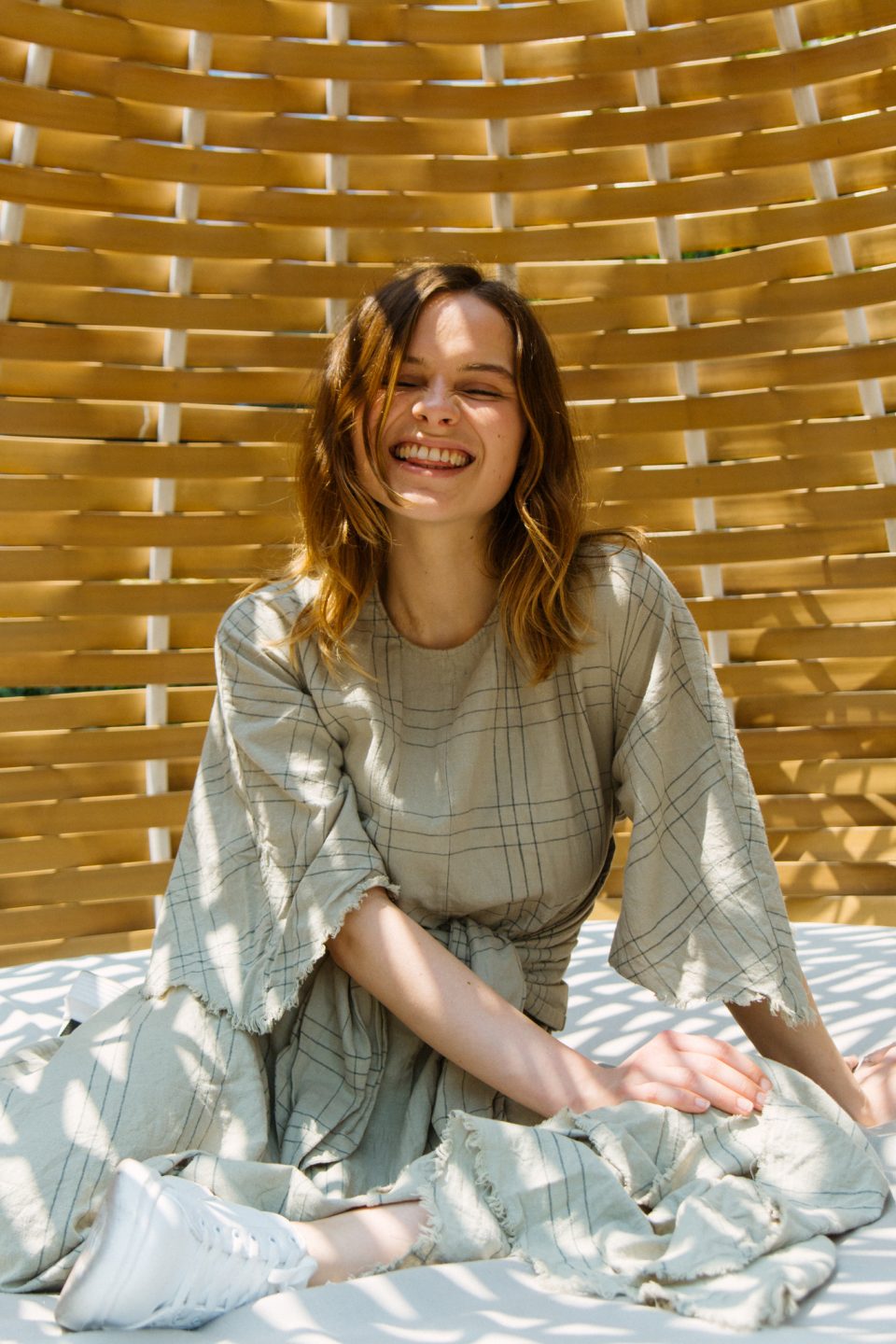 I’ve never really had any pretensions, I guess. I was just taking opportunities as they came. I knew I wanted to work in music, but I didn’t really know what I wanted to do. So I didn’t know before if I was going to be a songwriter or maybe work in publishing. I dropped out of school (laughs) and I did a music production course.

That’s cool!
Yeah, I mean, I was taking every opportunity as they came.

I think many young artists today who would like to make a name for themselves also start with YouTube covers. But right now, as much as it’s more accessible because of the internet, the competition also became harder.
Yes! It’s saturated.

Exactly. So, what’s your advice to young artists?
Be aware of whatever your peers are doing, whatever everyone else is doing. But don’t be like them. If you try to be like everybody else, then you’re just adding to this mush of everyone doing the same thing. And so, you have to, I think, find what makes you unique. If that’s something that you’ve always been kind of shy about, or you’re embarrassed about maybe, or anything that you feel you have to change, use that thing as what makes you different. That’s your strength. So yeah, really find out what your unique thing is and just be yourself.

Be aware of whatever your peers are doing, whatever everyone else is doing. But don’t be like them. If you try to be like everybody else, then you’re just adding to this mush of everyone doing the same thing.

Was there any point in your career that you felt like you were pressured to be someone else, and not really the “you” you are right now?
Hmmm, no. I’ve been really lucky because I mean, as a young woman, I was signed when I was 19. I was touring when I was 17 and it’s weird. As a young woman, you have to be careful not to have an older guy telling you what to do, what to wear, and what to be. I have a really great manager, and he’s also a great friend. He’s, you know, older than me and has always been very protective of me. But because I started everything myself, I had already established my [identity]. I think the issue is when you’re signed but you don’t have, you know, your look or your style or your sound,  someone will try to give it to you. That’s when I think things can get a bit wonky. I already had that. I just never really felt pressured, and I think I was just lucky in that sense because I just had a great team of people.

When it comes to songwriting, do you write when you feel like it? Or do you set rules for yourself? Like, on this day I should write. On this day, I should continue this.
When I write on my own?

Yeah. Your songs.
Well, I write for film and for other artists as well. So when I write on my own, it’s like, whenever I feel like it. And kind of, sometimes it will take me a year to write a song. I’ll write [down an idea] and finish it in a year’s time. When I’m working alone, I actually tend to work better in my house at night time really.

Read also: 5 hacks to start getting your creative juices flowing 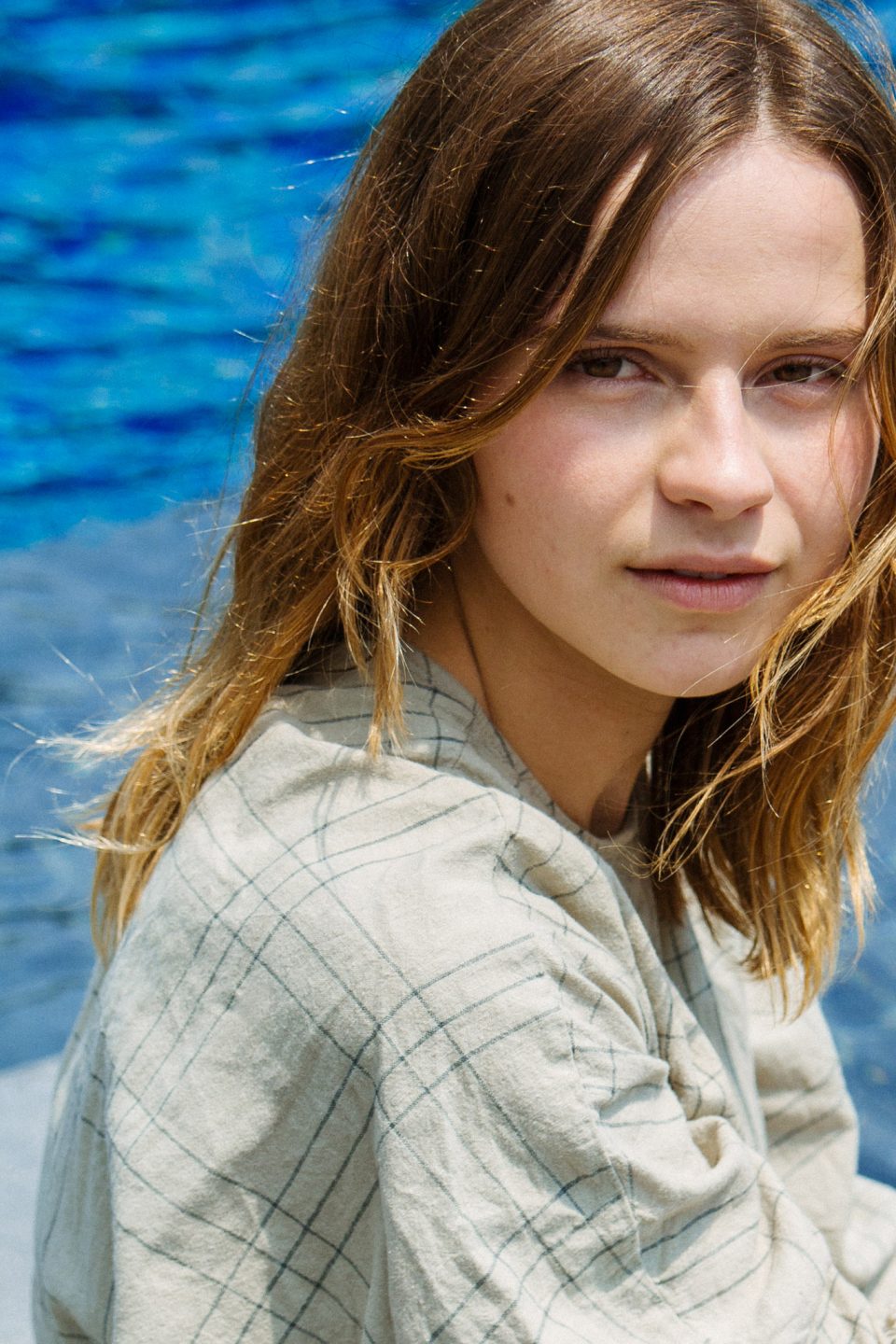 Are you familiar with any of the Filipino artists?
Yes, I met an artist called Reese? I can’t remember her last name.

Oh, Reese Lansangan!
Yes, I actually thought she has Japanese at first because she has “Arigato, Internet.” (Laughs)

She has Japanese blood, I think. I have to verify that. (Laughs)
Oh really? (laughs) And I think Filipino people are so beautiful. Your ethnicity and your culture are so…

Diverse?
Yeah! It’s really diverse. I thought Reese was really great, and she gave us some CDs as well. I love her artwork and her style. Yeah, she’s great and I’ll listen to a lot more of that.

She has her own style.
Yeah, she’s cool.

You know, as soon as my song comes out, it’s not mine anymore; it’s for everyone else. 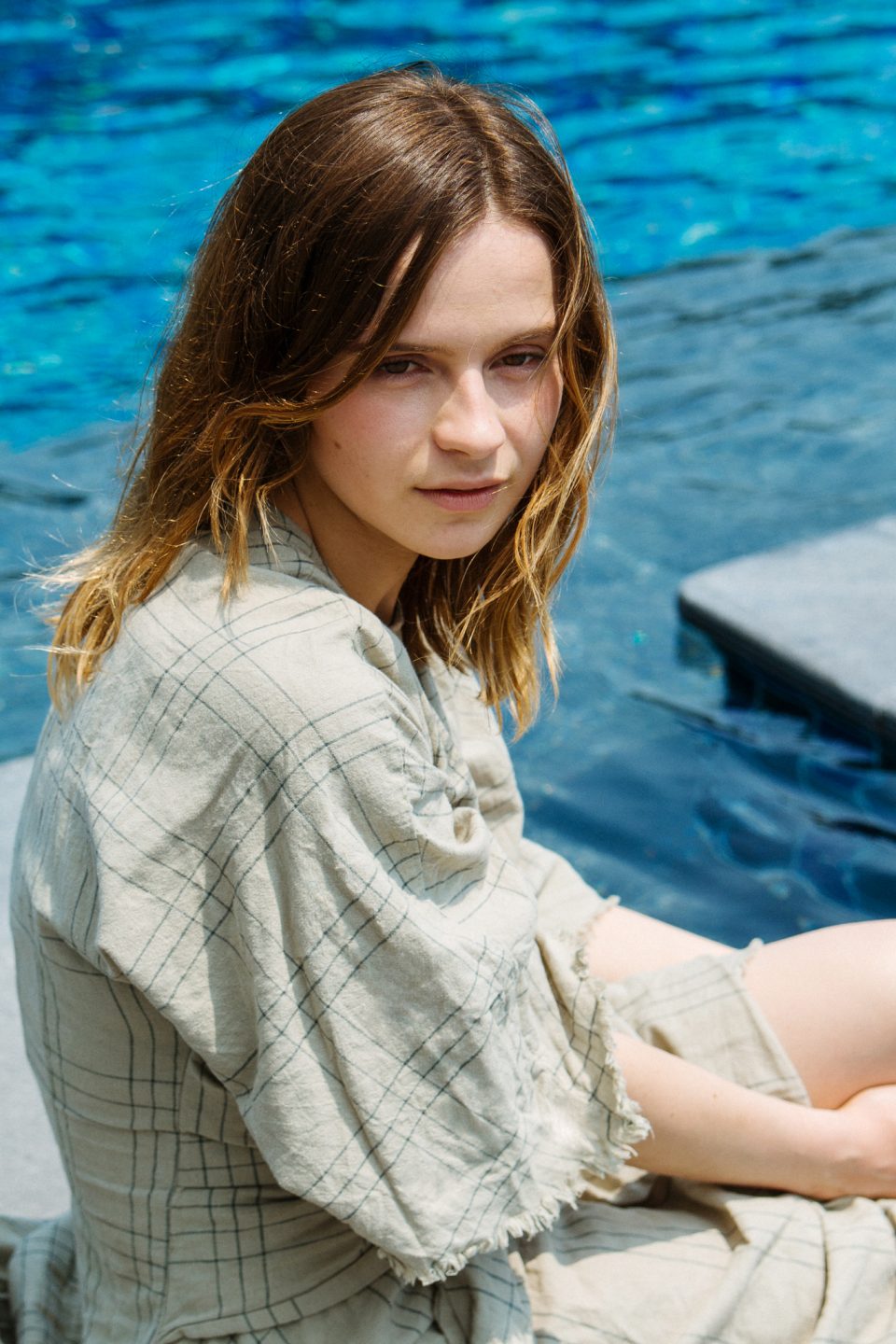 So, how would you like to be remembered as a musician?
As a legend. No, joke. (Laughs)

(Laughs) Alright, go.
I would like to be remembered as someone who’s just been [true to herself]. I don’t necessarily feel like I need to be the biggest artist in the world. I just wanna feel accomplished with myself and I try not to think about what anyone else thinks because it’s not my business. (Laughs) So yeah, I like that I could write a song that means something to me and it could mean something to someone else in a completely different way. You know, as soon as my song comes out, it’s not mine anymore; it’s for everyone else.

What are your future plans? Like, what else do you want to try in terms of your music or your career in general?
I’ve been really enjoying working on music for film and TV, so I’d like to do a soundtrack for a movie. I work with the producer for Luke Potashnick and we can make a really cool soundtrack. (Laughs) And I’d like to be—this is weird, this is a weird thing for me—I’d like to be in a horror movie. A really creepy one.

Oh, so you like horror movies!
I am obsessed. I don’t know why, because I’m actually a really tame person, but I love messed up movies like ghost movies. But I’m not into gory movies like Saw. But kind of like, mental ghosts kind of poltergeist things? I am obsessed with it. And witch things. I’d also like to start my own band someday. Why not? I just like being creative. I love making things. I like to make my own clothes as well, and I’d love to do something with fashion one day as well. I love food, so I’ve been doing like a small series of vegan food videos on my YouTube channel.

Read also: What goes into the mind of a creative?

So, you just have this natural way of doing things?
Yes! So like, I love making lots of things. It’s just that music happens to be the one that pays my rent. But like, I love it just as much as I love to draw.

By Samantha Clerigo If you think the internet doesn’t possess this “all-seeing eye,”...

Romantic comedies are not everyone’s cup of tea. But there would always be...

Wait. Are you telling me sisig-flavored lip balm exists???