Welcome to The Sound Pool: a collaborative column between the semi-anonymous founders of  independent zine-style blog The Flying Lugaw and SCOUT. The Flying Lugaw has meticulously and relentlessly documented the so-called “music scene” via event coverage, album and song reviews, and thought pieces shared on social media. Together, we explore the ins and outs of the local independent scene through editorial content.

For our first column, we talk about one of the most promising rap groups at the moment, Kartell’em.

Our older cousins have witnessed the notorious rap versus metal beef in the mid ’90s and the rise of gangster rap in the early 00’s. Our generation also witnessed the globalization of “Pinoy” rap in the mid ’00s, the relevance and impact of the FlipTop Battle League, and recently, our Asian neighbors being an instant superstar in the entire archipelago.

Now, record executives are eyeing on who’s the next Gloc-9, or Loonie, or Al James, and whoever may have changed the game in the past few years.

Hip-hop in the Philippines right now has skyrocketed, not like five years ago where everyone was tuning into rap segments in noontime television and anticipating the next local rap battle video. Now, record executives are eyeing on who’s the next Gloc-9, or Loonie, or Al James, and whoever may have changed the game in the past few years. But there is this one group in local hip-hop in particular that manages to break free from the cliches and stay at the heart of the underground. A group that stands out of the novelty bling rap, the hardcore trap bangers, and even audience pandering lyricism. 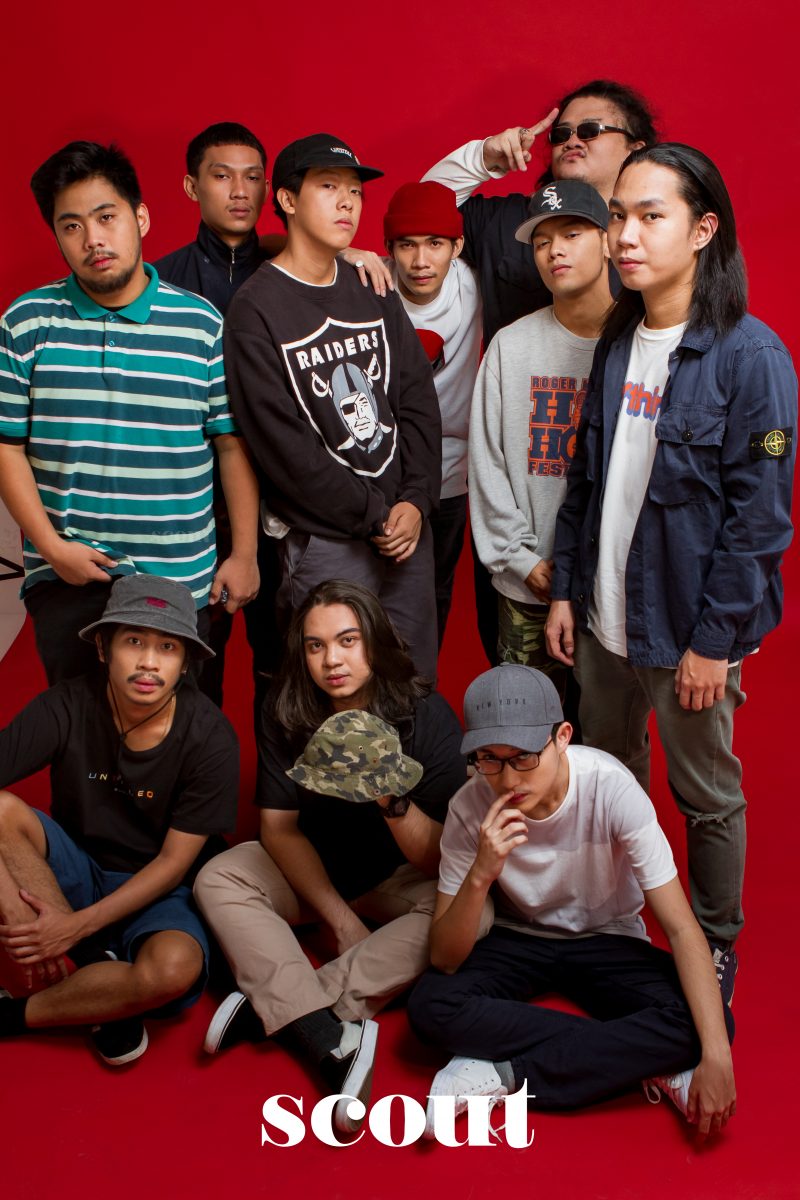 Make way for KARTELL’EM. This 10-member collective of rappers, skaters, and graph artists are tagged as “the future” in social media. Their online cyphers is evidence of their lyrical skills, and their live performances emit a different kind of energy. Their position in the rap scene today are occupied by their organic talent in skating, graffiti, and rapping.

”This is the future. Kasi this is based on everything that we’ve heard. Lahat ng nagawa na, influence namin ‘yun lahat. Ito na ‘yung next generation.”

“This” meaning them: a generation of kids who are pushing forward the next iteration of “what’s next.” The Millennial generation—our generation—are either fresh from graduation or off to their nth job as ambitious, individualistic, and vocal go-getters, if stereotypes hold any water. As for Gen Z, they’ve learned from our mistakes: with a new set of inspirations to draw from, a myriad of opportunities left open, and the fountain of youth to their use, they’re free to do what they please. And what they did is work together, collaborate, link up, build.

This is what we learned while kicking out with the boys of Kartell’em. Meeting them in person felt like you were meeting up with your friends after work or school. This was on a Sunday, and almost all of them were mellow. All because they just performed in two hip-hop events the day before. Each member were being themselves by sporting beanies, tee shirts that are actually merch from other small local clothing lines based in Makati, five panel caps, and unclean high cut shoes. These folks aren’t the flashy type to dress that we’d mostly expect in the typical hip-hop get ups that are trendy today in the market. 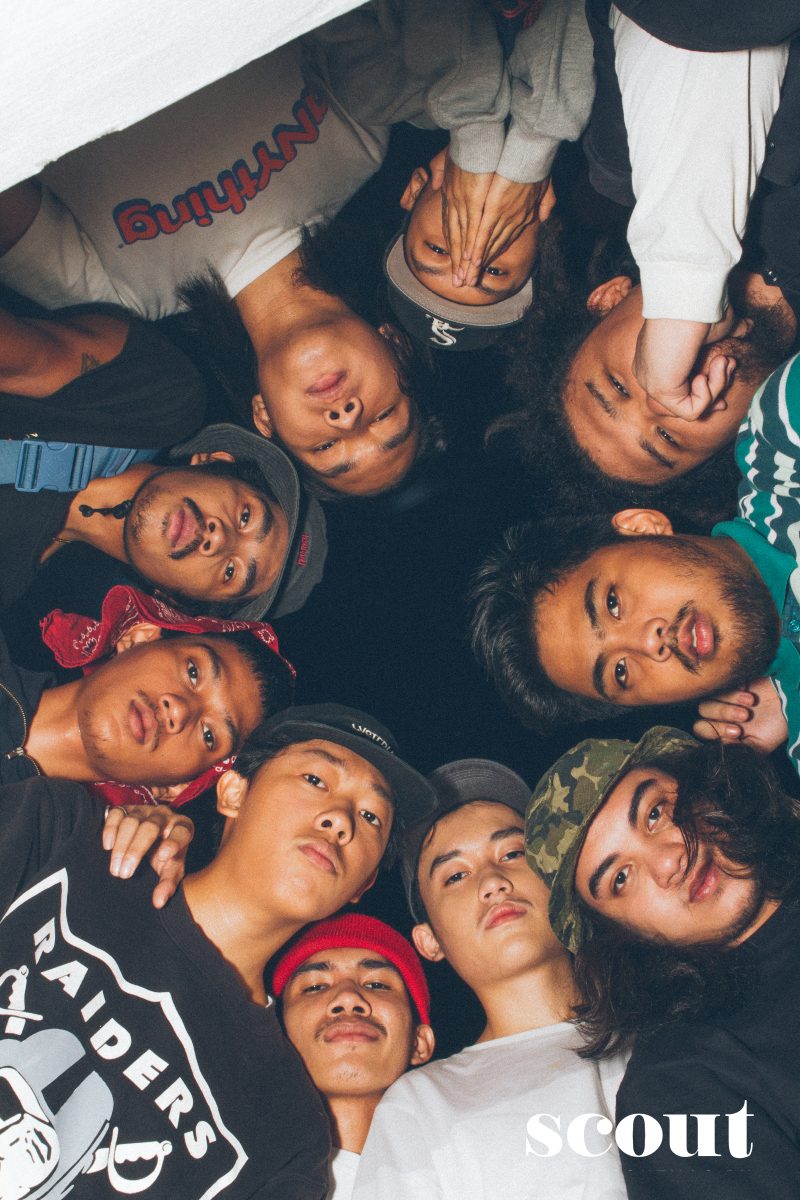 Kartell’em consists of ten members, with most of them based in Makati and a couple of members are from other cities in Metro Manila like Pasay and Quezon City. They got their name from “cartel,” a word with street cred, but also a word that reflects their way of exchanging and producing music they are making for everyone.

They got their name from “cartel,” a word with street cred, but also a word that reflects their way of exchanging and producing music they are making for everyone.

This collective of skaters, graph artists, beat makers, street smart poets met early around 2012 because of their fondness of skating around the blocks of Makati. Their own interest of the same culture they loved blossomed in a hangout in one of their friend’s house, and shortly after a quick freestyle session, Kartell’em was born. Don’t let this group fool you though, they find themselves more in common in the way they operate their own image online. 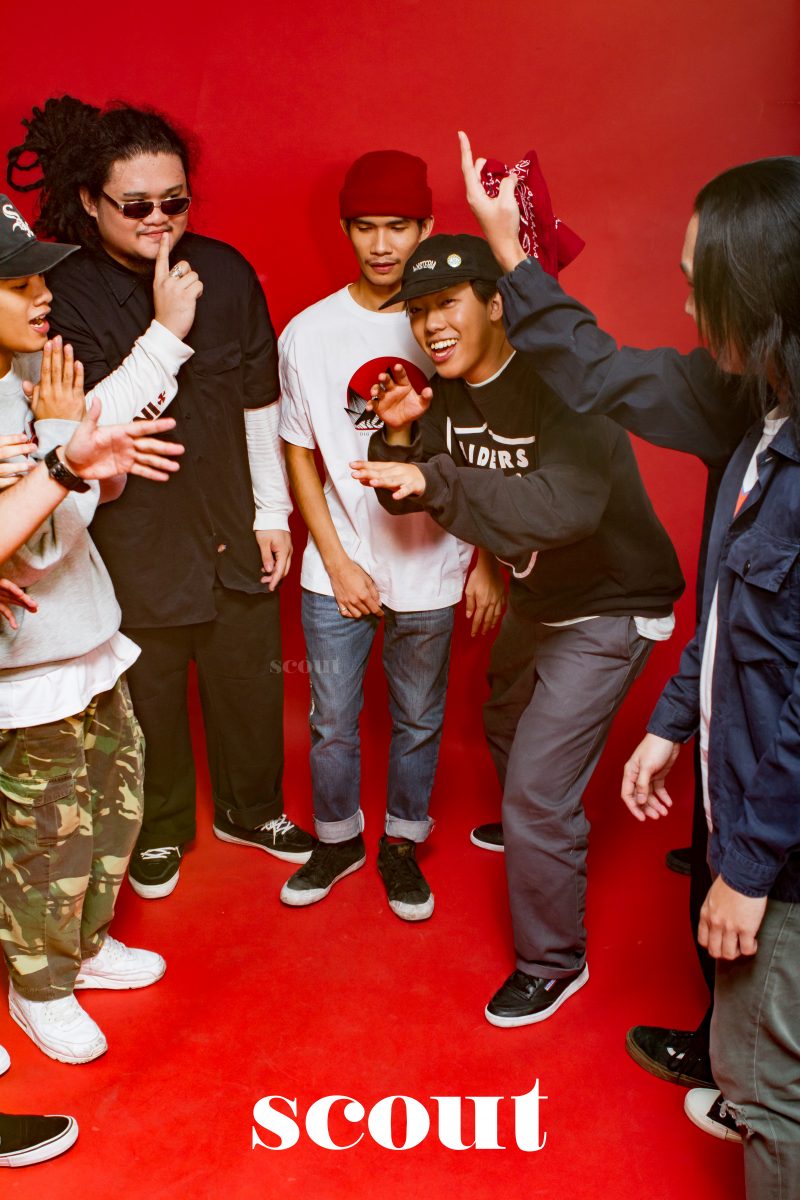 They’re different and they’re bringing you a different kind of product. Some say the group works like a boy band similar to Brockhampton, or their collective efforts are hyperactive like Odd Future. But as they said, none of them really aren’t really aiming to copy paste whatever hip-hop group today is doing. What they’re looking forward in doing is breaking the wall, shatter boundaries, and unite all different classes. All by being themselves. 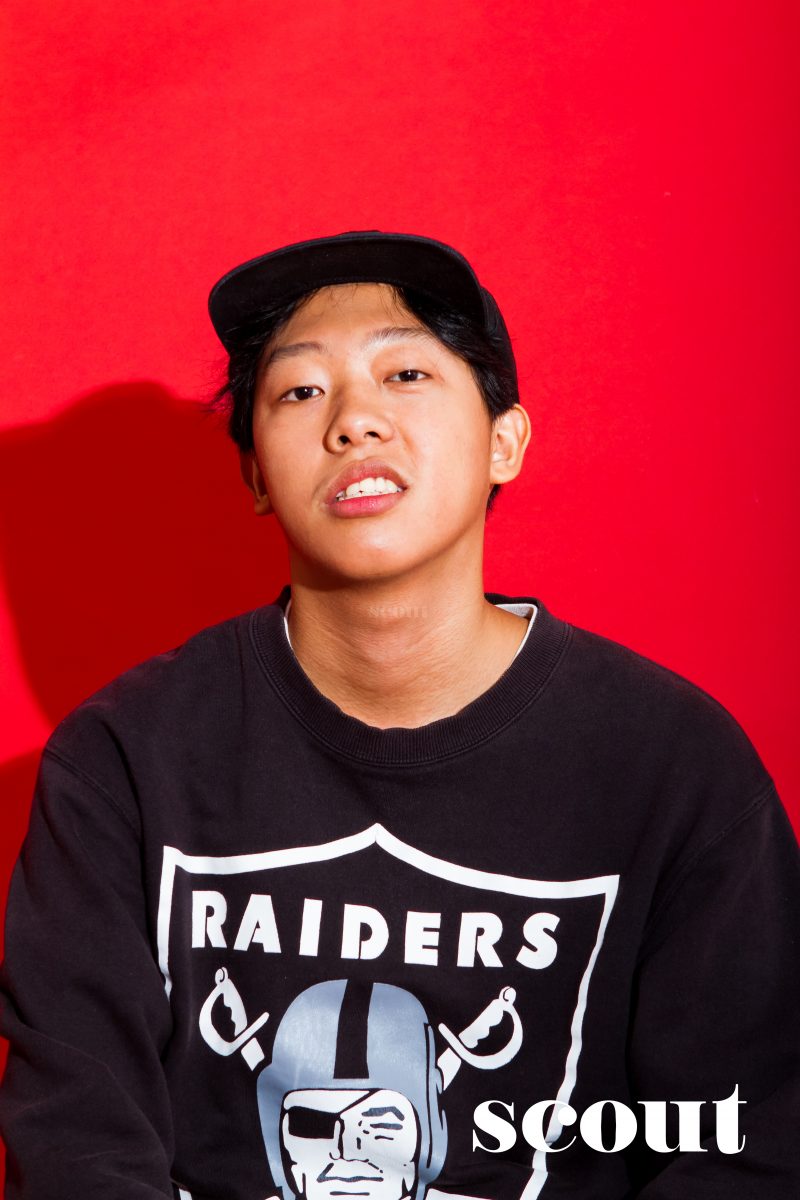 These members in Kartell’em incorporate a different feel whenever they rap and produce cuts, the first out of those ten members is Waiian, the most active in the group. He is first and foremost a rapper then a skater, then a graph artist. He just released his most acclaimed solo EP titled Stranded in Hawaii just last year, following the release was getting noticed by other hip-hop veterans for his use of dual languages in a track, his storytelling, and themes about many other living conditions in Makati. 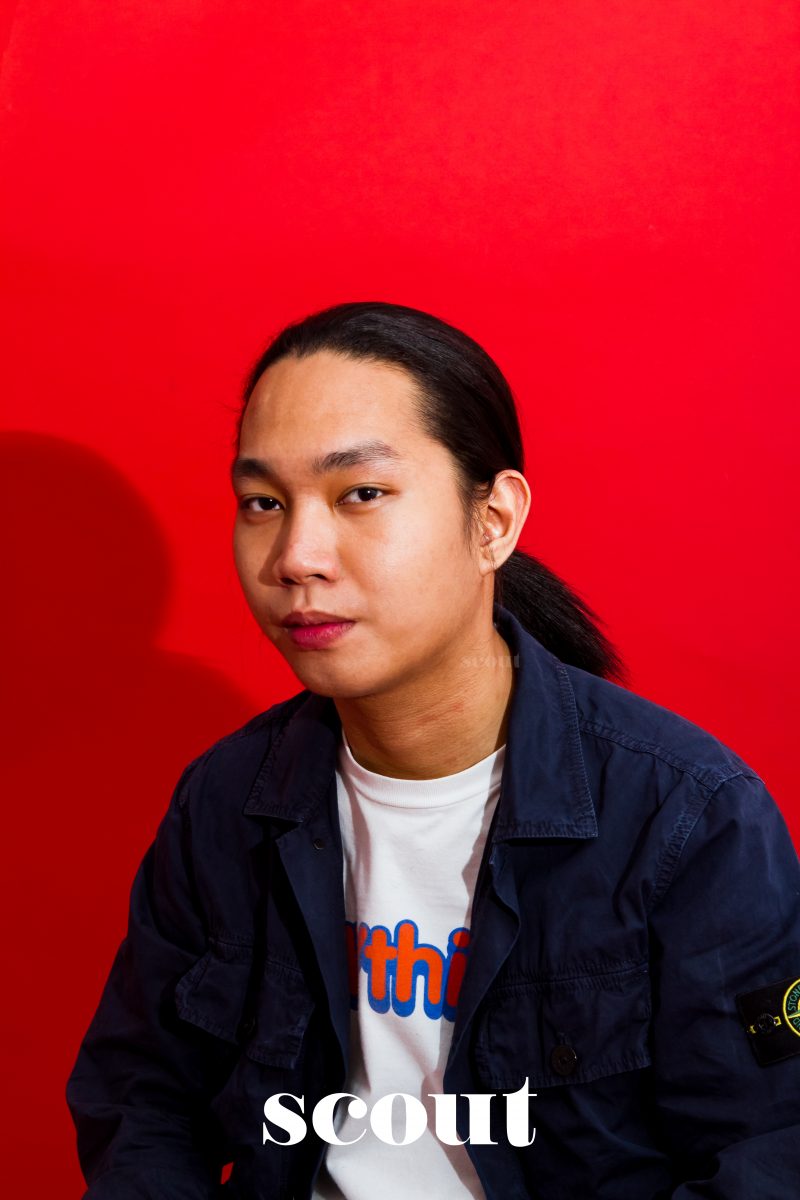 The second member, Ne7in, is the mixing engineer of the group, he is the most vocally present and does most of the job to make the product come clean. 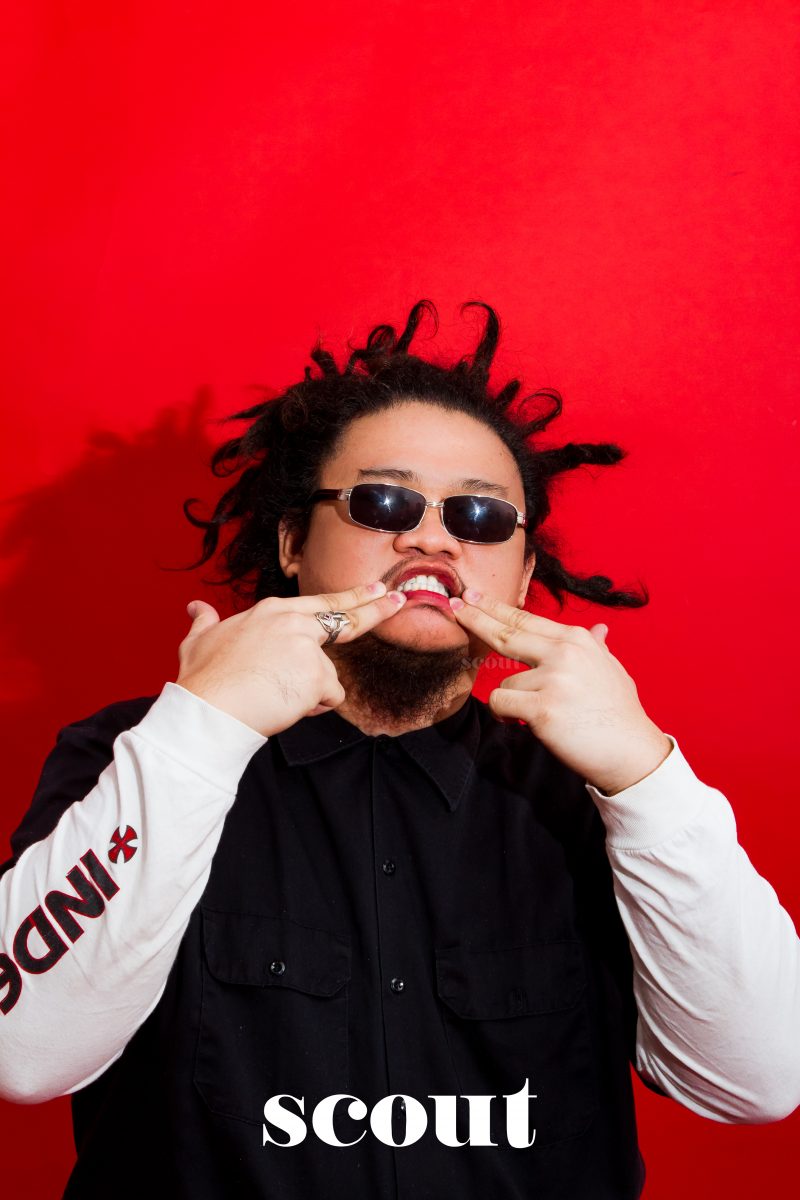 The third and and arguably the one with the most powerful voice in the group, Yorko. He admits that in his earlier days that he was a metalhead, listening to Slayer and Judas Priest, then later on growing up he listened to Tyler the Creator. The loud man screaming inside him is now the man that he really is for the expression and the benefit of the group. 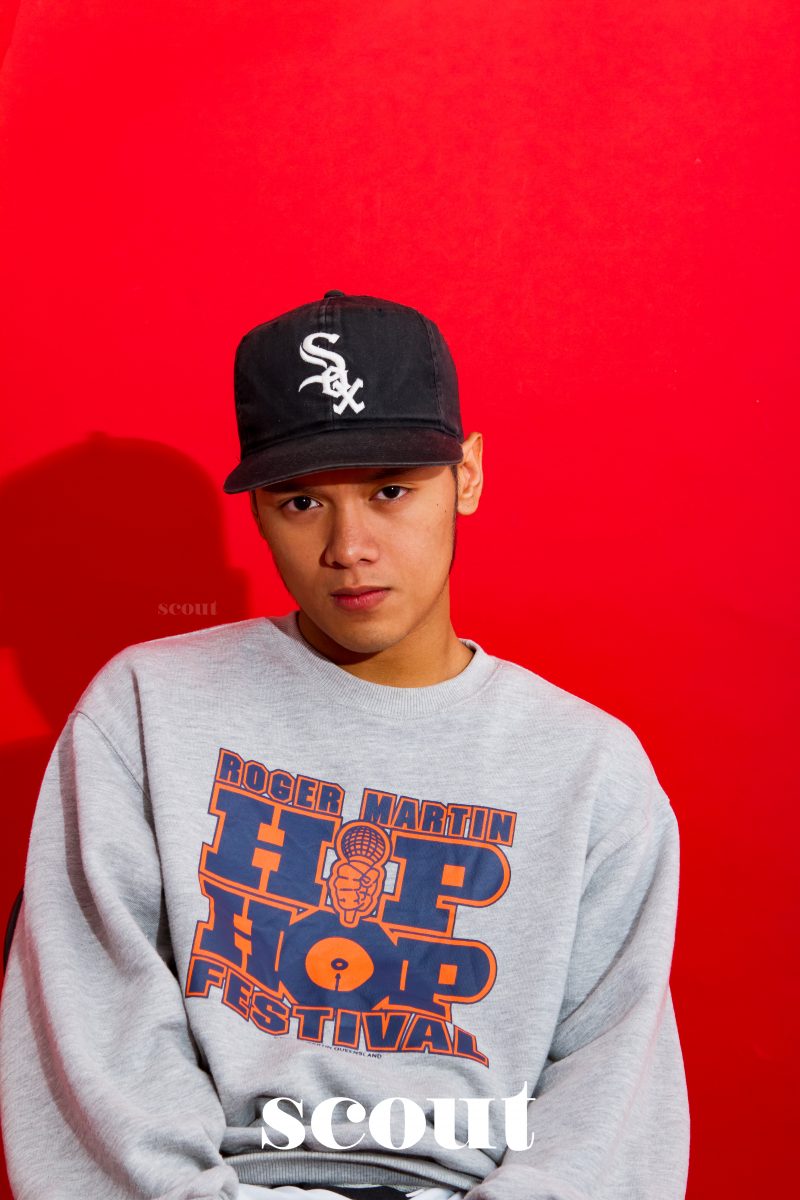 The fourth member, Sica, was a hardcore punk until his first year highschool where he first listened to Tupac Shakur. He immediately went to take his influence in his music to channel the more socially conscious rapper in him in his solo material. 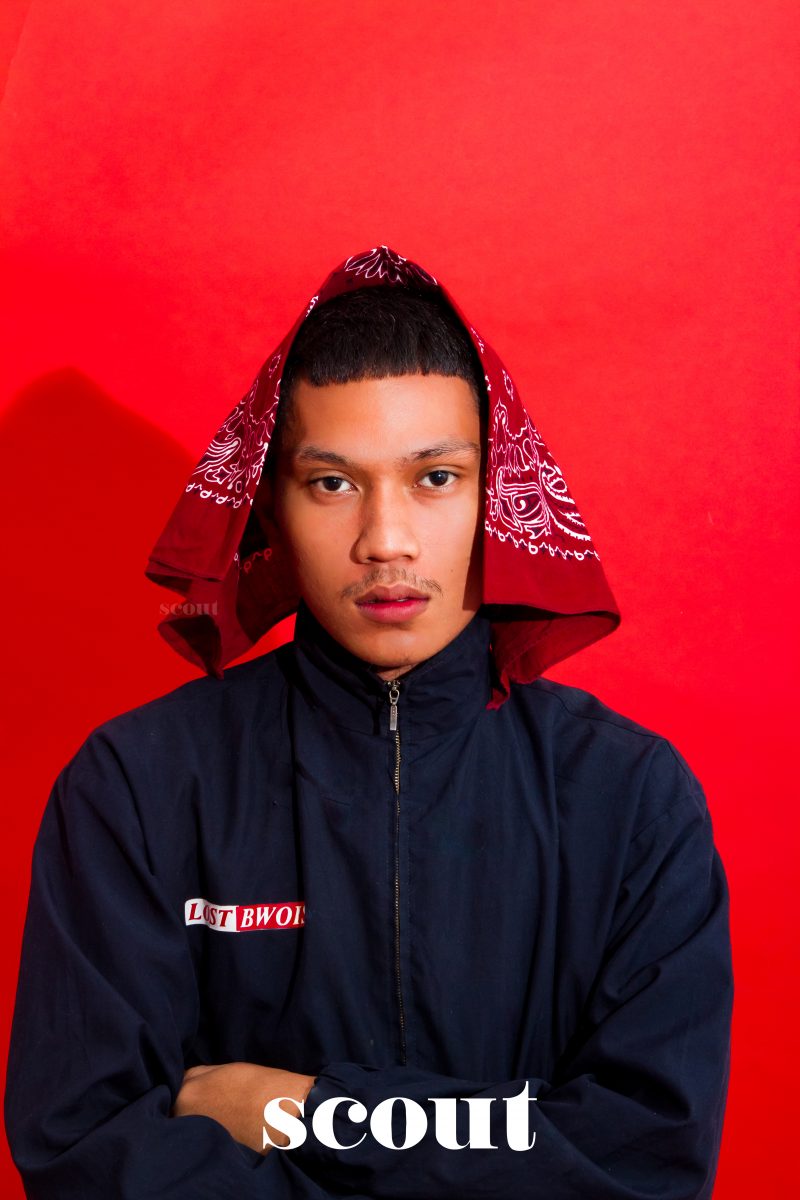 The fifth member, Wayvier, was raised in Laguna and he moved in Makati around his first year in college, where he witnessed violence in the streets. This in a way inspired him to speak more or rather made him express his feelings of the city in an upcoming solo mixtape of his called “I Came From The Subs But Delighted With the View of the Urbs”. 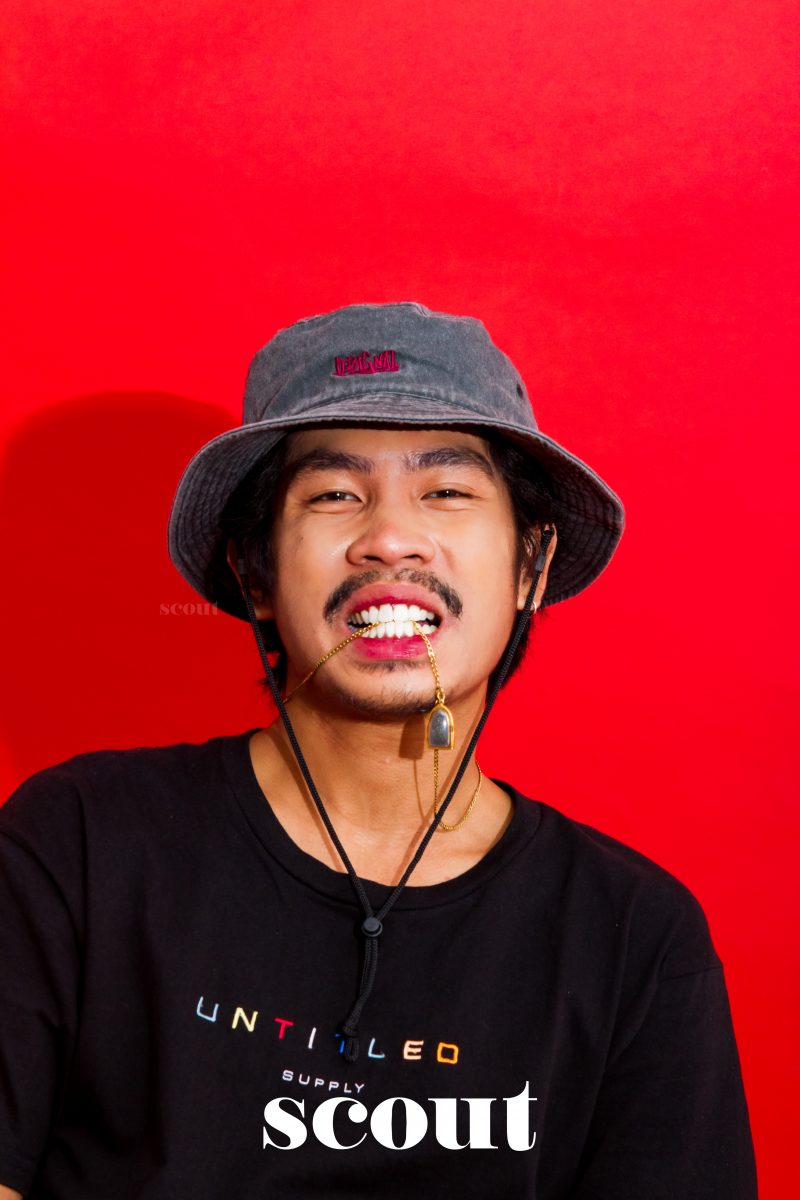 The sixth member, Ruiijikun, the main producer for the entire group, has released a beat tape and is looking forward in working with many other producers in the local scene. 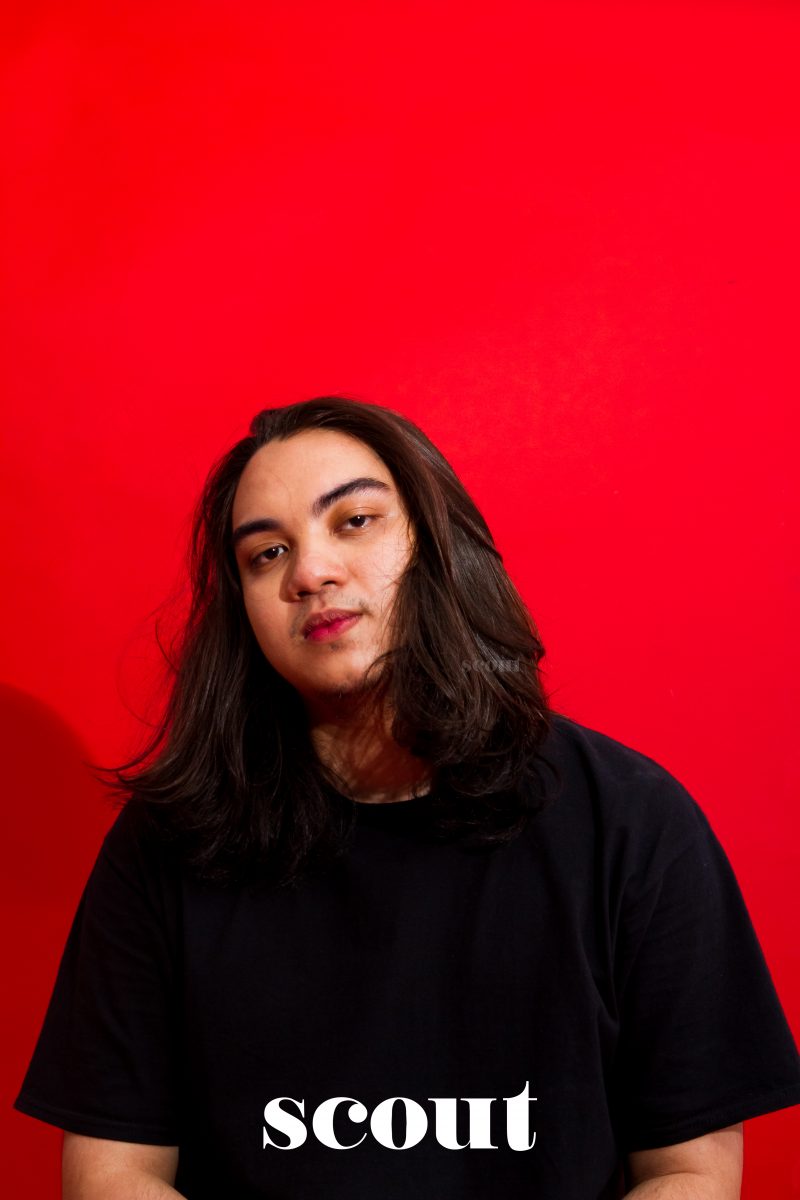 The seventh member, Nickname, started out by listening to bands like Second Hand Serenade. The reason why he was brought in hip-hop was because of his co-worker that started freestyling during breaks and he was astounded the way how he was able to convey a story in his lines. Nickname has also expressed his qualms regarding about how braggadaccio is still somehow prominent in the hip-hop scene. He has expressed that those rappers only got what they have, whatever bling they have is what they wanna rap and nothing substantial in return. 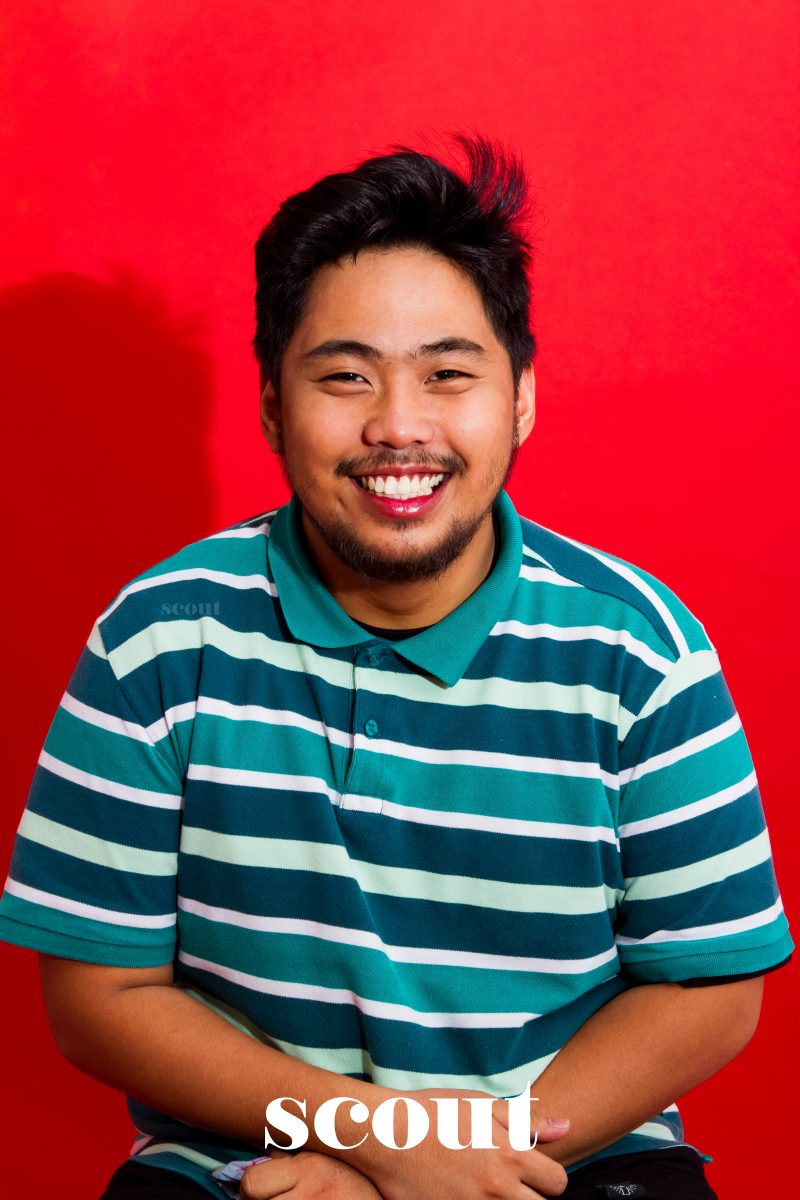 The eighth member of the group, O’Neen, moves around in the group but is constantly in low-key mode online. He raps like he’s in attack mode. Arguably the most versatile rapper in the bunch. 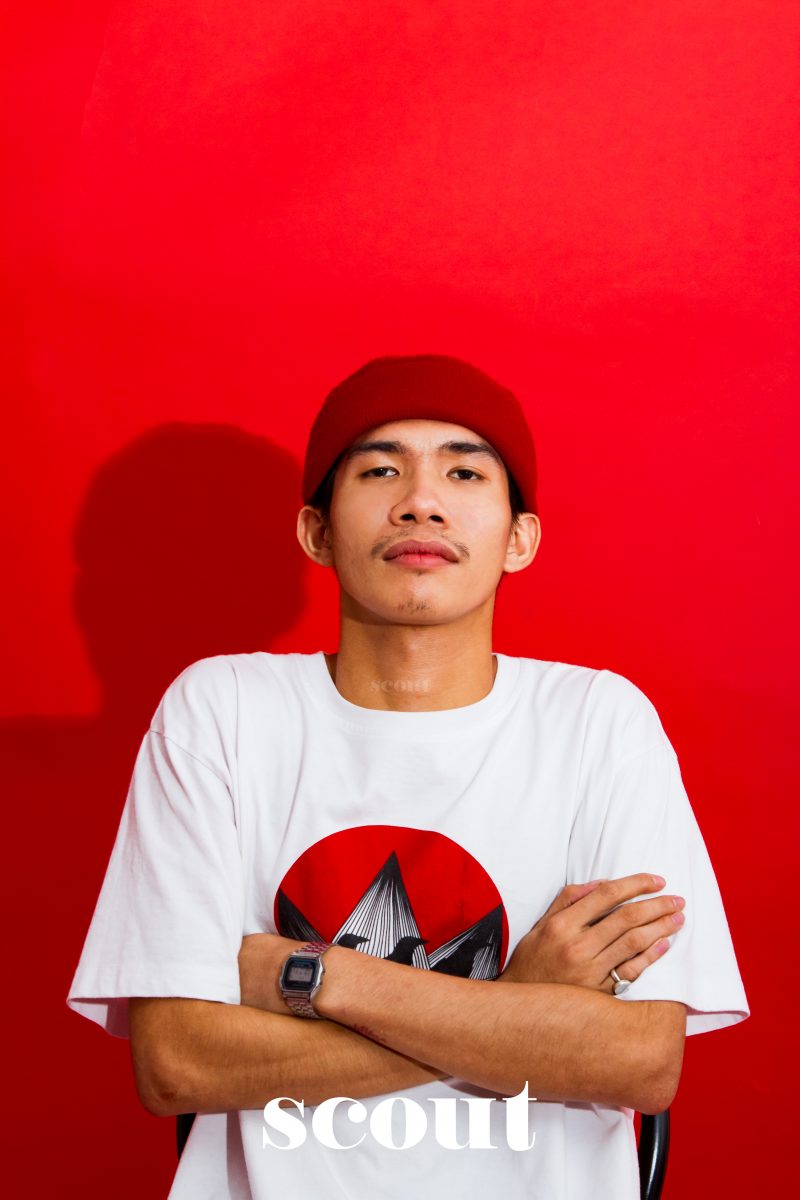 The ninth member, Aftermatt, the most laid back member out of all the 10 members, he’s also planning to release a solo project. So far his plans for the project was to take influence from Earl Sweatshirt, a very grim part of rap we’re looking forward to see in the future. 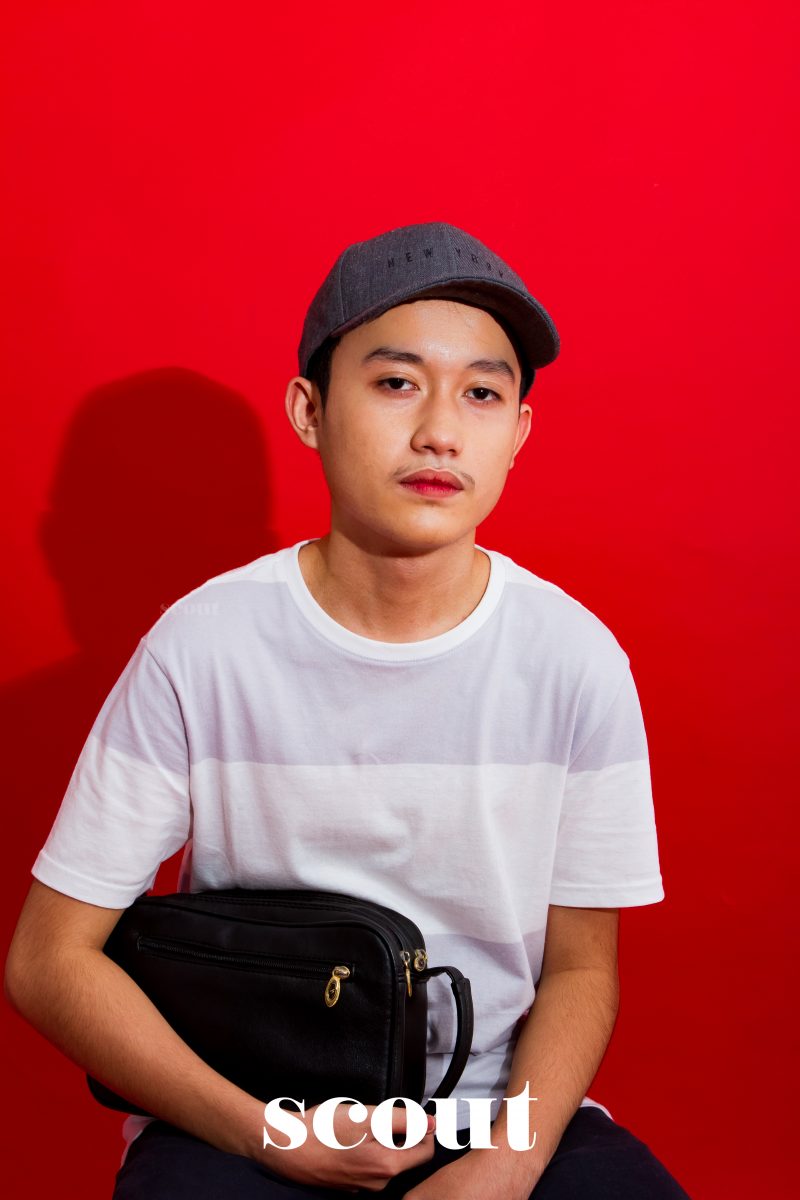 The tenth and the newest member, JWuds, is a 17-year old new recruit in the group, making him the youngest in the collective. Sica, brought him in the group to explore more in the music. This made him how to craft songs for the better. At first, he used to write formulaic love songs but for now he has brought his songwriting in another direction.

These neophytes didn’t really have the same interests growing up. Each and one of them started out in different musical influences. And that’s okay, this unites the group even more. This call for diversity expands their taste, and these folks are hungry for more. When performing live, these members channel a different energy that they themselves can only produce on stage.

When a boom bap track is playing, they get set on their more lyrical and reflective side, take their track “EJK” for example, there are four rappers that take turns to present their own style—Aftermatt presents an angry 16 bar that contains lyrics about the injustice while Yorko is using the double-timing rap tempo to express their anxieties of the current administration.

When a trap banger plays, Kartell’em show a dynamic and a more hyper side that would get a crowd to move a lot more. “No Wi-Fi in Hell” is a prime example of their other and more energetic style. Wayvier goes back-to-back battle of bars with Oneen. They showcase versatility with a haunting but catchy hook in their arsenal.

After performing, the crew calmly go down off stage. The crew rest and cool off for a while by heading outside of the venue. They smoke and chill by the gutter while the rest of their friends who came over do skate tricks by the street. They laugh at their live clips being documented in a smart phone by one of their crew mates in the graffiti scene. Waiian and a few of his friends find the nearest karinderya while others like Yorko and Nevin attempt to do tricks while they got time to kill.

With their mixtape recently released, Kartell’em are taking the first step of many to reach a wider audience. Kartell’em represent the current DIY movement (music production, events, and even promotional material) in the underground scene today; a rare practice that we don’t see in the surface of all things. This age group of late teens and 20-somethings used to be the spectators, watching their idols on stage, and right now, they aren’t a household name just yet but they are potentially bringing hip-hop back to the future and to the past not only at home, but in the entire world. Representing a new breed  of hip-hop in the Philippines.

One rapper copies another for fame, and a movement retrieves the questionable actions in the past, sadly this is a reality here that we need to move on from. The past is past, the present will wait for their answer, and people like Kartell’em can pave way for our generation’s future. Without a doubt, only Kartell’em can only tell time for how madly unique, conscious, and open they are. Which makes them ultimately stand out from the rest.

WARNING: This one’s for the people who have watched Ari Aster’s new masterpiece....

There really was no harm in piling up our predictions into one plate—we...

Local clothing brand SupportYourFriends is back with a new collection, including a riff...