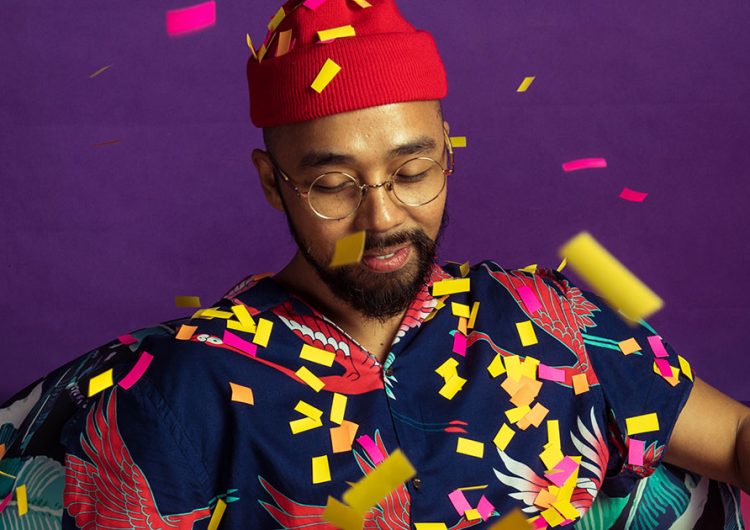 I never thought that I’d find myself shoot the shit with Mark Redito outside our office, talking about budots and the difference between the weather in California and Laguna. His name doesn’t ring a bell as much as his former moniker−which is why he still includes “FKA Spazzkid” in his name−but he’s still the same artist that has given me feelings of revelry, contemplation, and mono no aware whenever I listened to his music. His debut album Desire (2013) was the soundtrack of many of my commutes in Manila.

If you haven’t scoured the web for “future funk” and “Majestic Casual-ish” music 2010 onwards, you wouldn’t understand how thrilling it is to find a fellow Filipino making the music in your playlists. In that sense, Mark Redito was an inspiration for many Filipino musicians who wanted to make it big the same way he did. But not many know his exciting past of punk and hardcore music, his soon-to-be released album Neu Tropical, and his vision of a future of more Asian representation in the music scene. In this interview, Mark talks about past, present, future, and his move towards a more mindful, wiser persona by reverting to his real  name. 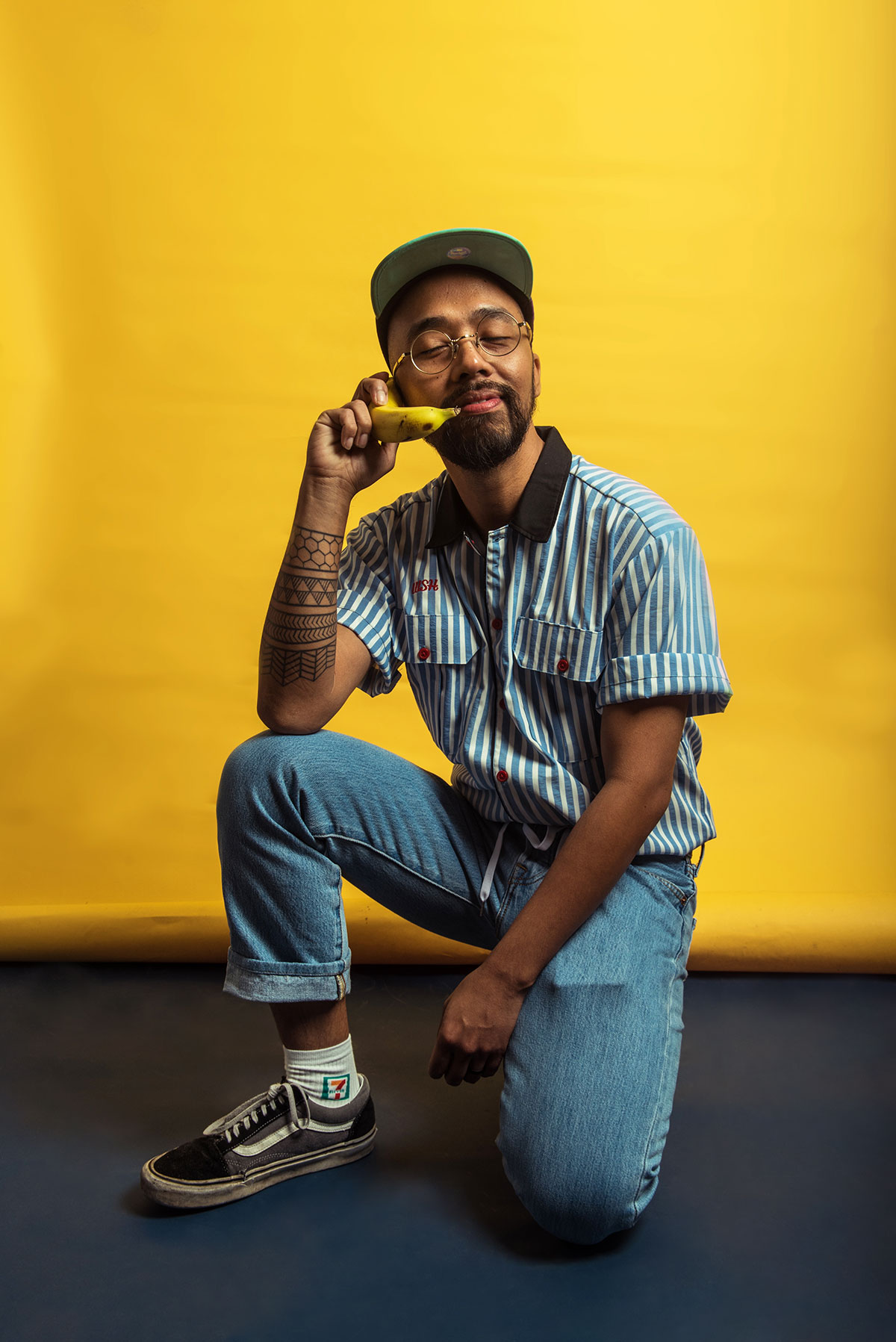 Before Mark Redito, you were Spazzkid. Before you were Spazzkid, you were Cocolulu. You had your roots in the Laguna hardcore scene as a drummer for Aggressive Dog Attack, a vocalist for A Day Like Today, and were part of this band called Honolulu. I’d like to know more about your beginnings, your roots, starting with the Laguna hardcore scene. What was it like?
It was an interesting time because I was a part of all these scenes in my early teens. I think everybody remembers that time of confusion, of angst, of finding yourself. Punk rock as an ethos, an aesthetic, really gave a space for me to just, you know…it felt right for me at that time. The music was loud, fast, raw. There was a lot of emphasis on DIY, doing it yourself. Being part of that scene is amazing because there isn’t much talk about the Philippine punk and hardcore scene. But when you’re part of it, you’re part of it. It’s all interconnected; everybody from up north down to the south knows each other, writes letters to each other, visits each other, tours together. It’s amazing. It was a good stomping ground  for me to find  myself.

How did you eventually change your sound? Did it have to do with moving to the United States?
More of necessity. I got bored with bands and during that time it was hard to be in bands because I can be intense and overwhelming. I can be very opinionated on things and I think most of my bandmates grew tired of me being this control freak and I told myself, “How about I explore doing things myself?”

That’s when I started researching what are free ways I can make electronic music using a computer. I found early software: Fruity Loops, FL Studio, Reason, all that old software, and I just started making lo-fi bedroom electronic pop.

As what? Cocolulu?
As Cocolulu. I kept that for a year then switched to Spazzkid;  this was in Manila ′06, ′07, ′08. That’s when I gained momentum during that time because not a lot of people were doing that. I was this weirdo bringing my dad’s desktop computer on stage playing. I brought this with a CRT monitor and it looked stupid and people were like, “What the fuck is going on?”

“I was this weirdo bringing my dad’s desktop computer on stage playing. I brought this with a CRT monitor and it looked stupid and people were like, ‘What the fuck is going on?'”

What was the reason for you moving in the first place and how old were you then?
I was in my mid- to late 20s when I moved. I moved for music school. Two things: music school, and that my family lives there and I wanted to join them. My original plan was to go back to the Philippines after music school, and then pursue music here full-time. I felt that having a US education in music would help me but then times changed. Once I got there,  I embedded myself in the LA music scene. It felt natural for me. I felt national community, and said, “Let’s try this out for a year or two” and that one or two years became 10 years, and it was more of like “Let’s see where this one goes.” 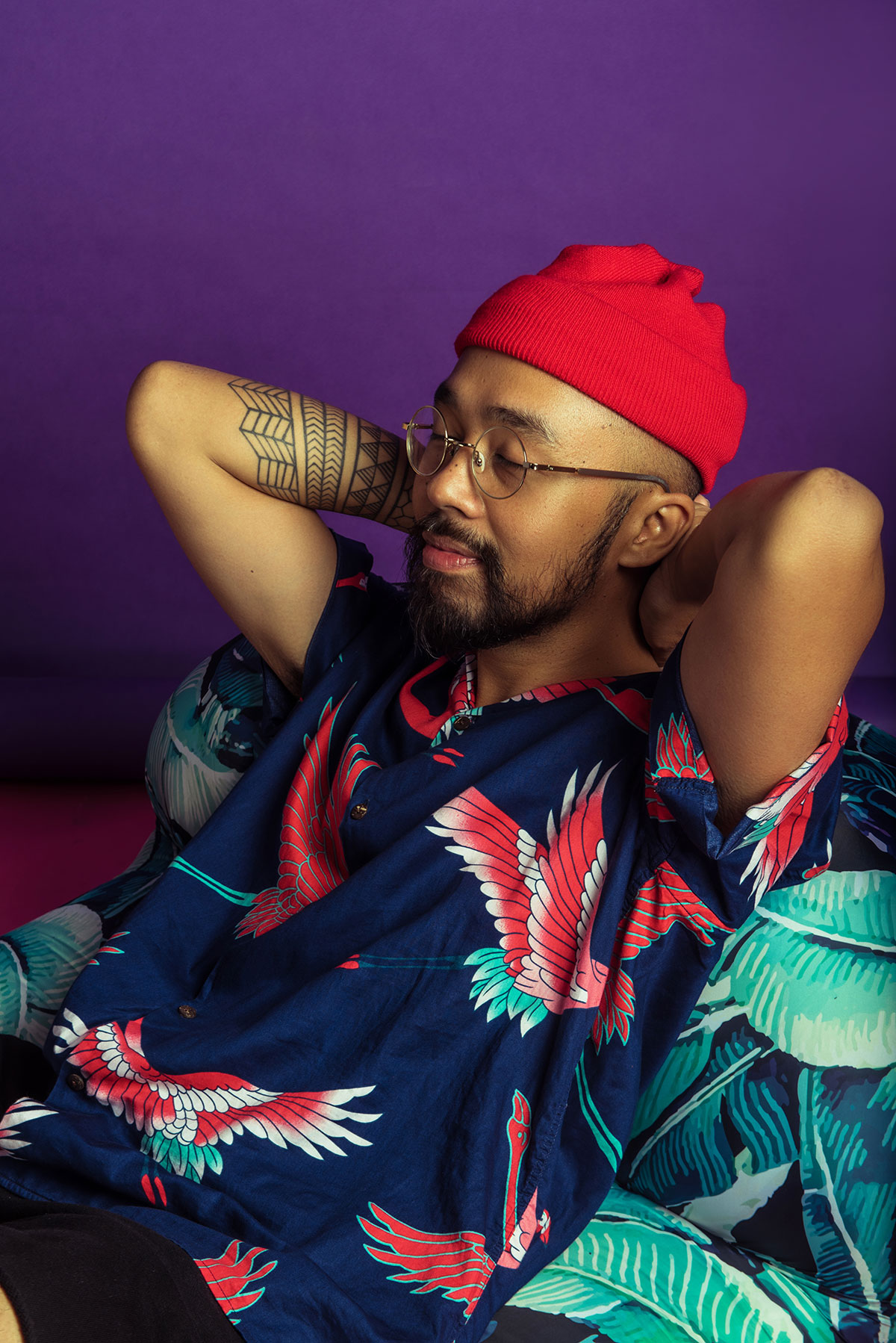 Fast forward to recently, you dropped your moniker, changed your name and presented yourself as Mark Redito. What was the process when it came to that kind of decision? Was it letting go? Or was it shedding off excess?
It’s a bit of both: shedding off excess, shedding off what is unnecessary. I had the name Spazzkid for a while and my music started changing, shifting, pivoting to new directions and I felt like Spazzkid doesn’t really describe, encapsulate my music anymore. People know me for certain sound and there is a challenge of getting stuck to people’s perceptions of myself. So Mark Redito is much more than…as I grew as a person, my music will grow into that  sort of thing. It’s not bound to a certain genre or sound, at least in my  head.

Secondly, I realized a few years ago that the word “spazz” is a derogatory term and I chose the name when I was in the Philippines, and [when I was] living in the States [it] wasn’t a big deal, but in other English-speaking countries like Australia or the UK, it means something else. It’s like calling myself “retard kid” which is much heavier, much more hurtful, and I told myself I don’t want that. I don’t want my music to be attached to that. But it was painful because I already built a following. Now, when I play shows, it says Mark Redito, but people are like “who the fuck is Mark Redito?” So now we’re forced to say FKA  Spazzkid. 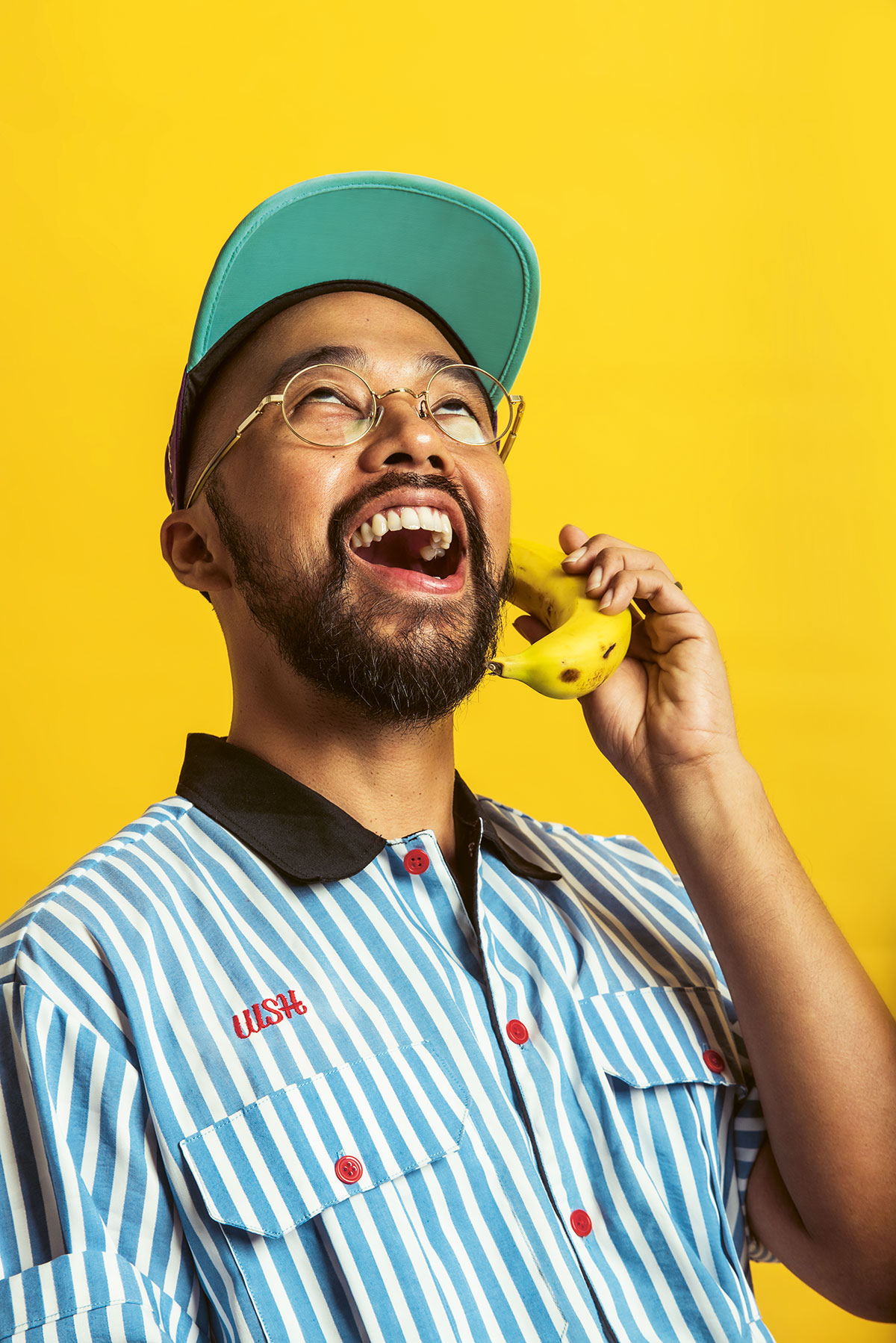 Whatever you do, whether as an artist or creative, it’s good to have mindful practices to clear your head and be thankful for things. To me, I think it is important if you wanna be sharp in your creative work. One has to be willing to make space in their heads for gratitude and love for affirmation to actually make good work. I also find it helping my anxiety as well, like having a mindful practice. If it works for me, I hope it works for other people.

“Whatever you do, whether as an artist or creative, it’s good to have mindful practices to clear your head and be thankful for things.”

What is Likido all about?
Likido is a community of artists and producers. We feature people of color, women and LGBTQ producers and DJs. We want to inspire people who feel marginalized, who feel like they don’t see themselves represented in media. We want to change that. We want the younger generation to see that you can pursue art, and yes you can be accepted for who you are. We hope that this starts a conversation towards equality in both social and music scene.

Looking back at your career as an artist, especially with your roots here in the Philippines, how big a factor is your own heritage when it comes to who you are, not only as an artist but as a person as well?
Very huge. Susan [Park] and I talk about this a lot. Living in the States made me more Filipino than I have ever been; it made me aware of where I come from. In the States, where everyone’s coming from a different culture, and being surrounded by, you know, a certain white demographic, you’re forced to be seen as an “other.”  When I was living here [I felt like I was] different from everybody else. When I moved to the States I thought it was gonna be cool. But I was wrong. [In the States], you’re just part of this whole sea of Asians and they can’t tell things apart.

It’s interesting because in my earlier stuff I was sort of like looking for my tribe, my people. Even from the stuff that I sampled, sometimes I would put little bits of Tagalog in my music in the hopes that I would find my people and somebody out there would be like, “I totally know what that means!” It was a very intentional, very purposeful thing. I was finding myself, finding my people in the States, like a beam of “wherever you are guys are, I’m here.” I was hoping I could connect with them. It was amazing because many people gravitated towards that. Of course some people said that it’s very exotic sounding, having Tagalog in that music.

“Even from the stuff that I sampled, sometimes I would put little bits of Tagalog in my music in the hopes that I would find my people and somebody out there would be like, “I totally know what that means!”

I first heard about you circa 2012, 2013, and I talked to people back then about you who are and we were all floored when we realized that you’re Filipino. People here in the Philippines look up to you as a…
Tito? 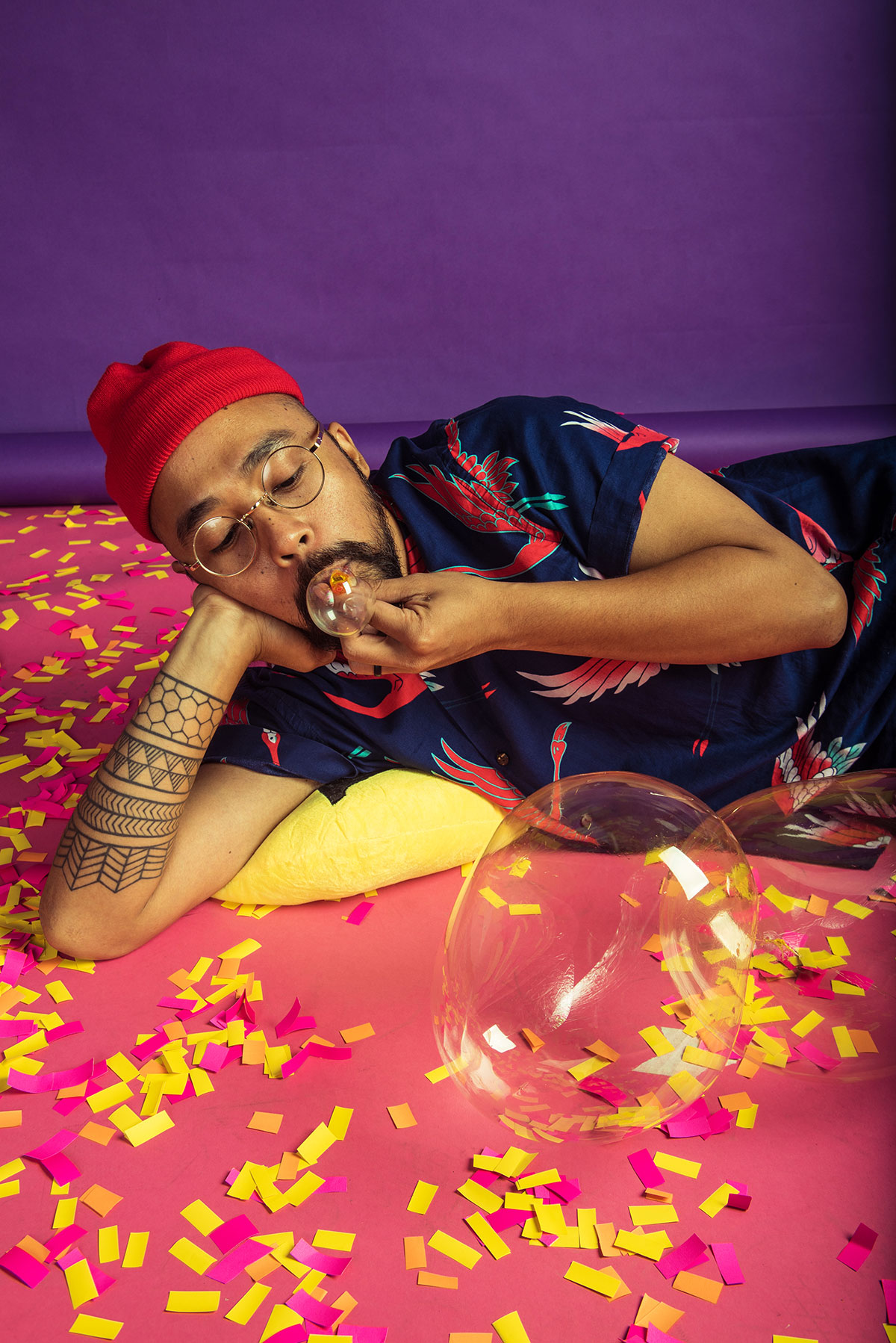 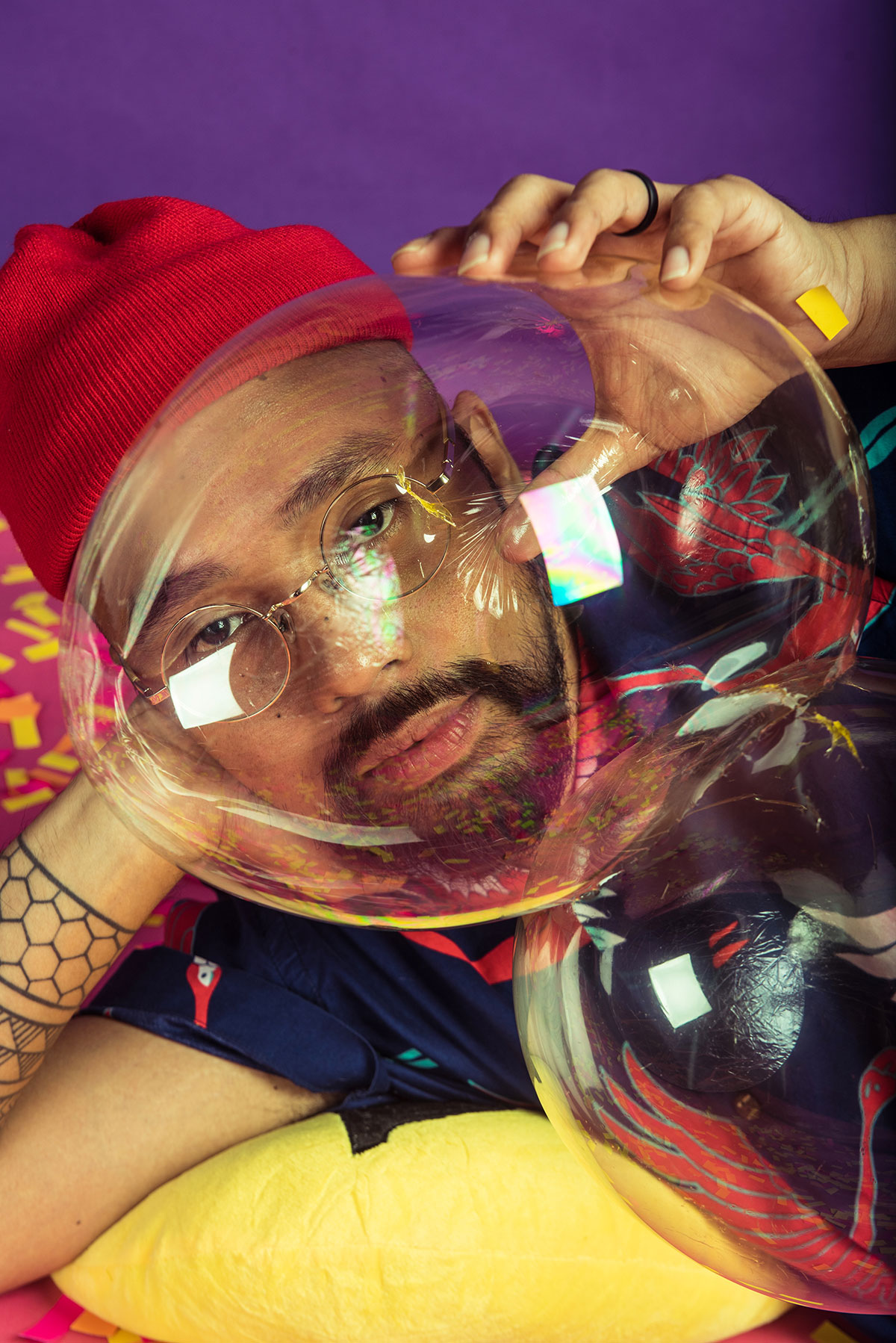 Kuya, maybe not tito yet…maybe a kuya of representation? Do you accept that notion?
I accept it, but I know it’s a heavy burden to carry. I am but one person. I can only represent myself, and putting me on a certain pedestal, like “he’s representing us”…I am not; I’m just representing myself. I just happen to be Filipino. But because there’s so few of us,  I accept. If my presence inspires people then I will accept that. I will gladly carry that burden but I want people to know that I am also just one person who is not perfect.

What do you hope for when it comes to proper representation in the near future?
My hope is that there will be much more equal opportunity for artists and creatives to get featured. I hope that there wouldn’t be this imbalance where if you’re white then there would be  a big possibility of you being featured.

I think the same goes for the Philippine scene. I would love to see more women get into electronic music, more openly LGBTQ people. I want to see people who don’t come from a middle-class background. I wanna see music from a diversity of artists. I’m aware of my privilege. I come from a middle-class background from the Philippines so there is easy access to software technology but I’d love to see those who didn’t have that.