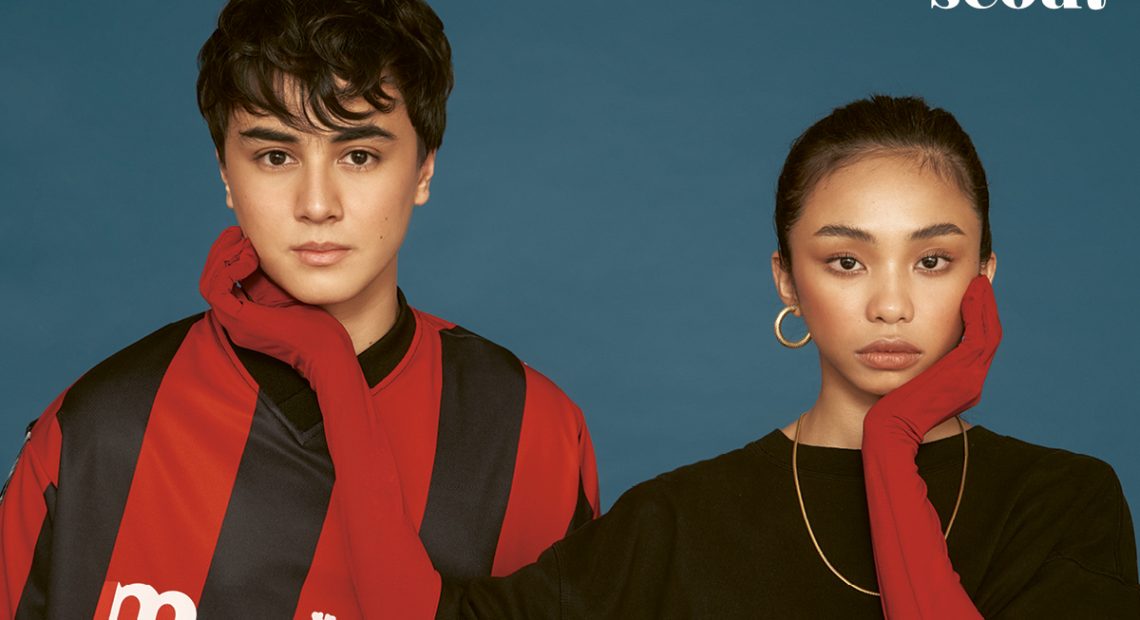 Deep down, everyone wants to be famous. By famous, I mean: celebrated, notable, rich but also: well-liked, important, respected. If you look far enough at the traces of celebrities’ online activity, you would see a glimpse of their struggles and hopes. Chance the Rapper used to be one of many “internet rappers” linking their work on YouTube videos. In 2011, Tyler, the Creator tweeted raw musings of “getting big” outside his circle. For someone to rise to fame, someone has to want it bad enough. To dream.

At a time when anyone can rise to fame via 24-hour Instagram stories, overnight memes, and daily (if not hourly) posts, Andy Warhol’s theory of 15-minute fame has never been more palpable. But while his fixation on the superficial glamorous lives of the famous personalities he had interacted with fits right in with the current celebrity and influencer culture, today’s celebs experience everything at double the speed, framed within a meme-heavy, clickbait-driven media. As fast as a lot of them have risen to prominence, so many of them have also faded to obscurity just as quickly; 15 minutes have never felt so sho

They have a loyal following of uberfans tracking their every move and making sure their names continue to trend online.

In the Philippines, the dream to make it big is the same. See: Maymay Entrata, 21, and Edward Barber, 18, who ended up together in the Teen Edition of Pinoy Big Brother Lucky Season 7 in 2016. Maymay had auditioned for other shows before ending up in PBB, with the goal of helping her family, while Edward was scouted by a television network representative in Germany; at the time, he was looking for an opportunity to pad up his university application. Both their stories are relatable to the Pinoy audience.
Now, Maymay and Edward—MayWard to their fans—form one of the few famous love teams today that are highly visible not just on television but also in movies, in print media, and on billboards, known in almost every household in the country. They have a loyal following of uberfans tracking their every move and making sure their names continue to trend online. Their latest film, Fantastica, came in first in the 2018 Metro Manila Film Festival in terms of gross sales.

It’s easy to see why their chemistry has earned them the adoration of their fans. They complement each other well. Maymay’s comedic flair and easygoing personality can make her easily warm up to anyone, and Edward’s boyish looks make him the perfect candidate for everyone’s Internet Boyfriend, especially when he muses about the simplest things in a way only teenage boys can. Individually, their respective appeal is apparent at first glance; together, they have an energy that’s both entertaining and invigorating.

Maymay’s comedic flair and easygoing personality can make her easily warm up to anyone, and Edward’s boyish looks make him the perfect candidate for everyone’s Internet Boyfriend

The way they talk makes it seem as if they have a telepathic understanding of each other, with the way they build on each other’s sentences fluidly. While Maymay draws people in with humor, Edward drives the point home with a short soliloquy that usually ends in a strong statement. After Maymay shared how she’s currently working on building her dream house and helping her family, Edward closes by saying, “Gawin mo lang ’yung best mo at Siya na bahala.”

After first meeting each other inside the Big Brother house, they overcame the initial language barrier between them through gestures. And it still feels easier that way, they joke. Now, they mostly converse in Filipino, though Maymay still relies on gestures and Edward tends to over-explain. It’s a system that works. “We talk without having to speak,” he concludes.

Three years into being celebrities, both admit that the fame still feels unreal and that they never thought they would be where they are right now. After Maymay won their PBB season, the two found themselves guesting for the Sunday variety show ASAP every weekend—and discovered themselves being hailed as artistas before they even realized it. Maymay remembers asking, “Weh, ’di nga?” when fans first rushed to get a selfie with her, just as she was also rushing to get a selfie with Kim Chiu.

“Love is patient, love is kind.”

“The weight of the world is love,” wrote Allan Ginsberg in his poem “Song.” Joan Didion, in her book The Year of Magical Thinking, said of love, “A single person is missing for you, and the whole world is empty.” True love,” according to The Little Prince, “begins when nothing is looked for in return.” In 1 Corinthians 13:4: “Love is patient, love is kind.”

Maymay quotes the same biblical verse when asked what love is. As for Edward, he pauses and thinks about it for a good minute. “I’m 18 years old. I want to give a good answer but I can’t.” He then attempts to explain that there are different kinds of love, and that the “strongest love comes from above,” before finally settling on the word “sacrifice.”

When asked if they were together, Maymay makes a funny face and answers with another question: “Ano po ba ’yung nakikita ninyo? What you see [is] what you get.”

All the soulmate talk isn’t about them trying to fool anyone. If anything, their message of love is an authentic reflection of who they are: their love for family, God, and their craft. Both stress that being in front of a camera has made them appreciate the effort that goes into the shows that they themselves watch and love as fans, especially the effort of the people working off-screen.

And of course, there is their love for their fans. “I don’t want to compare, but I think we have the best fans out of everyone here,” Edward says. “They’re the best because they can read us. They know when we’re tired or not. They can read us like a book. They know when not to react to bad things on social media, which is a very hard thing to do. I’m so  grateful.”

The world of young celebrities isn’t all fun and glamour, despite what images in social media tell. They wrestle with finding their place in the world in the same time that they aim to rise through the ranks of show  business.

To quote Rust from True Detective: “Time is a flat circle. Everything we have done or will do, we will do over and over and over again, forever.” What can we do to stand out if there are no more original ideas? The youth face pressure coming at them from all fronts in real time because of how connected they are online, and being a young celebrity is to have that pressure magnified 10 times.

Their way of responding to the pressure is not with the easy route of jadedness but with love: one that remains open and innocent.

MayWard’s struggles are the same ones every young celebrity faces the moment they break the mold and start coping with what is demanded of them, but so far, neither have experienced any career-ending mishaps nor social media nightmares. “Before, every day felt like 48 hours; now, it just feels like two,” Edward says. It took them a month after PBB had ended to finally get a break, but Maymay says it took her a year before the pace of showbiz sank in for her.

Their way of responding to the pressure is not with the easy route of jadedness but with love: one that remains open and innocent. Through the littlest, subtlest ways, MayWard’s love—the fearless kind—conquers  all.

This story is originally published in our 34th issue.

Instagram, the go-to platform of photos in social media sharing, finally adds a...