Filipina wrestling fans were taught men get championship belts, while women get lingerie matches. Back in World Wrestling Entertainment’s (WWE) Attitude Era, Filipino wrestling fans had Batista, the half-Filipino phenom, representing them in the ring. Filipina wrestling fans never had a similar role-model saying, “Maybe, just maybe, if we work hard enough and if we’re brave enough, we’ll be competing in that ring while the crowd screams our name.”

This didn’t stop a wrestling fan like Crystal from going for the seemingly unattainable.

Crystal has been an athlete all her life. She took up six years of competitive swimming, ballet classes, gymnastics training, earned a black belt in Taekwondo, and did cheerleading for San Beda Alabang. “The combination of Taekwondo and cheerleading helped me figure out my style in wrestling. I do a lot of flips, kicks, at doon nakikita ’yung athletic background ko.”

Wrestling was her childhood dream. But it’s a dream she didn’t take seriously until she was given an opportunity to try out Philippine Wrestling Revolution (PWR), one of the few wrestling companies in the country. “During that time, I was in college when my two friends invited me to come along with them to try out for PWR. I was game for the tryouts. But then, when the first day of training came, I was the only one who showed up.”

“I’m not going to be the ‘Attitude Era’ type of female wrestler who competes in lingerie or pillow fight matches. I’m here to go all the way as an athletic competitor, not just some eye candy for the audience.”

It took her a while to even consider herself as someone polished. “I had reddish hair, wore an all-black outfit, and had no branding whatsoever. Back then, I wasn’t Crystal Queen of Philippine Wrestling. I was Crystal… a girl,” she shares. What defined her as a wrestler was her first match with fellow PWR wrestler Peter Versoza. 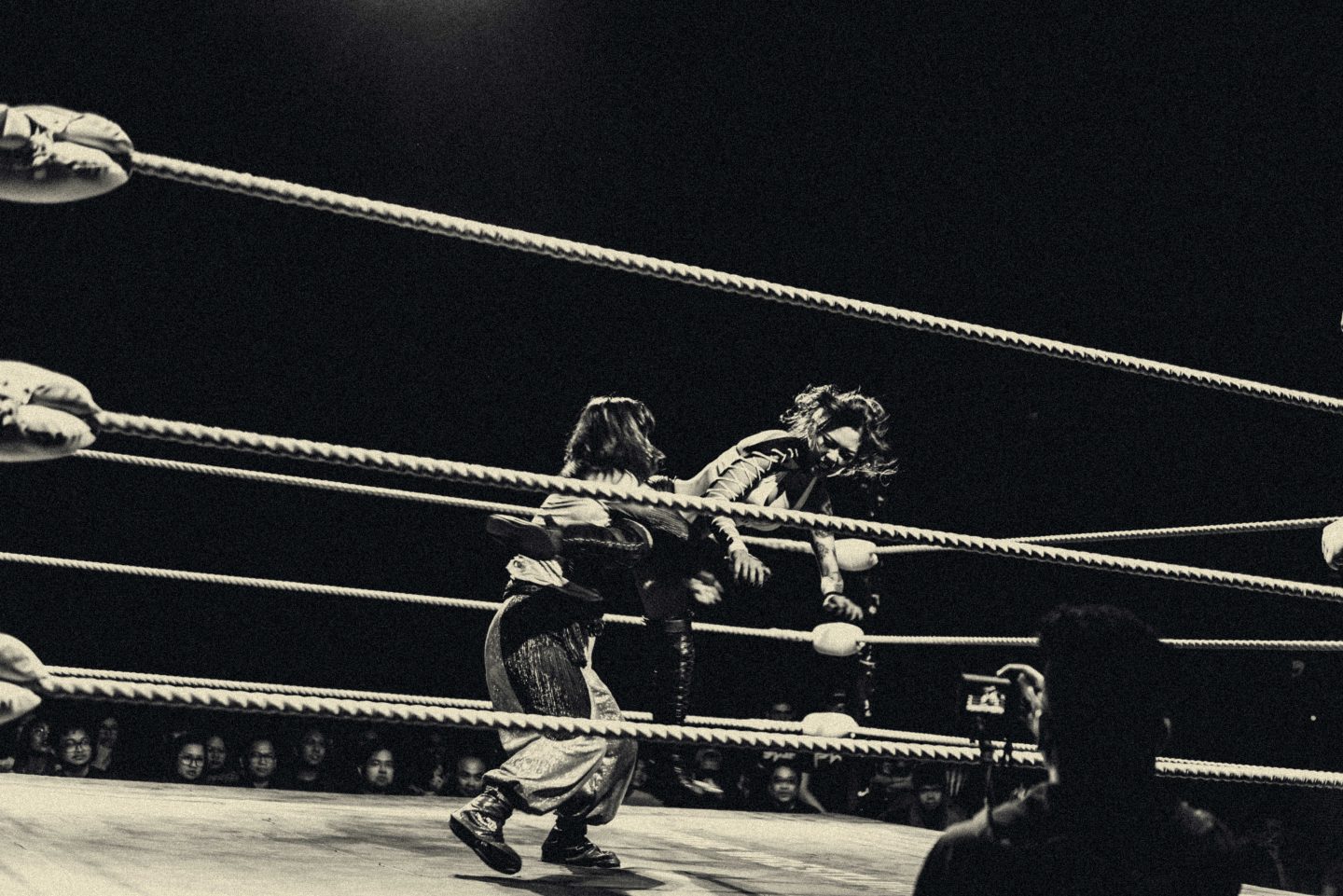 Crystal vs. Emi Sakura in “PWR: Path of Gold.”Since day one, she kept proving to everyone why she deserves that title. She competed in the first intergender match in the Philippines and in Malaysia, became the country’s first female wrestling champion, and was also a former tag team champion with PWR co-owner and Philippine Excellence champion John Sebastian. That’s why WWE had their eyes on her too. It’s clear how the crown wasn’t just given to her—she earned it.

“I started this journey of breaking the barrier for women because when I started, there weren’t any other women in PWR,” the 24-year-old wrestler says. “Now, I can say that I am the Queen of Philippine Wrestling ‘cause I’ve done this the longest, I’ve been everywhere representing the Philippines, and people are seeing what I am capable of.”

She proved her title once again by making herstory. Back in PWR’s event called Path of Gold, she competed with Japan’s legendary Emi Sakura, participating in the first-ever international female wrestling match in the Philippines.

We caught up with her before her match with Sakura, asking her about life in and out of the ring, how she constantly battles stigmas, and what pushes her to put Filipina wrestlers on the map.

Is wrestling something you grew up with?
When I was four, my grandma had breast cancer. We’ll rent out VHS tapes of WWE whenever we visited her. We would play it on the small ass TV screen in the hospital. And even though she had an IV in her vein and was frail, she’ll clap and smile when her crush Bret Hart was on screen. Wrestling gave her a break from reality somehow. Even though she was in pain, it gave her an escape. That’s when I got hooked onto the sport.

“I didn’t just wake up one day and claimed that I was the Queen of Philippine Wrestling. Now, I can say that I am ‘cause I’ve done this the longest, I’ve been everywhere representing the Philippines, and people are seeing what I am capable of.”

What pushed you to pursue wrestling?
I wanted to give back because wrestling gave hope to my grandma. That was really important during her last days because she was suffering a lot. Pero kahit na nag-su-suffer siya, she’d be really happy when she watched an episode. Makikita ko ‘yung smile kahit nahihirapan siya.

I always get up in that ring or go to that show thinking: “I hope there’s someone in that audience who’ll appreciate this.” That’s what wrestling is. Wrestling is not mixed martial arts, it’s not theatre—it’s both. This is sports entertainment. It’s in a league of its own.

What is it like to compete in matches beyond your comfort zone?
There’s still judgment. Like for example, when Robyn [a fellow female competitor in PWR] and I had an All Out War match, the audience and wrestlers backstage were worried about our safety. They were saying: “Please be careful,” or, “Don’t hit each other too hard.” We were just like, “Um okay, we’re still going to give it our all.”

In PWR, the fans are responsive and they’re respectful of the women. They don’t treat us like sex objects—or at least—hindi na ’ganoon. They treat us with more respect and they see the value of women’s wrestling as well here in the Philippines. 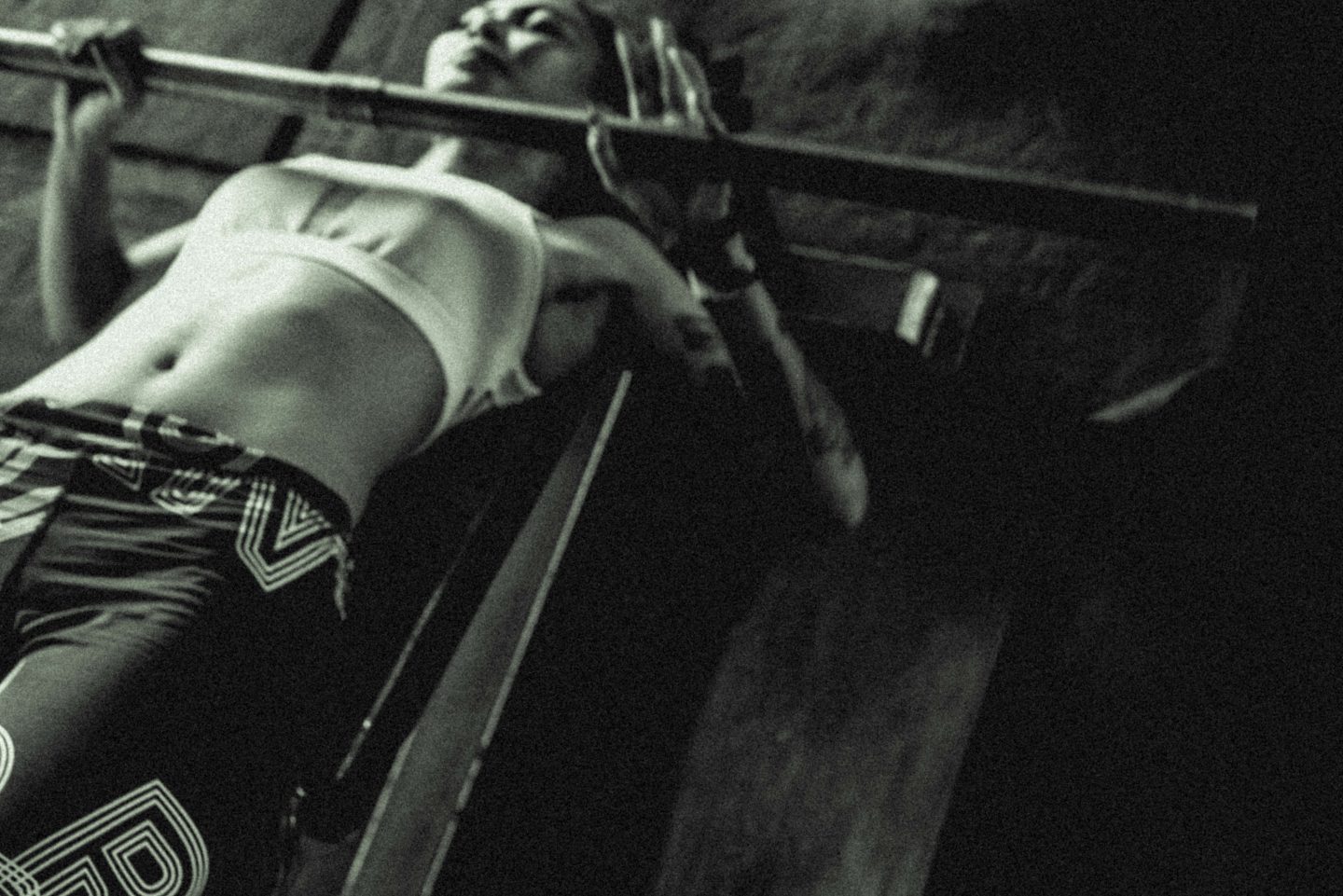 Vernice training for her match at “PWR: Path of Gold.”

Female wrestlers weren’t given the same opportunities back then. Did this stop you from pursuing wrestling?It’s easier to answer now since there’s the Women’s Revolution in the WWE. If this was back in 2009, women will have a five-minute match. Nowadays, you see people like Sasha Banks or Charlotte Flair main eventing RAW, or main-eventing NXT, like the 30-minute Iron Man match by Bailey and Sasha.

We didn’t have those opportunities before as female wrestlers. It was going to be hard if we were treated as the “potty break” match. But thanks to women everywhere who proved women’s wrestling is worth the anticipation.

Why is your match with Emi Sakura important?

It gave me a lot of pressure. It was unexpected, I just thought I was going to be in the Path of Gold, but Japan’s Emi Sakura was like, “I’m going down to the Philippines.” Sakura-san is a legend, she’s one of the best female wrestlers in Asia. I’ve only been doing this for a fraction of what she’s done.

Back when I represented the Philippines in Thailand, she was giving out lessons and I trained under her. It’s amazing since there’s so much that I wanted to learn from her. That’s why I’m so excited about the match as well.

It’s a match I can be proud of, win or lose. Not a lot of people can say they’ve had a one-on-one match with the legendary Emi Sakura. This is going to be the first time Philippine wrestling will see a one-on-one match between a female Filipino wrestler and a female Japanese wrestler. 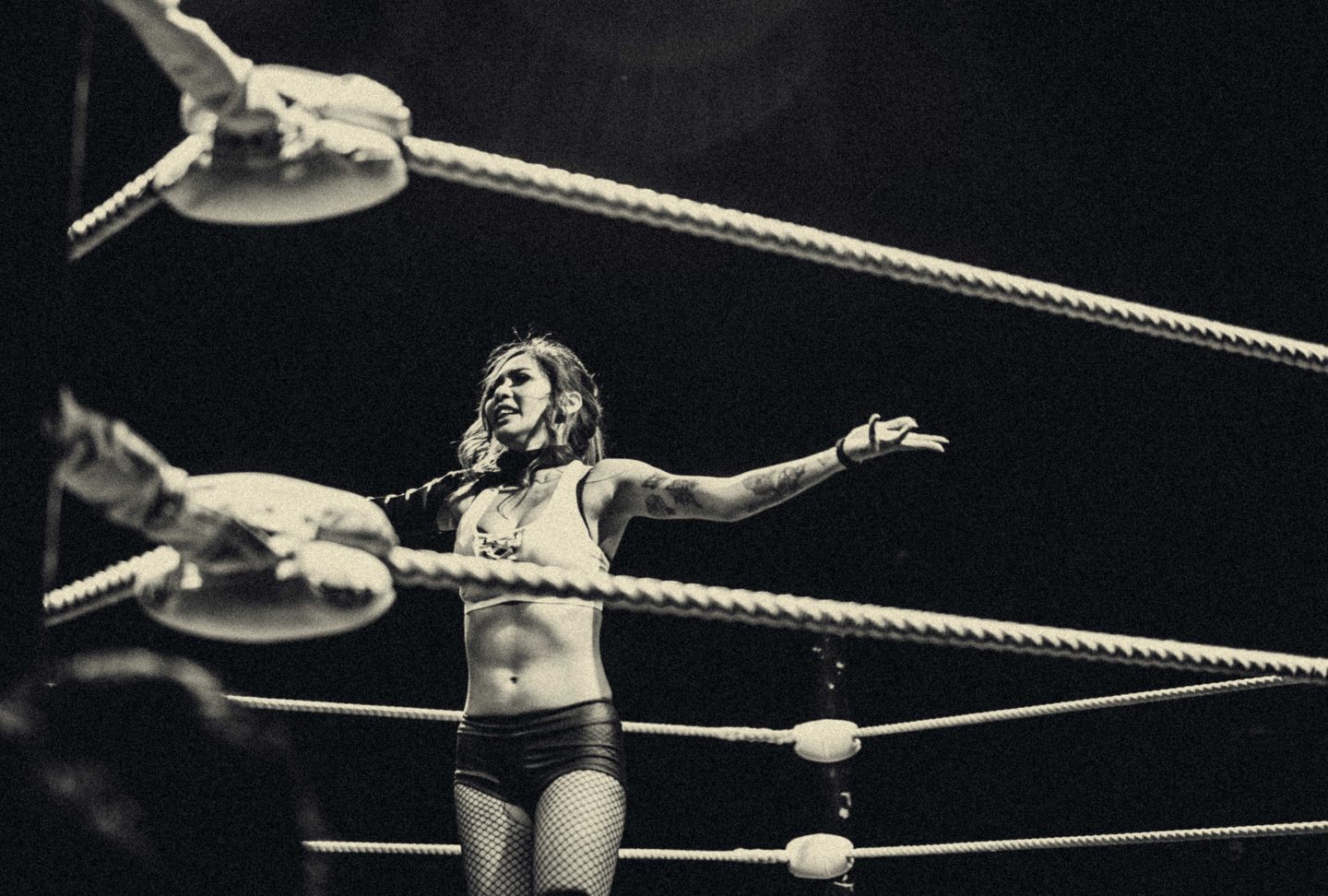 Crystal after her match with the legendary Emi Sakura in “PWR: Path of Gold.”

Where do you see Filipinas in our wrestling scene heading?
I see myself heading to WWE because that’s my goal. If it were up to me, I will push the women really hard until one day we get our own belt—a PWR women’s championship belt. That’s what I want to do.

I also want to inspire other Filipinas to try out wrestling. I’ve heard people say, “I’ve always wanted to be a wrestler. It was always my dream.” No one’s stopping you except you, so why not push yourself and do the wrestling? Just try to wrestle and then maybe the world can see that there is so much talent in Filipino wrestling.

We have so many amazing female competitors in PWR like Jaye Sera, Robyn, and Jhemherlhynn. The spotlight has been on the boys for so long—it’s time for us to shine.

Seeing strong female characters on film feel empowering and as I’ve come to...