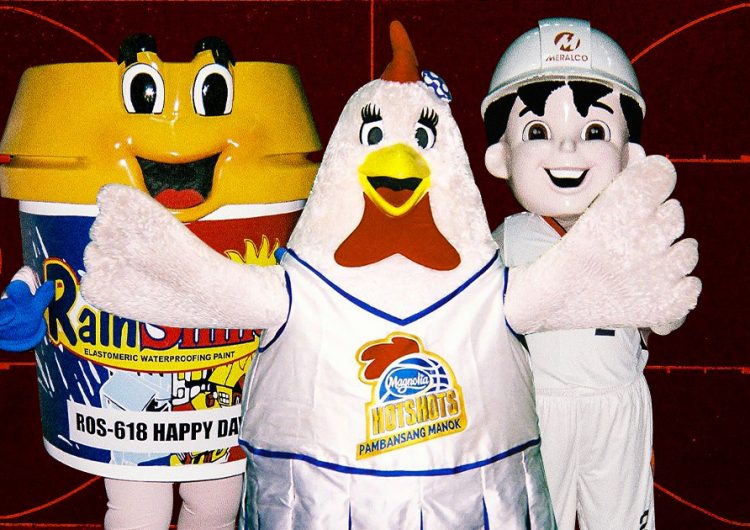 Thanks to the popularity of collegiate basketball and decades-old rivalries, I know the Growling Tigers, Bulldogs, Green Archers, Blue Eagles, and the Fighting Maroons…whatever that is. When I started working for a petroleum company’s men’s basketball team sometime in 2018, I had zero knowledge of the Philippine Basketball Association (PBA) even if it’s the second oldest professional basketball league in the world. The only knowledge I had of basketball then was “Space Jam” and singer/90s R&B Princess Brandy was the prom date of NBA legend Kobe Bryant.

I would drag my feet to live games and constantly wished I was working for a Victoria Beckham instead. But there were two things that I would look forward to during game coverage: the nachos and the mascots. By definition, mascots are supposed to bring good luck and represent the team. In the sporting world, they’re the kind of entertainment that either brings comedy or controversy. The PBA has a total of 12 teams and according to Jo Francisco, head of PBA Properties, only six teams have active mascots. And among the mascots, here are my favorites.

Lia, Magnolia Hotshots Pambansang Manok
Lia is the one whose grind I respect the most. Not only she is present in all games— be it in Mall of Asia Arena in Pasay to Ynares Center in Antipolo— she also follows the uniform assignments of the league to match her team. Aside from entertaining fans with current dance trends, Lia also warms up with the team before the game starts.

One of the new kids on the mascot block, Boy Liwanag lights up the game with his fluorescent white complexion and bright smile. Boy Liwanag also can’t shake off the mothership’s hard hat policy even on the court.

The week prior to shooting Unique, his manager, Kean Cipriano, called me a...