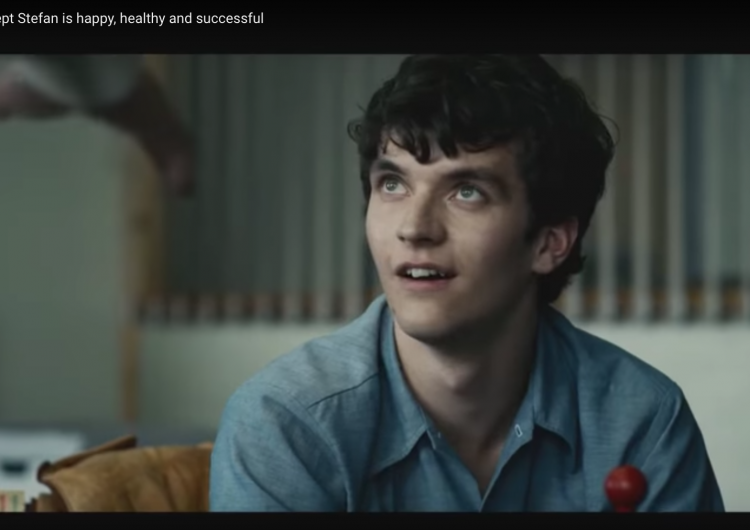 If you’ve been following Black Mirror for a while, you’d know that a happy ending is almost nonexistent in its morbid, tech dystopia universe. It’s a world where sentient code is subjected to ordeals that violate their pseudo-human rights, terrorist robot dogs that hunt humans down for no apparent reason, and new class orders that are built on ratings in an app. Not a pretty picture, quite obviously.

Black Mirror’s recently released standalone film Bandersnatch wasn’t much of a fairytale either. What’s worse though is that since we control the protagonist Stefan’s fate, it’s our fault.

If you’re part of the miserable “I Ruined Stefan’s Life” club, this clip by YouTube user Kundel Bury that stitches together an alternate fanmade ending will soothe your soul:

Here we see Stefan playing an upbeat ’80s track as he’s on his way to Tuckersoft. The music continues on in the background as he accepts the job offer, goes through a semi-healthy creation process via montage, receives a compliment from his therapist on his growing confidence, and finally gets stellar reviews from the infomercial TV guy. The clip closes out on him watching the program with a happy smirk.

The 48-second clip probably contains the only nice moments that Stefan has in the alleged 312 minutes of footage shot for the interactive episode. Still, this is probably as much of a Black Mirror victory as we’re going to get.

Feel free to hug your knees to your chest, forget Pax or the 8:30 train, and watch on repeat.