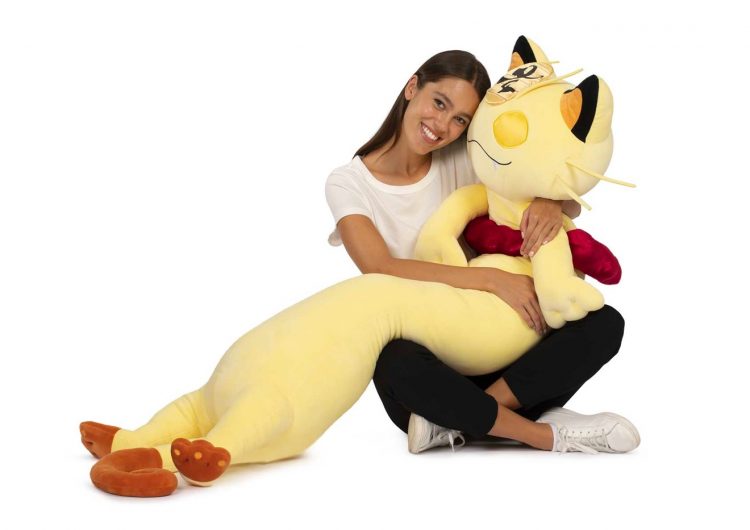 In today’s episode of “Unnecessary Pokémon Merch That I’ll Probably Get,” we have Team Rocket’s very own Meowth. But in five-foot long, Gigantamax glory.

The Pokémon Center officially unveiled the character in its jumbo, Gigantamax form, straight from its powered-up version in “Pokémon Sword and Shield.” The plush is one of the largest pieces sold in the center, as it’s 65 inches in length, making it a 1:20-scale version of its video game counterpart.

The proud owners of this needlessly long plushie can prop it up to stand, highlighting its five-foot stature. Made from polyester and other soft materials, its so-called dangerous smile will keep your nightmares at bay. (Or fuel them, either works.)

However, here’s the catch—The Gigantamax Meowth plush’s cost might be as hefty as the product. It comes with a price tag of $299.99, which is approximately P14,406. If that’s a price you can pay for the Pokémon-themed cuddle sessions you deserve, then wait till the Pokémon Center restocks at its site.

On the other hand, we’ll always have Gengar’s mouth that doubles as a sleeping pad.

Read more:
Poké fans, you can rest in Gengar’s mouth in this new official merch
It’s true, you can play Pokémon Red on Twitter now
These Pokémon chocolates are made for you and your equally weeb S.O.

If there is one system that the Duterte government has managed to effortlessly...