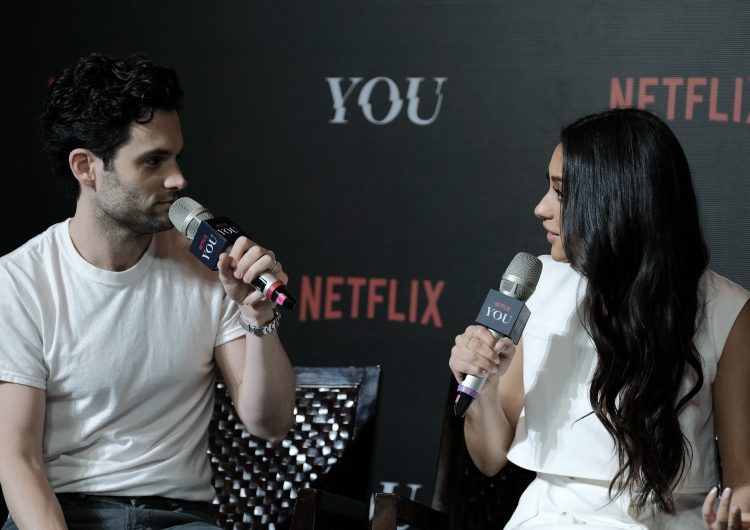 Unless you’ve been trapped in a basement somewhere, you’ve probably heard of Netflix’s new blockbuster show, “You”. I’d preface the title with a genre, but this particular program is so topsy-turvy complicated that I’d just describe it as a smash hit—and it’s probably just because of that complexity that “You” has reached such a status. Is it a thriller? Maybe, but there’s meet-cutes and pillow talks, so maybe not. Is it horror? It might be, but there’s no seances and demons. Is it a love story? This, it is absolutely not.

Considering the show is unboxable by a genre, we’ll let the official synopsis speak for itself. It goes, “Obsessed with an aspiring writer, a charming bookstore manager goes to extreme measures to insert himself into her life.” As everyone who’s watched the full season knows, “extreme” is still an understatement.

Now, if you haven’t watched the entire first season just yet, I advise that you turn away lest you spot a spoiler. I also advise that you go bingewatch it right now, because how can you even handle not knowing what’s going to happen next to poor Beck (and every immediate person in her vicinity)?

We recently got to talk with Penn Badgley, who plays the not-so-protagonist Joe Goldberg, who also agrees that “You” is anything but a love story. “I think the point is that, if we’re desperate for what we call love, we probably are not going to find it. We’ll try to create it. And then we’ll make bad decisions,” he says when asked about the show. “We have made the word “love” so small, and we’ve actually made it mean the same thing as sex, a lot of the times. And it’s just, it’s so like, it’s so distorted and bankrupt, and this show plays with that.”

“I think the point is that, if we’re desperate for what we call love, we probably are not going to find it. We’ll try to create it. And then we’ll make bad decisions,”

“You know, it’s like, the only way you can end up at abuse is if you’re grossly misunderstanding the purpose of a relationship.”

There has also been an alarming number of people who are attracted to Penn’s character on the show. I’ve seen tweets saying that they have a “soft spot” for Joe. “He just cares,” another viewer writes. A lot of tweets also start with “We love you even if…” Even if he murders anyone who remotely bats an eye at Beck? Right.

Even Penn himself is not in love with his own character. “I feel like Joe is the typical, prototypical, like, brilliant white man who thinks he’s the most brilliant man on earth. But like forgets that there’s other cultures, that there’s women, that there’s, like, old and young people,” he tells us. “He’s the center of his universe. And he’s like a typical American man, in that way.”

Here’s Penn getting exasperated at the fact that he’s reached a million followers on Instagram, but at the expense of playing a psychopathic murderer that everyone is apparently getting the hots for. Definitely a mood.

On the other side of the ring is fellow Beck obsessor, Peach Salinger, who we find out later in the show is also “in love” with our writer slash damsel in distress. She is played by the enigmatic Shay Mitchell, who we were also able to have a chat with the same afternoon.

Although Peach has her own share of issues, her actor Shay doesn’t think her character is a bad person. “I don’t think she was born a villain, I think that her past circumstances have made her who she is, you know. I think the lack of love from her own growing up just brought on a lot of insecurities with who she is,” she tells us. Her character’s backstory is one of an old money princess’—a constant demand of unyielding, cold perfection. So putting aside her constant manipulation of her friends along with the stash of creeper photos of Beck, I could kind of feel for her.

The show puts us face to face with many different types of toxic relationships, and Shay wants people to know that you should never have to just take it lying down.

However, let’s call a spade a spade: Beck and Peach’s friendship was downright toxic. The show puts us face to face with many different types of toxic relationships, and Shay wants people to know that you should never have to just take it lying down. “I think people can see almost their own relationships as similar and be like, huh, maybe it’s not good that I’m friends with so-and-so, you know, they don’t treat me that nice all the time. I think you have to question why you like it,” she says.

“I wish she should’ve just really taken her to go and get help. Or just, like, brought it to her attention, like, ‘you’re just not nice, no one wants to be around you.’ It’s either you fix it or just go.”

Shay also tells us that she’d never deal with a Peach in real life for long, and to not be afraid to just be straightforward with a friend that may have some issues to deal with. “I really wish that Beck had realized that earlier on instead of just trying to deal with it and fix it, I wish she should’ve just really taken her to go and get help. Or just, like, brought it to her attention, like, ‘you’re just not nice, no one wants to be around you.’ It’s either you fix it or just go.”

Just how much of our twisted forgiveness of these disturbed characters spill out into real life?

Our conversations with Shay and Penn show just how “You” is layered with many different things—the implications of social media, the concept of modern love, the complexity of toxic relationships, just to name a few. But the very worrying fact of the matter is, it might just be a big mirror of how society’s collective perception of these tropes have become warped, and therefore dangerous. Just how much of our twisted forgiveness of these disturbed characters spill out into real life?

So for everyone who’s watched the show, myself included, I hope that we all set aside Penn’s razor sharp jawline and focus on the all-too-real implications of toxic relationships in “You”. If you find yourself attracted to a stalker/killer like Joe, or a manipulative friend like Peach, maybe find time to sit down and check yourself.

By Coleen Ramos. Illustrations by Armaine Yapyuco K-Pop had taken over the Philippines...

The Picrew hype definitely isn’t over yet—especially with talented artists like Mitchographer who...