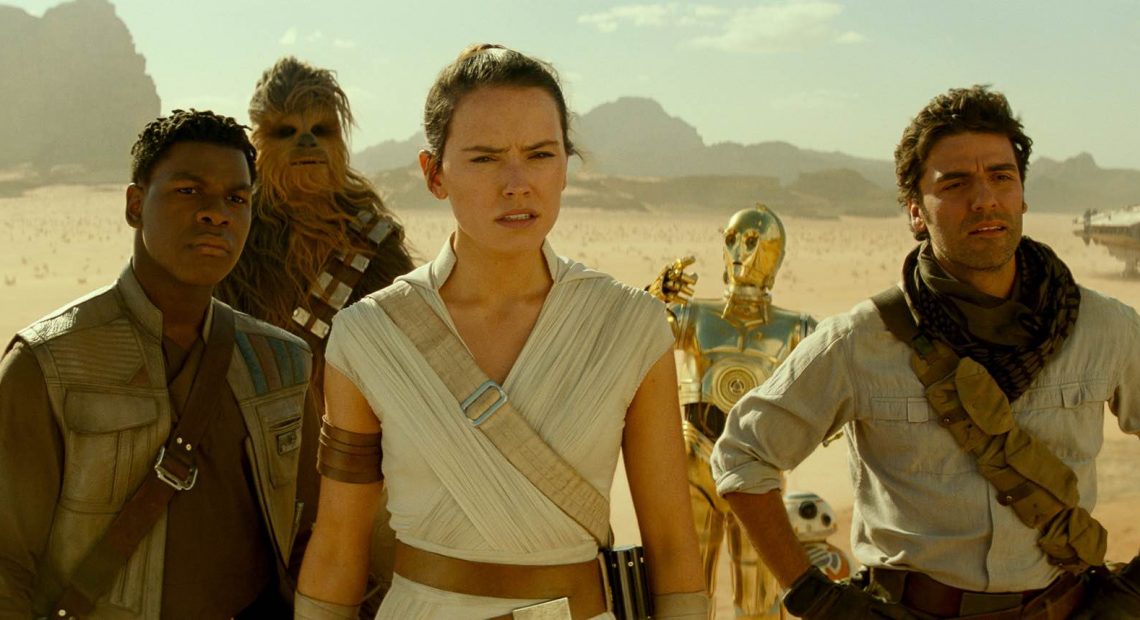 Every “Star Wars” movie is introduced with a line straight from a storybook’s first page: “A long time ago in a galaxy far, far away,” otherwise known as the space opera version of “once upon a time.” While this story plays with the backdrop of distant galaxies, fleeing starships, and elegant weapons for a more civilized age (as Obi-Wan Kenobi calls them), the saga highlights the most basic tenet that its creator, George Lucas, founded the movies on: “Star Wars” was a fairytale set in space, with mythological proportions. As the saga’s conclusion, there was a lot riding in on “The Rise of Skywalker” to deliver that same degree in wrapping up a 42-year-old arc—and unfortunately, it didn’t hold up.

After 2017’s release of “The Last Jedi,” the “Star Wars” fandom went into chaos. Critics loved it (it’s Certified Fresh on Rotten Tomatoes with a score of 91 percent), but audiences were divisive. There were those who expressed their distaste online, where hashtags like #NotMyLuke popped up left and right. So-called fans complained about the drastic change of Luke Skywalker’s characterization from “Return of the Jedi’s” heroic ideal to a suppressed middle-aged hermit. That gripe was just the tip of the iceberg of the many complaints lodged directly at director Rian Johnson. For some reason, “The Rise of Skywalker” hoped to rectify that, then ending up sacrificing good storytelling in the process.

Finn, Rey and Poe in “Star Wars: The Rise of Skywalker”

The conclusion suffered because of its infamously contentious fandom, and the fact that the filmmakers heeded to the toxicity. Filled to the brim with fanservice, the last of the saga checked off a to-do list many subsets of the fandom demanded, resulting in an incoherent Frankenstein of a film. In attempts to please everyone, it ended up pleasing nobody.

“The Rise of Skywalker” starts off one year after the events of “The Last Jedi,” where we see the gang of Resistance fighters huddled in the Millennium Falcon. The scene eventually transitions to their base, with Rey in the midst of Jedi training under General Leia Organa’s supervision. During a meeting, characters find out that big bad Emperor Palpatine has resurrected for some unknown reason, they easily accept it, cue fast-paced action-adventure, trite one-liners, and you know, pew pew pews.

[“The Rise of Skywalker”] checked off a to-do list many subsets of the fandom demanded, resulting in an incoherent Frankenstein of a film. In attempts to please everyone, it ended up pleasing nobody.

From the looks of it, “The Rise of Skywalker” desperately wanted to erase “The Last Jedi” out of canon. Sure, there was a brief nod to Porgs (bird creatures that brought the adorable and profitable factor before “The Mandalorian’s” Baby Yoda came into the picture), but some felt more like a direct insult to its previous movie. A character directly references the “Holdo Maneuver,” a term originated from Reddit, born out of misogynistic complaints for Laura Dern’s “The Last Jedi” character. Characters regressed as if their developments didn’t happen in the previous film—former stormtrooper Finn’s self-actualization reverted back to clinging to other characters, screaming for Rey like it was the first film all over again. Rose Tico was sidelined to a role more like a cameo, compared to her prior front-and-center role that delivered lines defining the saga’s overarching theme (“Not fighting what we hate, but saving what we love”).

Rey in “Star Wars: The Rise of Skywalker”

Instead, “The Rise of Skywalker” banked on nostalgia, just as “The Force Awakens” did. The saga’s last film lined up an assortment of ingredients from past movies, mixed them into a pot, crossed their fingers, and passed it off as a film. Most of the dialogue was used for the sake of plot exposition (All was missing was for characters to stare at the camera, saying, “Hey, audience, this is what we’re doing next!”), not to further relationships between characters. There were G-rated planet-killing explosions you’d come to expect from “Star Wars,” but less of the heart that you’d recognize from the saga. With more spectacle than character, “The Rise of Skywalker” was riding on the Marvel train—a franchise that it was proud not to be, or so we once thought.

Read more: Is Rey heading to the dark side in ‘The Rise of Skywalker’?

Even the supposed grand plot twist turned out to be a let-down. The iconic reveal of Luke Skywalker’s parentage in “The Empire Strikes Back” heightened the stakes while emphasizing familial love that transcends evil. “The Rise of Skywalker’s” hinged on shock value and nothing more, while having no foundation in the previous films.

Rey and Kylo Ren in “Star Wars: The Rise of Skywalker”

However, there’s some light in this dark mess that even Emperor Palpatine can’t be proud of. Moments in the film edged on Shakespearean, from the reunion of Ben Solo and (spoiler alert!) his father Han, knocking on the conscience of the previously-named Kylo Ren à la “Hamlet,” which eventually becomes the turning point for Ben’s redemption. And while the lack of a happy ending is off-putting in the land of “Star Wars” (and frankly, disrespectful to George Lucas), the “Romeo and Juliet”-esque relationship between Ben Solo and Rey provided a chunk of the movie’s emotions.

The saga was about hope, love, redemption, and the intensely human characters that play in its world, despite being set in space. “Star Wars,” at its heart, is a fairytale. Somewhere along the line, its filmmaker forgot it.

There comes a point where pandering to the fans sacrifices art, be it because of their need to dodge the hate or to appease good ol’ Disney capitalism. The 2010s’ obsession for nostalgia has led to the pitfall of cinema, with “The Rise of Skywalker” being the latest example.

What made me a lifelong “Star Wars” fan wasn’t because of the lightsabers, battles, and the x-wings flying about in make-believe planets. The saga was about hope, love, redemption, and the intensely human characters that play in its world, despite being set in space. “Star Wars,” at its heart, is a fairytale. Somewhere along the line, its filmmaker forgot that. And one thing has left me wondering: Did we actually wait 42 years, only to have this end product? It seems that “The Rise of Skywalker” isn’t just the last Skywalker film—it’s the death of “Star Wars” altogether.

Stills from “The Rise of Skywalker”

Good news: We finally have the power to shut down grammar-based discrimination. Merriam-Webster...